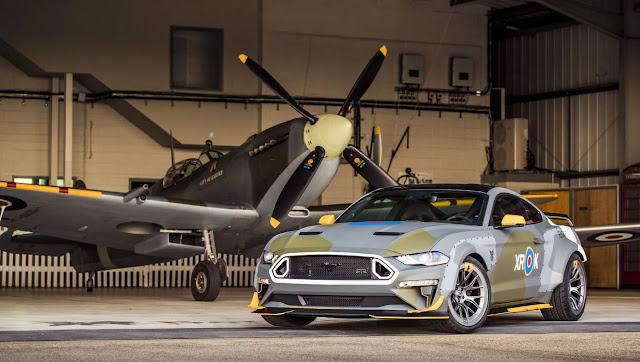 Designed to pay tribute to the Eagle Squadron and the Royal Air Force’s 100th anniversary, the one-off model was jointly developed with professional drifter Vaughn Gittin Jr. His involvement in the project is clearly visible as the car has been equipped with an RTR carbon fiber widebody kit.

The changes don’t stop there as the Mustang has a front spoiler, canards and an RTR illuminated grille. Designers also installed aerodynamic side skirts and a Gurney flap on the existing rear spoiler. Lastly, the car was given an eye-catching camouflage exterior which draws inspiration from the Spitfire fighters used by the Eagle Squadron. 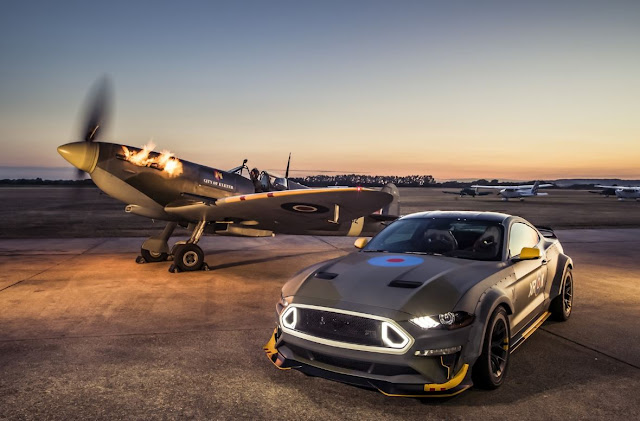