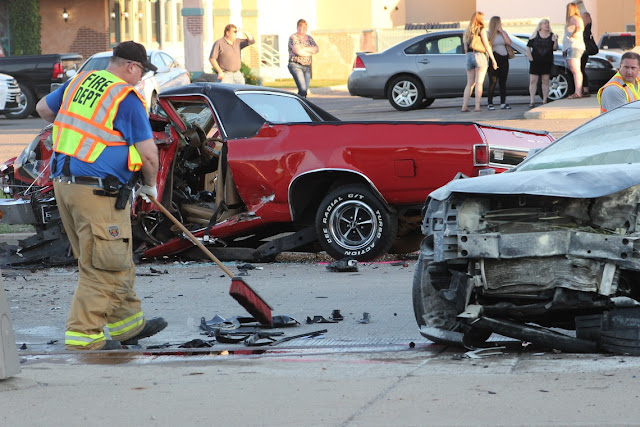 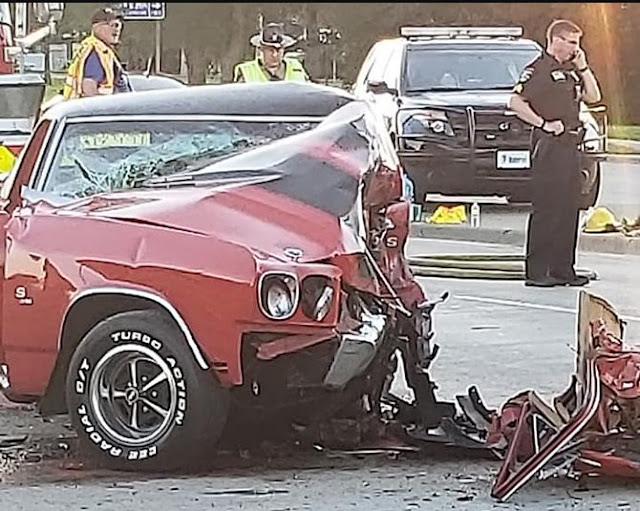 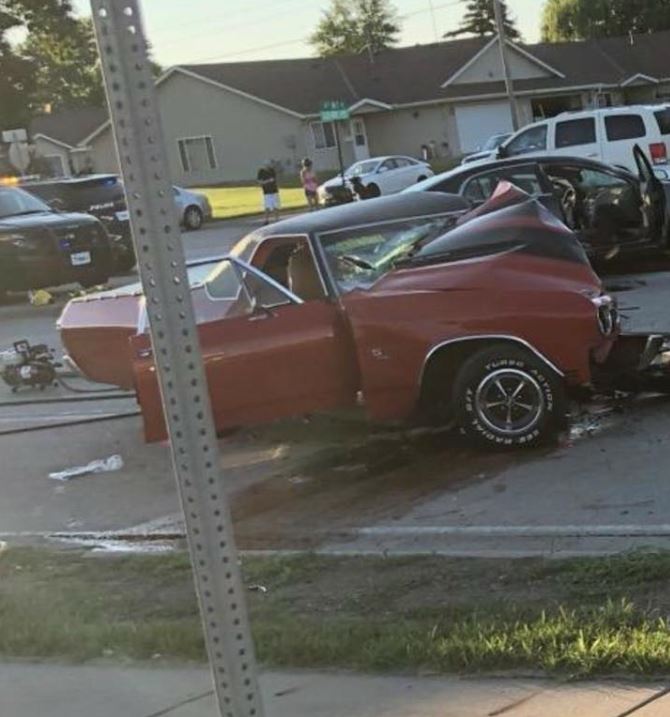 Division Street runs through a busy section of Waite Park. Monday night, it’s where 77-year-old Roger Nelson met a potential buyer of his 1970 Chevrolet El Camino. A car that won trophies. A car he loved.

Monday night, that car was crushed and 61-year-old Richard Tomlinson of Grantsburg, Wis., was killed as he was test-driving it.  Roger Nelson’s family members say he was a retired truck driver, father of four and a grandpa. Nelson, who was on the passenger side, also died.

“It was pretty catastrophic. I don’t want to speculate as to the speed of the striking vehicle, but from my experience, it would seem to me that he was traveling at a pretty above the posted speed limit,” Waite Park Police Chief David Bentrud said.

Police say the wrong-way driver, Charlie Barnett, had just gotten out of jail that day after violating an order for protection.

According to state records, Barnett’s driver’s license is revoked. It also showed he was arrested and booked into the Stearns County Jail on July 8 and released on July 9 after being cited for a misdemeanor no-contact order violation. It’s his fifth no-contact order violation out of Stearns County since being charged with domestic assault in January 2018.