Norman Johnson's Upside-Down House, a gimmick to drive traffic to Sunrise Golf Village. Over there, similar, but right side up, houses were for sale. It was the 1st gimmick upside down house, and started a thing around the world of copycats for tourism 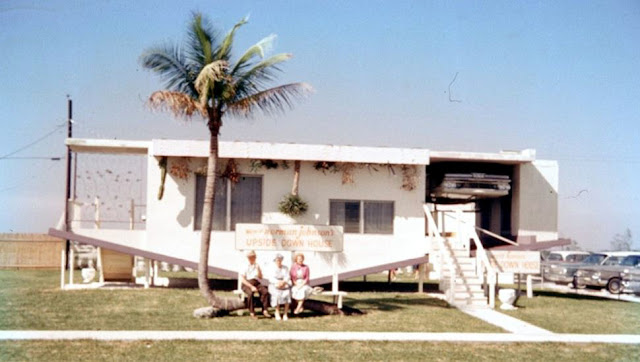 above 1966, a photo from an extended family member's really old slides, or photos. They took a vacation in 1966 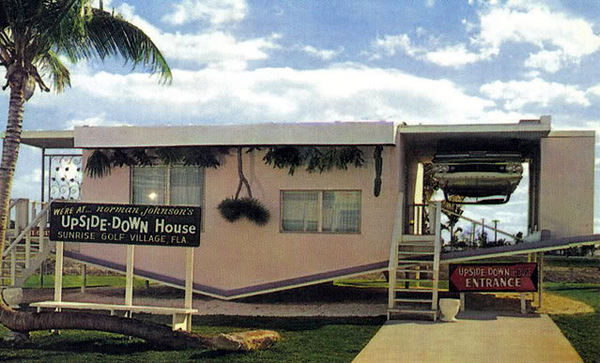 Norman Johnson was the founder, developer, and mayor of Sunrise Golf Village, at the I75 and I595 by Ft Lauderdale on the edge of the Everglades.  Gov. Farris Bryant appointed Mr. Johnson its first mayor, even though he was not a resident of the village and never would be

Norman Johnson decided to call his community Sunset Village. But the few residents who lived there, mostly retirees, complained that Sunset sounded too final, so he named it Sunrise Golf Village.

Norman’s plan was to subdivide his land and sell plots to northerners who wanted to build a Florida home. The problem was no one had ever heard of Sunrise, since he’d just created it. Getting the word out to prospective buyers was proving to be a challenge.

Bruce Johnson said his father was driving along Car Row -- 36th Street in Miami -- in mid-1960 when the promotional idea he needed popped up in front of him. As he pulled closer to what he assumed was an accident, he saw drivers stopping to gawk at a car placed upside down in a car lot.

By July 1960, the Upside-Down House had been built for $11,500 on Sunset Strip and opened to the public. Furniture and fixtures were bolted, nailed, wired, glued or welded in place, a Pontiac convertible was parked in the carport and shrubs filled a planter in front of the home -- all upside down.

``We needed something really outstanding that would attract people into our subdivision,`` Mr. Johnson said in 1985. ``This brought the people out, plus they were talking about Sunrise and found out where it was. The only problem was you had to change the plants every two months, because they`d turn around and start growing toward the sun.``

The media ate it up! They wrote stories that made the house sound like one of the seven natural wonders of the world, right up there with the Grand Canyon. Life magazine published a full-length feature complete with photos.

When the car was being turned upside down, a chain broke, and the back fender was crushed 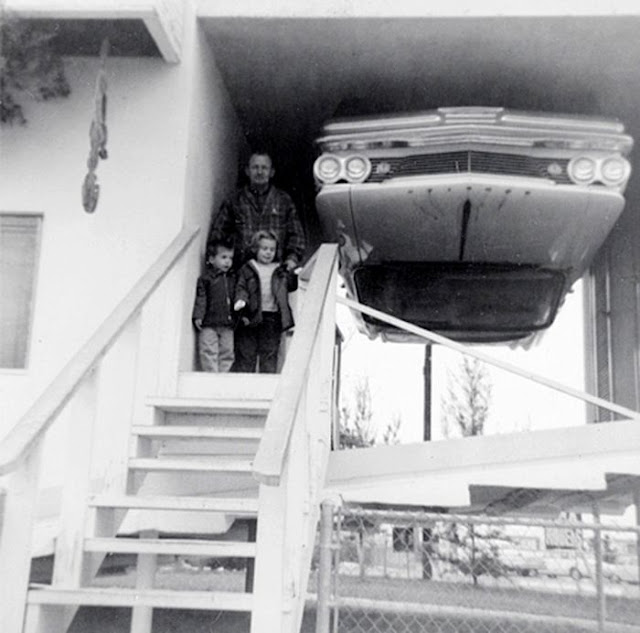 Development was nothing new to the Iowa-born Mr. Johnson. He was training as an Army Air Force pilot when World War II ended, and soon after his discharge he moved to Davenport, Iowa, where he built 200 homes before moving to south Broward in 1948.

One of his first ventures in Florida was constructing the Adobe Hacienda motel in Hollywood. He ran the inn, which still stands, for 10 years before selling it.

A short time later, he bought a small private airport and began developing several hundred homes in his Look subdivision, between what is now Johnson and Sheridan streets and Dixie Highway and Interstate 95. He used the airport runway as the community`s main street, his son said.

His Plantation Isles subdivision followed in 1957, and he moved his family into one of the first homes he built. He later was president of the Plantation Chamber of Commerce.

Sunrise came next. He built the state`s first ``true`` condominiums, developed his village and was mayor from 1961 until 1967, when John Lomelo was elected to the post. He set up an office on a road he had named Sunset Strip -- after his favorite television show, 77 Sunset Strip -- and had the Postal Service number the building 77 even though it was out of sequence. 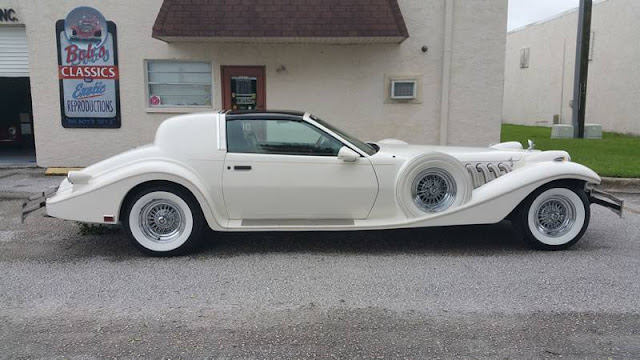