Memorial convoy for Polish hero truck driver, Lukasz Urban, who was 37 years old in 2016, when shot and stabbed by a terrorist who hijacked his truck and drove it into the crowded Berlin Christmas market 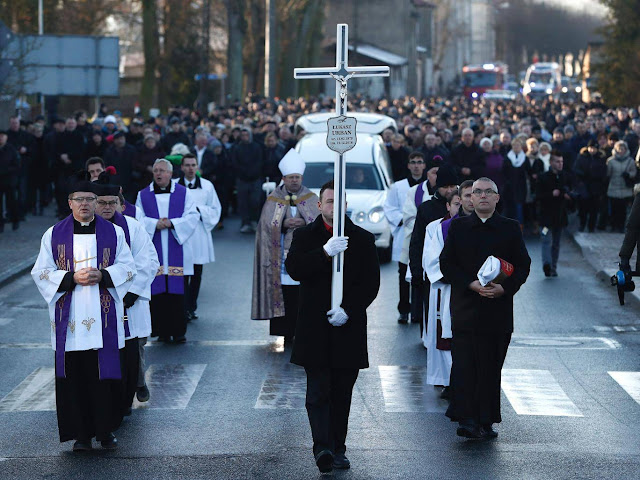 Lukasz Urban from the western village of Roż nowo, near the border with Germany, has been described as the first victim of the attack on December 19 that killed a total of 12 people and injured at least 50. He had been an exemplary truck driver for 15 years. 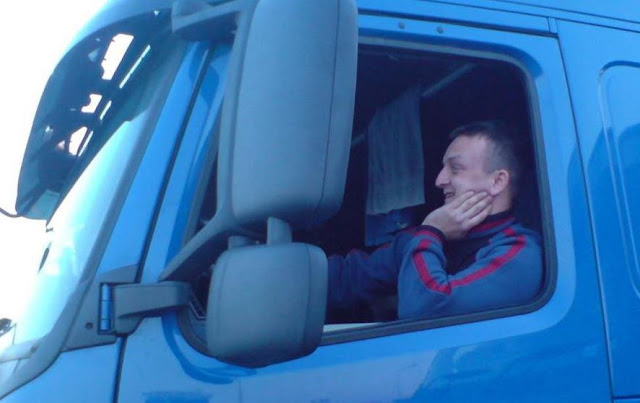 He was waiting to deliver a shipment of steel in Berlin when his vehicle was hijacked by 24-year-old Tunisian national Anis Amri.

Urban arrived in Berlin on Monday morning, a day ahead of schedule, to deliver 25 tonnes of steel beams to ThyssenKrupp, but they turned him away because the docks were full, and unable to unload the beams at the moment, which had originated in Turin, Italy.

“He arrived at the facility and asked if there was a slot available, which we could not offer because it was full. So we asked him to come back at his scheduled time, [on Tuesday] morning,” the spokeswoman for ThyssenKrupp said.

“Poles have fallen victim to terrorist attacks carried out by Islamic fundamentalists but the tragedy that happened in Berlin is unique when it comes to the ruthlessness and cruelty of the perpetrator,” Ms Szydlo said.

A fundraiser is set up for his family by a UK trucker https://www.gofundme.com/lukaszurban 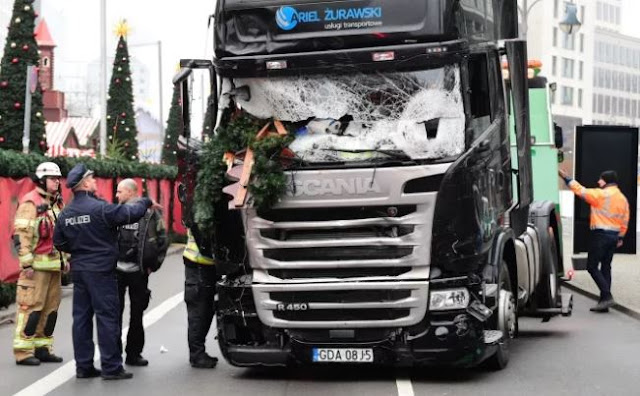 Survivors described how the kidnapper steered the lorry into places where there was the highest concentration of people. The market, which was next to a major road, enabling it to pick up speed. At 8pm it smashed into the wooden market stalls at around 40mph, killing 12 people and injuring another 50.

Lana Sefovac, a Bosnian who lives in Berlin, said: “The first thing I saw was wood flying all around because he literally smashed the first wooden booth by driving very fast. He was driving directly toward us, directly into us, but then he made a turn because he did not want to drive into (our) booth but where people were. He wanted to run people over.”

A European Arrest Warrant also showed he used six different names, under three different nationalities, the Associated Press said, and he had an asylum claim rejected in July.

In 2011 he fled to Italy after being charged with armed robbery in Tunisia. Claims asylum as a minor.
Sent to prison for four years after committing a series of crimes, including reportedly burning down a school. Italy kicked him out, without pointing him in the direction of Tunisia, or any other muslim country.

He arrived in Germany, where they had the good sense to reject his appeal for asylum, but, didn't find they had the right paperwork to deport him. (Why not a parachute, and toss him out a plane over Tunisia, or any other muslim country?)

Once again it is found that the police failed the people, by knowing of a muslim extremist and not deporting him. The 24-year-old was put under covert surveillance by German authorities for more than six months after they received a tip in March.

Surveillance was called off in September after turning up nothing more than him dealing drugs in a Berlin park and getting involved in a bar brawl, also charged with assault, he didn't bother appearing in court. Apparently, German law enforcement doesn't find immigrants with this behavior warrant being brought to the nearest border, and kicked in the ass to show them the motivation to move off, in a direction away from Germany.

But Mr Jaeger said security agencies swapped counter-terrorism information about him as recently as November.

German media reported that Amri was not deported because Tunisia initially claimed he was not a citizen and he did not have the correct papers to be repatriated. (they don't want him returned, obviously).

Authorities said the "modus operandi" of the attack had echoes of July's atrocity in Nice in the south of France, in which 86 people died, with the target of the attack "highly symbolic".