Armor All... did you ever see the original advertising mascot? 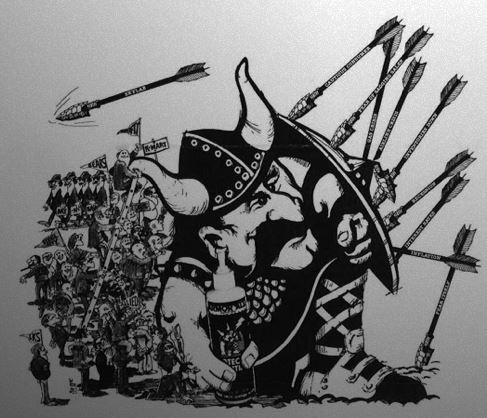 The original label (in the viking's hand) say's Protects and Beautifies, it's also below, in the advertising

did you notice the arrows have words? "Fear of nagging sales" is one, "Skylab" is another. "Fear itself" and "Inflation"

it's quite the complicated piece of art, with all the people the viking is shielding, and their banners. It's a lot like a Beatles piece of hand drawn art. Very busy.

Well, it was invented in 1962, by polymer chemist Joe Palcher, Joe discovered a “miracle formula” that protected rubber, plastic, and vinyl from UV radiation and ozone.

A pinterest post contradicts the official website info, and says
"Byron Quivey, a race car builder, racer, and a custom wheelwright who owned a service shop in Santa Ana, was instrumental in the origin of the product called Armor All. He had a friend named Joe Palcher who was a chemist who had a product my grandfather encouraged him to produce"

It's quickly sold off, and resold, and resold - as a company I mean. It looks like it took a while to catch on and get marketing, distribution, and consumer demand.

In 1966 Briggs Cunningham was using it on the cars in his museum (according to a editorial in Street Rodder Jan 2018 issue) and motivated Joe to get into sales and production of his miracle juice. They named it Tri Don, that's No Dirt backwards

In 1972, marketing expert and car enthusiast Alan Rypinski bought the rights to Joe’s company, renamed the product Armor All® Protectant

The original art was too busy for all these fast slick corporate types with no soul, so they simplified it, and changed the arrows to a bolt of lightning, the bottle in his hand became a hammer, and they beat the cool factor out of the mascot original art until it was a rubber stamp simple design 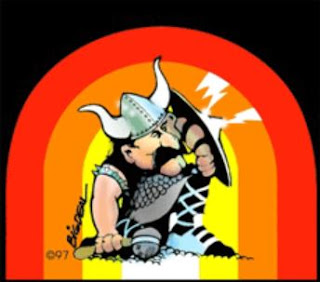 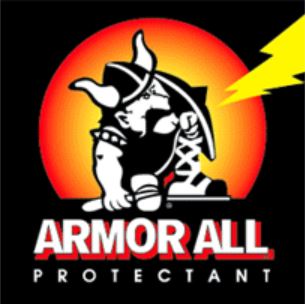 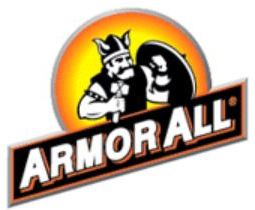 the new execution of the Armor All Viking has been sanitized of anything that might be considered a dangerous weapon; the spike on the shield, the spiked arm band, the axe — even the horns on his helmet have been turned inward so as not to hurt anyone. 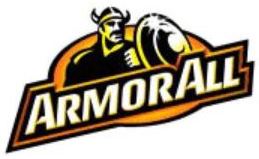 How about that? When Clorox bought it, they worked it over so it was more like Mr Clean 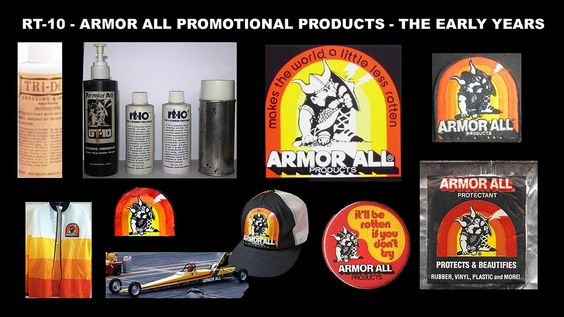 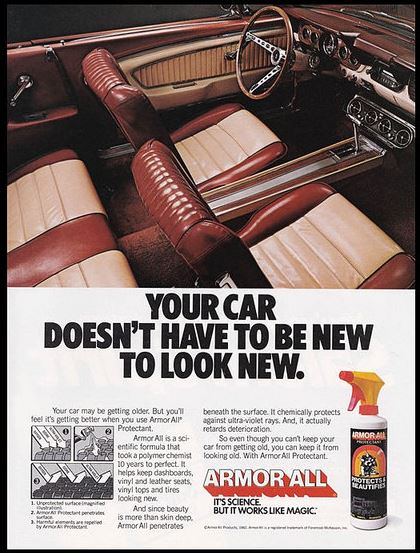 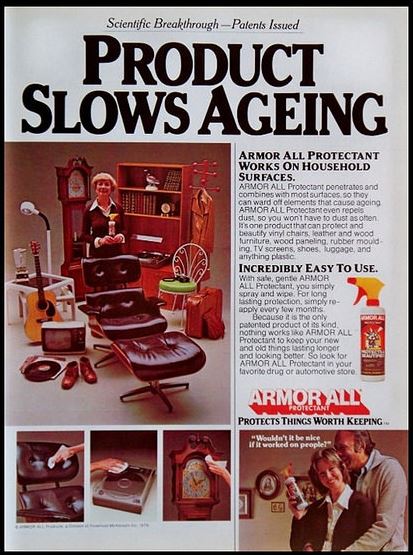 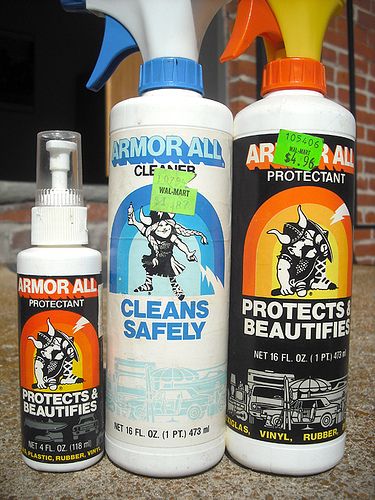