the Mystery airplane ( turned out to be Handley Page HP42. Eight were built ) 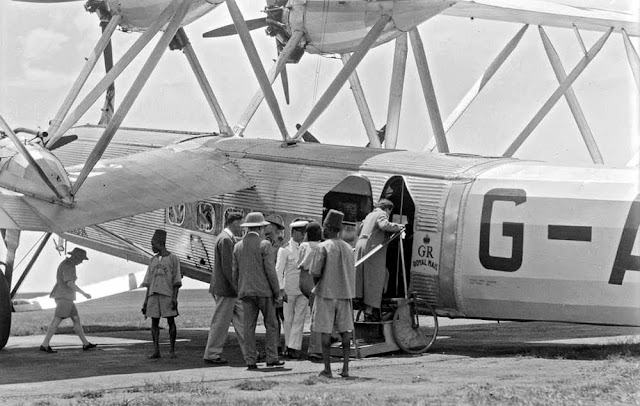 the clothes the people wear, seems to indicate a hot climate, the pith helmets and GR Royal Mail indicate the British, so my guess is South Africa

Marc commented An Imperial Airways Handley Page H.P.42E based out of Cairo for Africa and India routes. They went into commercial service in 1931, all were transferred to RAF service at the start of the war. Carried up to 18 passengers in two (luxurious) compartments over 500 miles at a rather stately cruise speed of 100 MPH. The fezzes scream Morroco or elsewhere in northern Africa 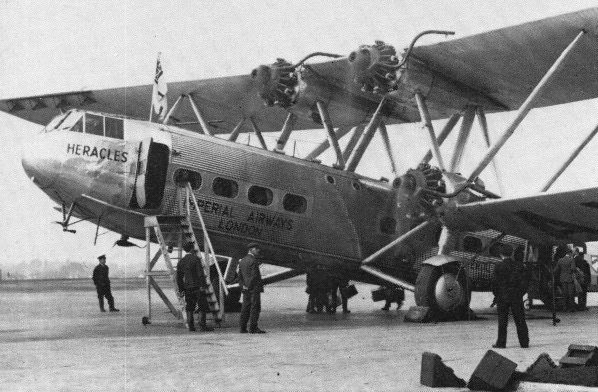 Labels: airplane, what is it