A young mechanic just bought a 1913 Harley, and couldn't use it in the winter, so... he re-purposed it as a snow machine in the winters 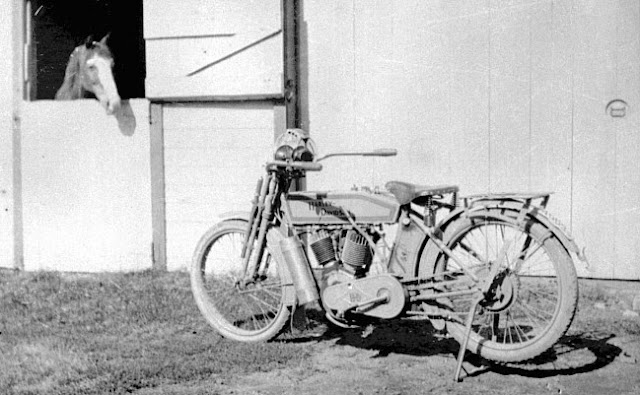 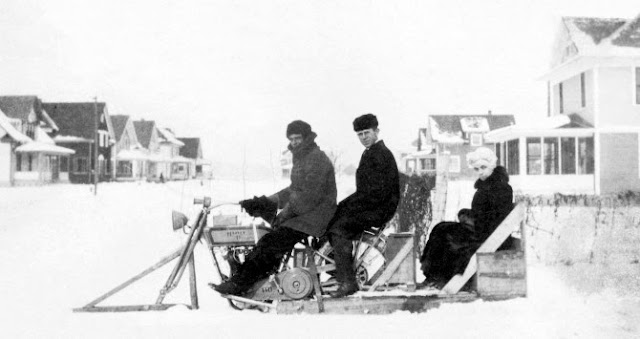 It was about this time [1911] that the demon motorcycle was evolved and one of Ames' young mechanics, Harlan Ramey, bought one. He and another daredevil, Bill Thull, could be seen streaking over the countryside on their noisy steeds. The cycling costume had tight legginged trouser and cap that generally had to be worn brim backward, for the early cycle had no windshield at all. Some inventive youngsters refused to give up sport even come winter and so they made a homemade motor bob. Niva Nichols rode in the back seat.

photos and text from http://www.ameshistory.org/exhibits/tribune/11/wf_1103.htm via http://silodrome.com/harley-davidson-snowmobile/
at Thursday, December 26, 2013