Its a "Idroscivolante T108" it was built in the 20's by Prospero Frere. Its powered by a 9 cylinders Alfa Romeo engine. It was built to race in the Raid Pavia Venezia, which is a speedboat race on the river Po. It run in the 1929-30-31 and got in second place. 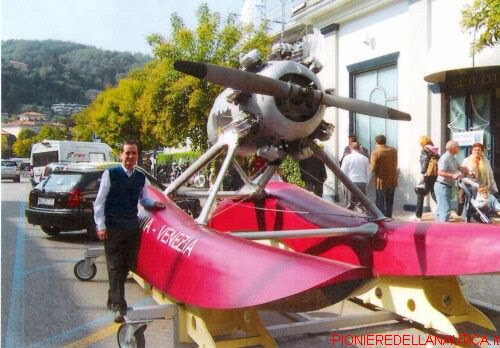 above photo found at http://www.pionieredellanautica.it/index.php?option=com_content&view=article&id=47&Itemid=72 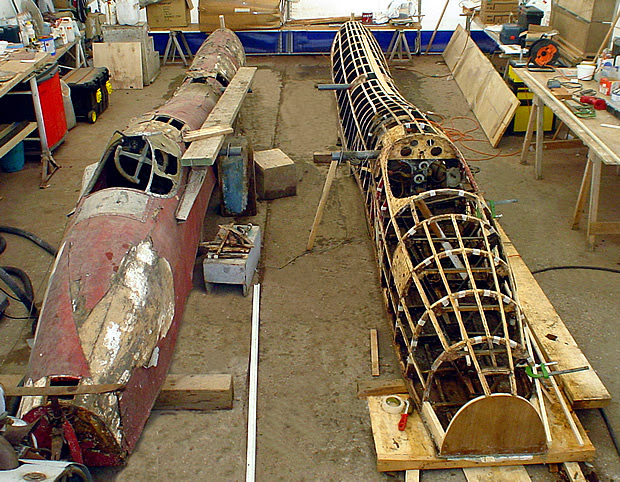 The SIAI, founded in Milan in 1915, became famous after 1922 with the advent as chief designer engineer Marchetti, became the first manufacturer in Italy of airboats and seaplanes for sporty nautical tourism.

The T-108 Freri was restored a few years ago by the boatyard Venetian Dalla Pieta.

The boat belongs to the National Museum of Science and Technology Leonardo da Vinci in Milan, who turned to Giorgio Dalla Pieta, worthy successor of his father Bepi, sophisticated manufacturer of pleasure boats and racing, he offered to do the work without charge, by pure passion. The condition of the Idroscivolante was critical when he arrived in the boatyard.

The restoration of the hulls required a complete revision of the original wood that had been patiently and skillfully given a new profile in laminated spruce. Tthen covered with sheets of plywood glued with marine epoxy and finished in polyurethane paint that mimics the colors and patterns of the original which was still a trace.

Curiously, on the side of the hulls was written XII raid Pavia-Venice. But the twelfth raid took place in 1952, but the last appearance of this airboat to Pavia-Venice was in 1939, the eleventh edition of the raid. Then, of course, Colonel Frere him prepare for the 1940 edition, the twelfth, in search of the long-awaited victory, but WW2 delayed all sports for the duration until society was restored. 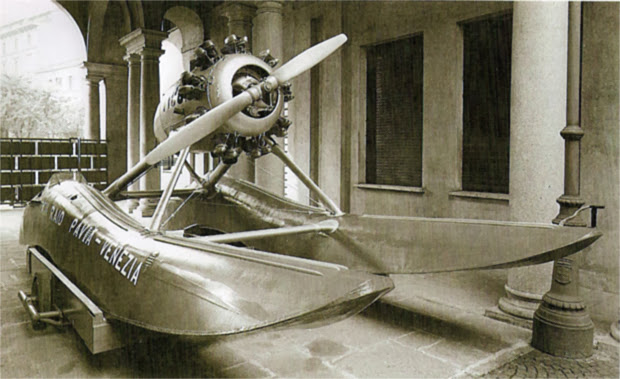 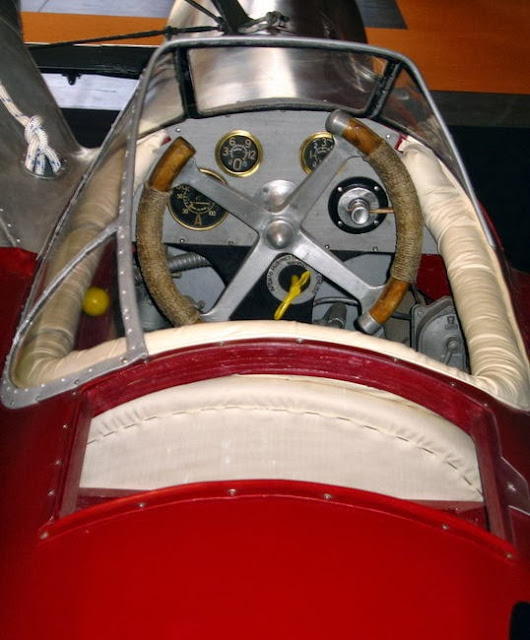 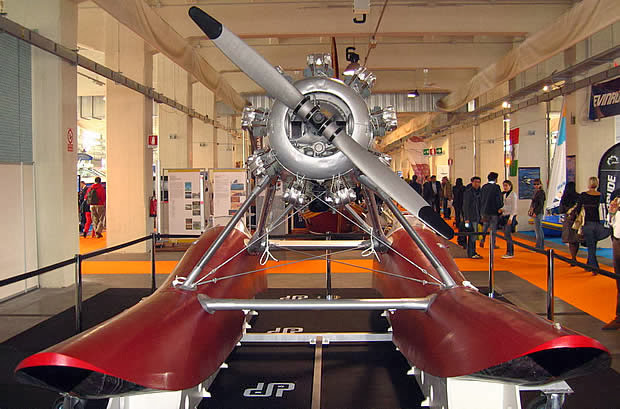