The last known 1942-47 Ford Skyview known to exist of the 44 produced Glass-Top bus of Brewster transport in Banff, Alberta Canada 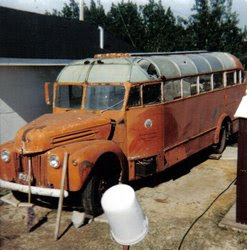 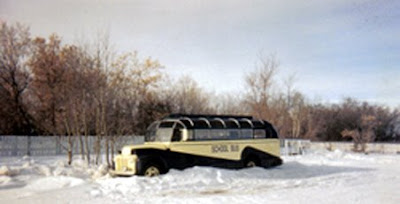 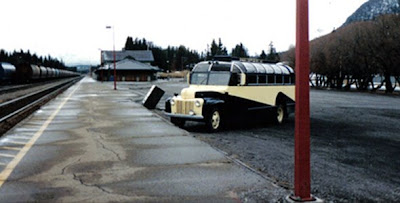 Above: the try at recreating the below 1946 photo of the whole fleet

For more of the story of it's being found, restored, and tv time: http://www.cardomain.com/ride/2563951
Back in 1942, Western Truck and Auto out of Winnipeg Manitoba Canada built a couple of Glass-Top busses for Brewster transport in Banff, they were well recieved and in 1946, 42 more were built.
These busses were used for a few years before they were "retired" from service and sold to the government, after the government was done with them they were all destroyed (as was the customary thing to do back then) But somehow this bus (#27) was not destined to that fate
at Thursday, March 26, 2009