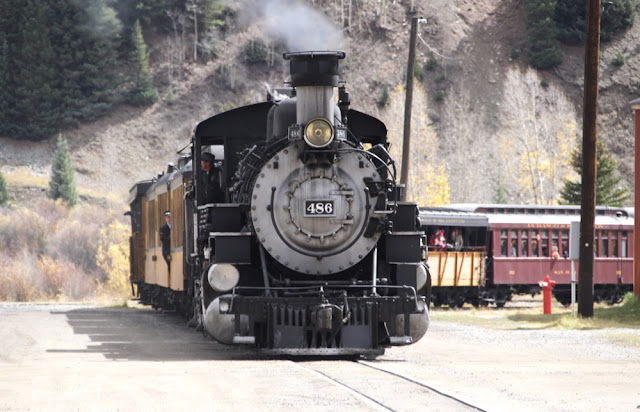 the U.S. Forest Service and Bureau of Land Management raising their fire precaution rating to its highest level. As of yesterday (Wednesday, May 18), operations resumed.

Durango & Silverton General Manager Jeff Johnson said that the railroad is “talking with the Forest Service on virtually a daily basis to make sure that we’re all aligned on the conditions as we operate.”

The railroad agreed to comply with a federal Fire Restrictions Plan as part of a March settlement over the railroad’s role in the 416 fire, a 2018 wildfire that burned more than 54,000 acres. The federal government had claimed cinders from a locomotive started the fire; the railroad contends it did not start the fire. The settlement was not an admission of liability.

Under the fire plan, coal-fired locomotives may not operate when the fire danger is at Level 2; any work that produces sparks or has an open flame is prohibited at Level 3; and all operations cease at Level 4, the current rating.
https://www.trains.com/trn/news-reviews/news-wire/durango-silverton-suspends-operations-because-of-fire-danger/