Touring Europe at 18-mph clip on a leisurely 7,000-mile trek through Europe in a 1901-model one-cylinder antique Knox auto. 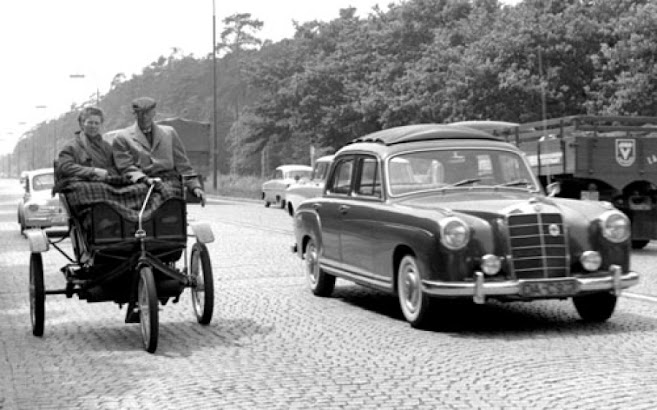 By Brendan P. Mulready | Stars and Stripes | Published: June 8, 1960
Believed to be the only car of its kind in the world that is still fully operational, the auto was one of 100 built in 1901 by the Knox Auto Mfg Co., of Springfield, Mass.

"I know of five others in museums but I have never heard of another still running," said Johnson, who, at 58, still wears a look of boyish enthusiasm when he talks about his car.

The Johnson travel saga really started in 1933, when he first laid eyes on the ancient auto. "It took me 18 years of persuasion to get the owner to part with it. Then it took another three years of careful work to restore it to working order. So, it was 21 years after I first saw it that we took our first ride it it," Johnson said. 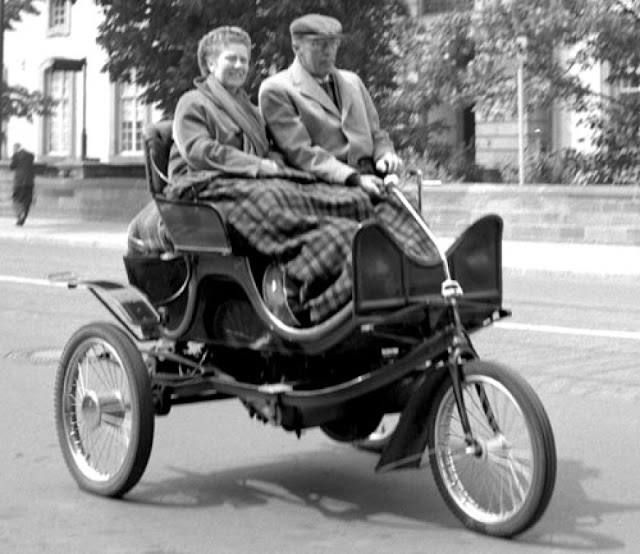 On their previous tour of Europe and a. trip from Massachusetts to Florida, plus participation in various antique car rallies, the Johnsons put more than 10,000 miles on the old car.

The car has two speeds forward and no reverse. "We don't need reverse gear because we can turn around in a nine-foot circle. And from Cherbourg to Germany we have not had to shift to low gear at any time. We move along pretty steadily at 18 miles an hour, on the level, up hill and down grade," Johnson explained.

The power plant is an eight-horsepower "porcupine" engine. The name comes from the fact that there are 1,818 4-inch long threaded pins sticking out from it to radiate the engine heat as the car moves along.