Local auto dealer had been dumping 'jalopies' in this small lake for 15 years, but then retrieved them for the war scrap drive. Shawano Wisconsin, about 25 miles northwest of Green Bay 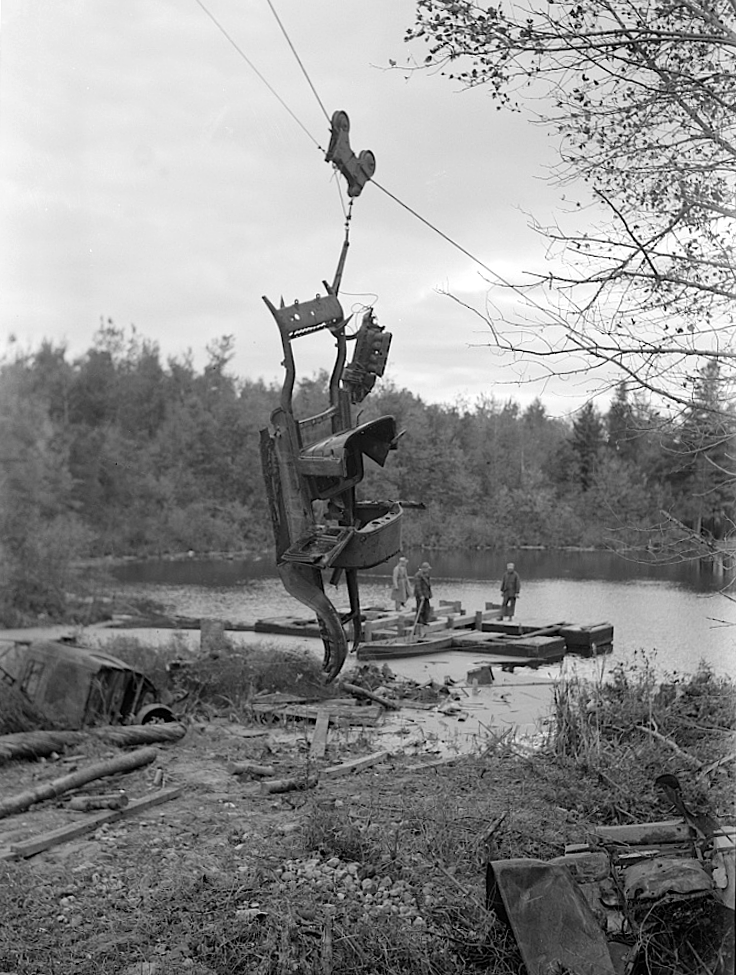 In 1942, government officials announced, “that all old jalopies, worn-out automobiles unsuited for transportation, must be scrapped to furnish weapons of war for our armed forces, under an edict issued by the automobile graveyard section of the War Production Board.” Many Wisconsin residents stepped up to do their part, but one enterprising car dealer in Shawano saw an opportunity to cash in.
Albert Radtke had operated a new car dealership in Shawano since 1927. The used car business had carved out a significant market niche after the First World War, but not all the trade-in vehicles that Radtke took in were in good enough shape to profitably resell.
Radtke claimed that he sold around 200 new cars per year and with almost every sale he took in a used car in trade. It a car was resalable, Radtke would put it on the lot. However, in the case where a used car had little market value, Radtke had a different solution.
He would strip the cars of any useable parts then wait for winter. When freezing weather came, Radtke would tow the junk cars out to the middle of an unnamed frozen lake near Zachow (there aren't any, so, this is misleading) and leave them there. When the spring thaw came, the cars sank to the bottom.
By 1942, Radtke had been doing this for fifteen years. There were over 500 cars in that lake. 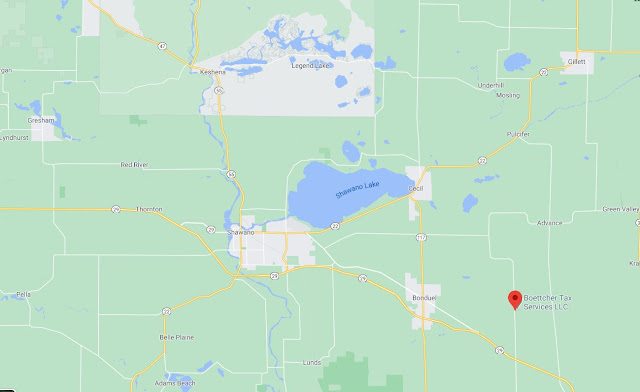 the red marker is Zachow, and the city of Shawano, where his car dealership was, is in the center of the map, and there are no lakes near Zachow. So, it's far more likely that he dumped the cars into the lakes north of Shawano. Keep in mind, he left the cars on the frozen lake for every winter for 15 years. He would need a remote lake no one was bothering to fish in, but large enough to keep dropping cars into, 500 of them. Zachow, mentioned in the story, doesn't have anything that fits the lake size needed
As the wartime scrap metal drives got underway, Representative N. Sherer for Milwaukee’s graveyard section got wind of the car-filled lake and considered it a gold mine. He arranged for local farmer Philip Whitman to recover the vehicles. Radtke agreed to show Whitman which lake they were in, but on one condition.
Radtke, who did nothing to help, insisted on being paid $1.50 for every car that Whitman snagged with a grappling hook and pulled out with his tractor.
In 1942, scrap automobiles sold for $15 apiece, and scrap metal from a single demolished vehicle, it was estimated, could be processed into 35 50-caliber machine guns, so it was worth Whitman’s time to do this. If nothing else, it was certainly worthwhile to the environmental health of the lake as he dragged 15 cars out in the first day alone.
What a horrible guy. Despicable.
Anyone want to guess how badly this asshole damaged the biochemistry of the lake by hiding cars in it? How much oil, gas, grease, lead, etc was leaching into the water and making the fish, birds, furry critters, etc sick? As well as the water draining out of the lake via some stream or river
I was born and raised over the north eastern border of Wisconsin in Michigan's upper Peninsula. That the lakes and rivers stay clean, is important to me. That anyone would intentionally foully pollute them just to hide junk is atrocious 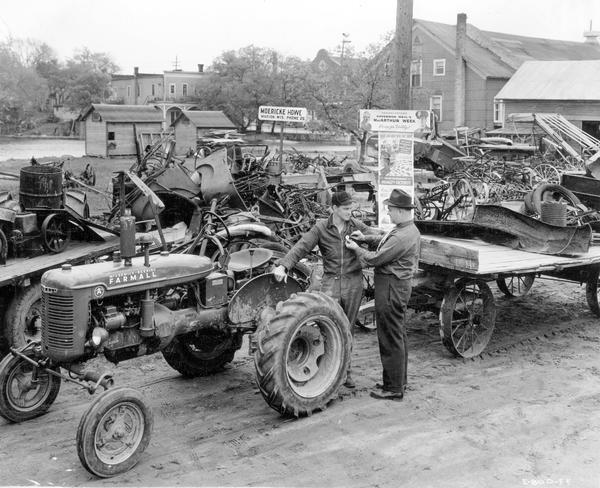