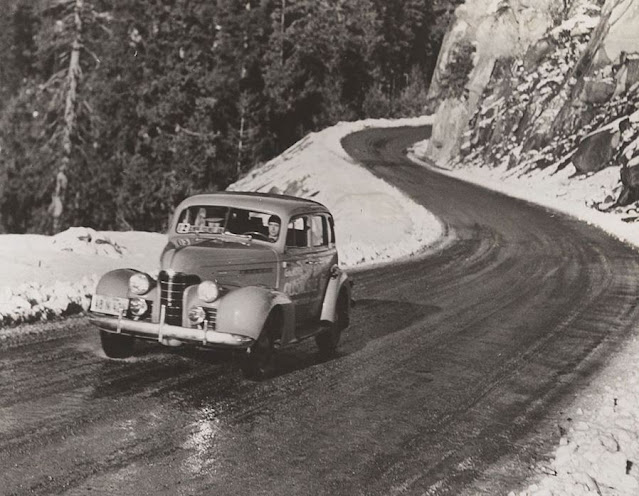 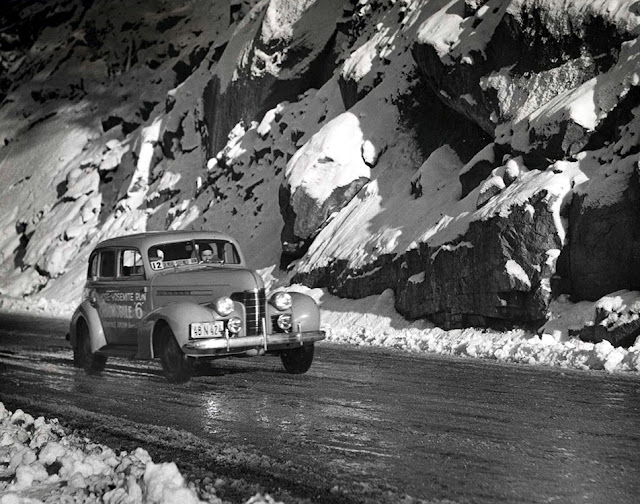 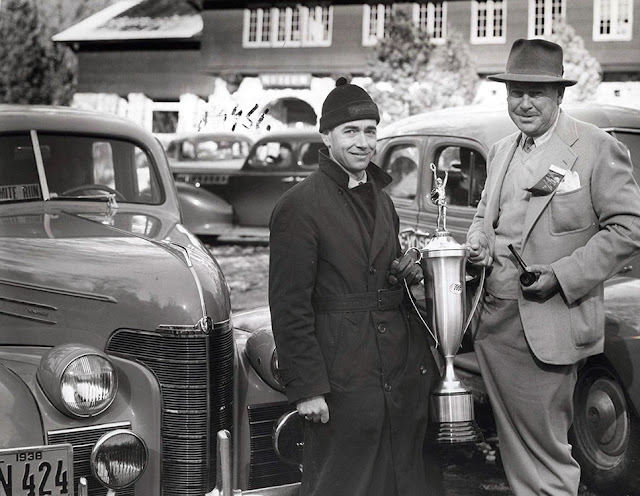 AA observers credited the Oldsmobile with 21.39 miles per gallon in the grueling 315-mile run, the best average made by any car in its field.

Above, the winning Oldsmobile is shown following the winding mountain road 40 miles from its goal. Due to icy roads and adverse weather conditions, only 16 of the 29 contesting cars finished within the time limit.

In 1939, the Gilmore Oil Company of California recognized the fun in fuel economy and held the first annual Gilmore Economy Run-- which was a half day event that ran from Gilmore Stadium in Los Angeles, CA to Yosemite.
The rules were simple: You were weighed and you were put into a class based on size of your car and cubic inches of your engine. The person who got the best gas mileage won, and in 1939 they approached 30mpg.
By the time the war was over, the Socony-Vacuum Oil Company had acquired and killed Gilmore, so the company changed to Socony's trade name of "Mobiloil." The Economy Run then started up again, now called the "Mobilgas Economy Run"
at Sunday, April 04, 2021