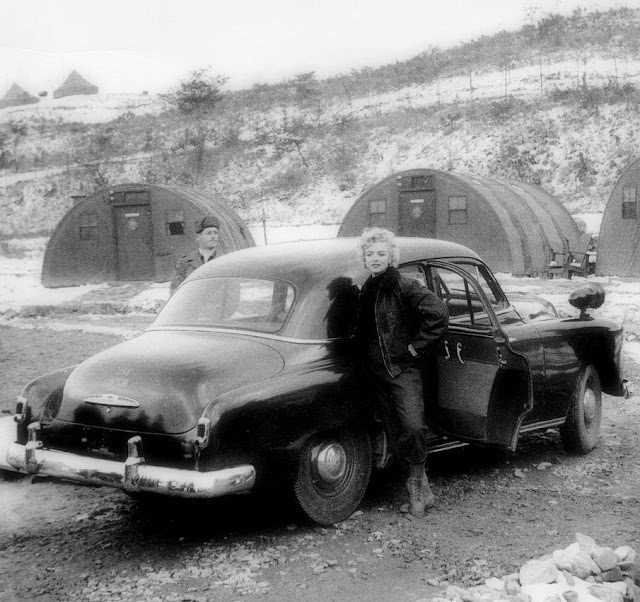 read about it, if you're interested in why she was there on her Honeymoon, without new groom Joe Dimaggio, who couldn't stand that her stardom was making his nil, and her's was as a sex symbol, when he wanted a housewife. Why the hell they married I don't know. https://www.historynet.com/when-marilyn-monroe-interrupted-her-honeymoon-to-go-to-korea.htm

It's a great read, and explains clearly why she was so beloved by fans, she earned it! 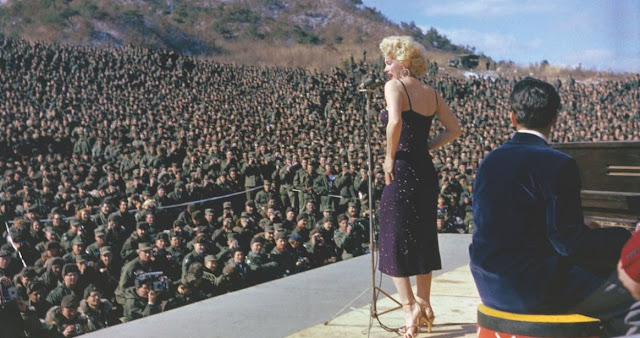 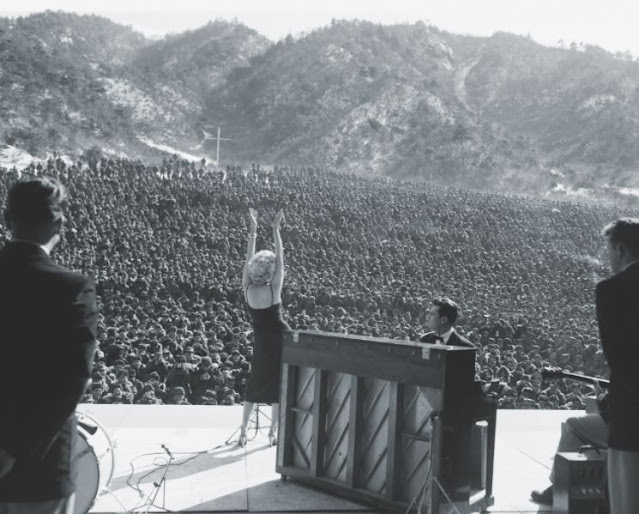 After rehearsing, Monroe took time to sign a cast for Corporal Donald L. Wakehouse of Iowa City, Iowa, a returning prisoner of war, and stretched out on the floor of the hospital to smile up at Private Albert Evans of Canton, Ohio, who was suspended upside down over his bed after breaking his back in a jeep accident.

Wounded men from sick bay huddled in blue blankets while Monroe braved the chilly temperatures in her revealing summer dress, melting the hearts of the battle-hardened soldiers, many of whom had hiked several miles over frozen mountainous terrain to see her. It was worth the effort. “Marilyn came out dressed in a heavy parka,” recalled Don Loraine, who was in the audience. “She started to sing, suddenly stopped, and said, ‘That’s not what you came to see,’ and took off the parka. She was dressed in a low-cut purple cocktail dress. She was so beautiful, we all went wild, and, I might add, it was colder than hell that day. She brought a lot of joy to a group of combat-­weary marines, and I for one will never forget her.” 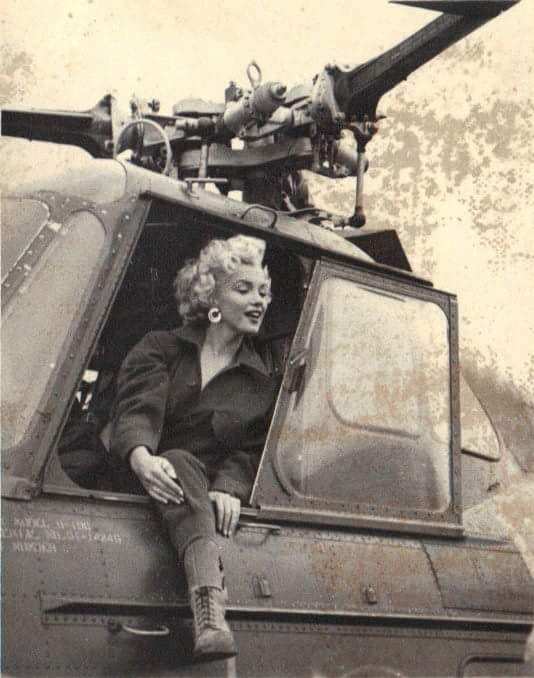 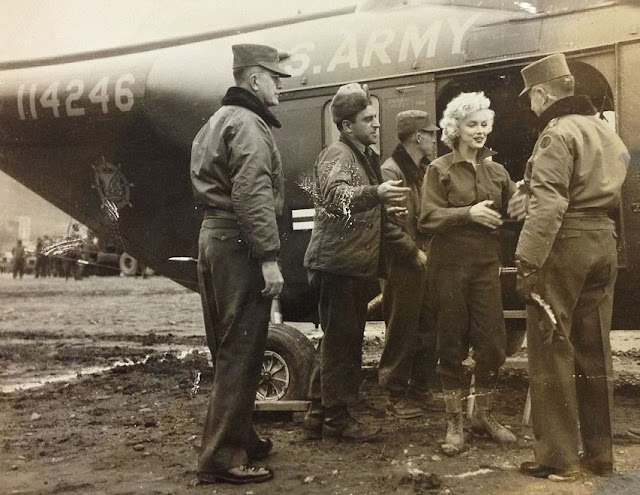 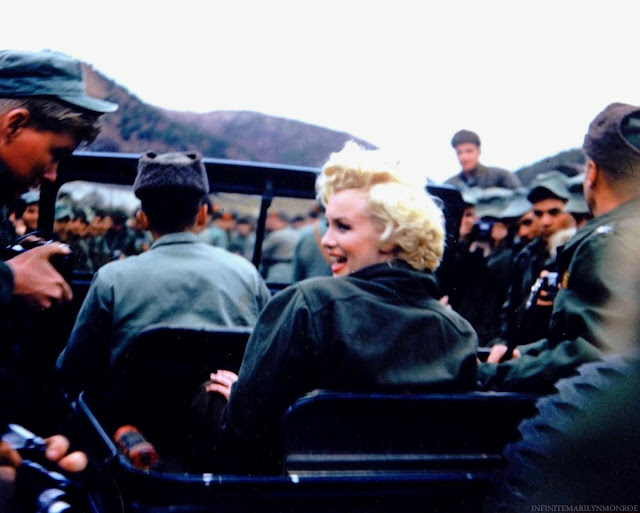 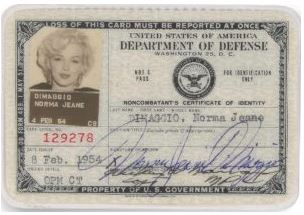 how about that, I've got a couple things in common with Marilyn Monroe, we've both been to Korea, and we both had a DOD id card