because some people decide they are just not going to jail. Seriously. This guy had his mind made up. Divorces rarely are simple, I advise people to not get married. Stats prove it won't work, and it's an expensive divorce, 50% of the time, and of those that remain married, 20% aren't happy. 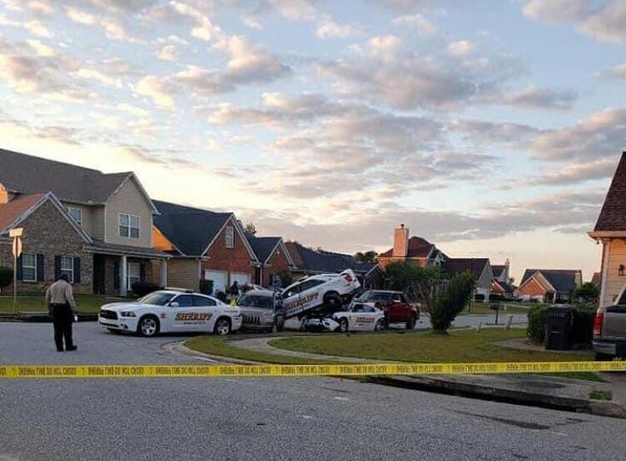 30-year-old Keith Young, a local history teacher, was involved in a domestic dispute in the Quail Ridge subdivision just before 6 p.m. in south Macon. According to the Bibb County Sheriff’s Office, Young tied up his wife and left with three children. His wife later escaped and called police. She told deputies that the couple was going through a divorce.

Young returned to the subdivision later Tuesday night while deputies were on the scene and plowed into four vehicles.

If you know that you only have a 30% chance of a happy marriage that lasts and doesn't result in a divorce you can't afford - why get married. Live together until you can't be happy with each other, then move on.

I'm pretty sure I only know a few couples that have been married happily, and didn't result in divorce. All the rest of the people I know? Divorced. In my life I'll guess that it's been about 80% divorce
at Wednesday, May 27, 2020