Dahl Automotive La Crosse is the eighth-oldest family-owned Ford dealership in the nation.

Andrew H. Dahl of Westby, WI, who was already running a general store, serving in the Wisconsin legislature, and raising seven children, received an agency agreement from Ford Motor Company in 1911. Ford Model T's were sold at Andrew's General store, Andrew H. Dahl Co., for $500 each until a new store was built.

At this time two of Andrew's four sons, Harry and Chester, were convinced to run the operation acting as managers, salespeople, and driving instructors. Ford Motor Company, during the initial years, would transport Model T parts by locomotive, leaving it up to the dealers to assemble them back at their shops.

Chester went on to start a Chevy dealership franchise, which became the largest Chevy delaership network in the country in the 1930s

Harry's son began selling Fords with his father in 1937, then he grew the family business with dealerships across the nation from Beaumont, Texas to Yonkers, New York. His grandson grew the business even more with Subaru, Hyundai, Mazda, Toyota, Chevrolet, Buick, GMC and Lincoln franchises. 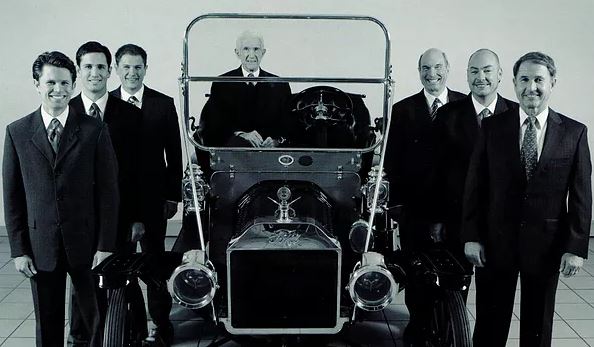