Homeless and living in a van, but not hopeless... 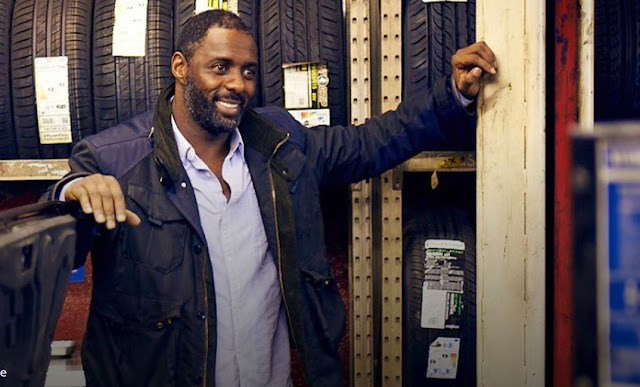 Idris Elba spent lonely nights in New Jersey sleeping in his van. The ice-cold ladies man of an actor was then a humbled nobody, separated from his pregnant wife and their Jersey City apartment. After being resigned to turning his Chevy Astro Van into a makeshift home, Elba wondered, "How did I get here?"

Like most people in the arts, Elba soon discovered that the road to success was very much a bumpy one.

To fund the notoriously unglamorous life of an upstart actor, a young Elba took up jobs as a tire fitter, shop clerk and DJ. Most notably, though, he was once a factory worker at the Ford automobile plant where his father had been working for 30 years, a site that would later symbolize the most pivotal moment of his life.

He'd been living out of a Chevy Astro van on the streets for three months when he went to audition for a part on a new HBO series called The Wire.

before he hit the big time as the drug lord Stringer Bell in “The Wire,” he was a bouncer (and pot dealer) at the comedy club Carolines on Broadway, sometimes living in his Chevy Astro van.

“Really nice velvety seats,” he recalls. “I miss that little thing. Honestly, if I found one, I’d definitely buy it and ship it back to France to my little house out there.”

Keep in mind, Chris Pratt also lived in a van a short while http://justacarguy.blogspot.com/2015/02/before-they-were-famous-steve-carrell.html
at Wednesday, October 11, 2017