the Marmon Wasp was in the shell booth at SEMA, on loan from the 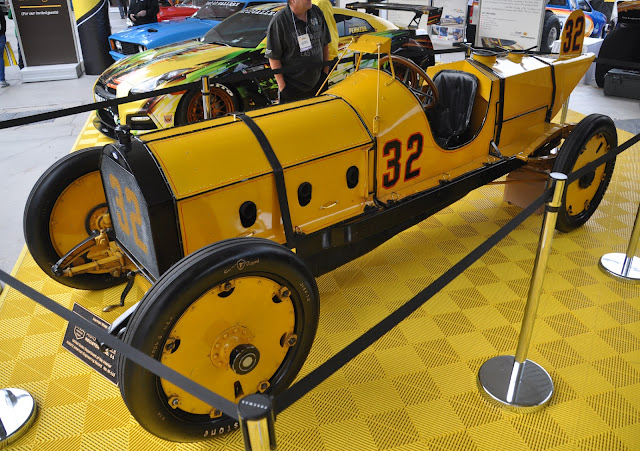 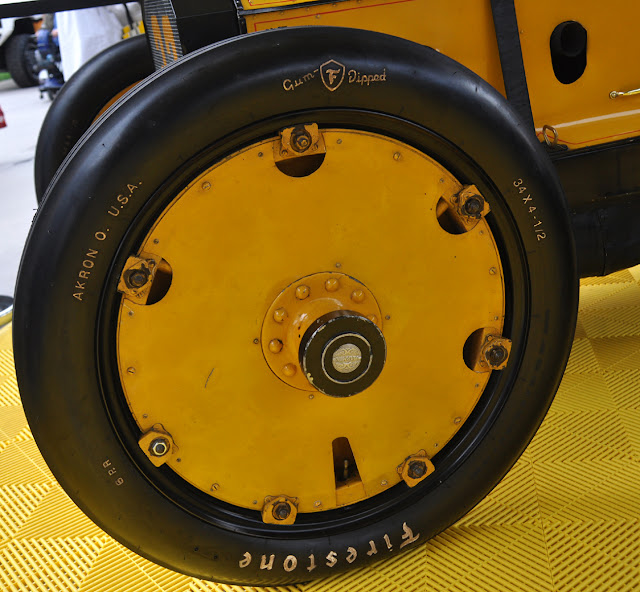 The Marmon Wasp was raced at the 1911 Indianapolis 500 by Ray Harroun who along with Howard Marmon designed the car. It was the 1st single seat open wheel race car.

A study of innovation from nose to tail. Up front the Wasp used a four shock system to counteract the bumpy conditions of the dirt and gravel surfaces and unpredictability of the new brick surface at Indy. Harroun, the consummate engineer, determined that speeds over 80 mph were disastrous for tires so he kept his speed in check and only changed two tires during the race. The second place car by contrast changed tires fourteen times during the race.

The engine had two more cylinders than the four used in the Marmon 32 Model which was already quite successful in racing.

The cockpit was designed only for the driver which shaved significant weight off the car with a narrower body and one less passenger (the typical mechanic) aboard.

To accommodate the steering position a gear system was devised to move the steering column to the center of the cockpit. The tail was also unusual in the style of an airplane tail and stabilizer.

Perhaps the cleverest feature was the rear view mirror he installed before the race to address the fear that his driving solo would endanger other racers because he would be without a mechanician on look out.

Years later Harroun said that the mirror was unfortunately useless during the race because it shook too much.
https://www.historicvehicle.org/marmon-wasp-first-indy-500-winner-opens-2016-sema-show/ 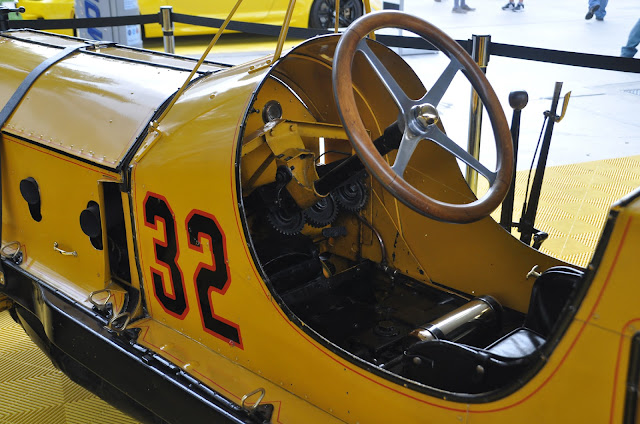 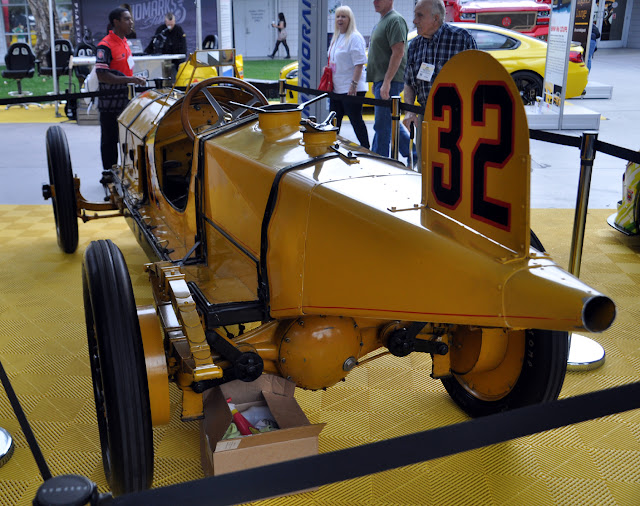