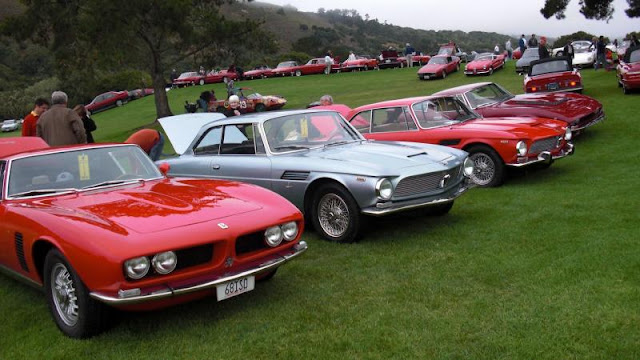 He began working for Ferrari in 1957, eventually becoming controller of experimental, Sports and GT car development. He worked at Ferrari as a developer, designer, test driver, and chief engineer for five years. His developments there included the Ferrari 250 TR, the Ferrari 250 GT SWB (Short Wheelbase Berlinetta or Berlinetta Passo Corto), and the 1962 Ferrari 250 GTO.

Bizzarrini, and sales manager Gerolama Gardini and chief engineer Carlo Chiti, were fired by Ferrari during the "palace revolt" of 1961.

This resulted in a complete factory revolt against Enzo, who was trying to give his wife Laura some role in running the business. The employees were NOT going to work for her at all. This included guys that managed all sales, ran the race team, engineered the cars, and developed prototypes.

He became part of Automobili Turismo e Sport (ATS)), a company started by the ex-Ferrari engineers to build a Formula 1 single seater and a GT sport car, the A.T.S. Serenissima.

One of ATS's financial backers, Count Giovanni Volpi, owner of Scuderia Serenissima, hired Bizzarrini to upgrade a Ferrari 250 GT SWB, with chassis number #2819GT to GTO specifications. This resulted in the Ferrari 250 GT SWB Drogo also known as the "Breadvan".

Bizzarrini's engineering company, Societa Autostar, was commissioned to design a V-12 engine for a GT car to be built by another dissatisfied Ferrari customer, Ferruccio Lamborghini. Lamborghini considered the resulting engine to be too highly strung, and ordered that it be detuned.