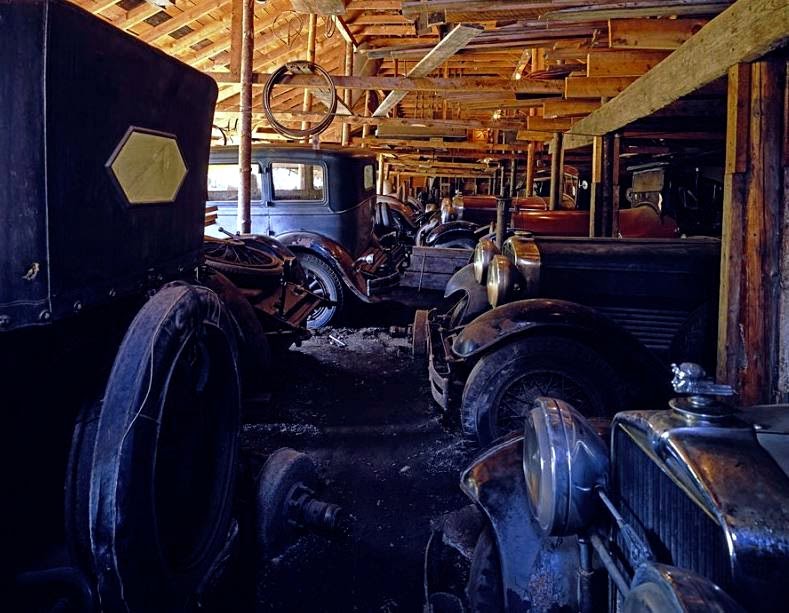 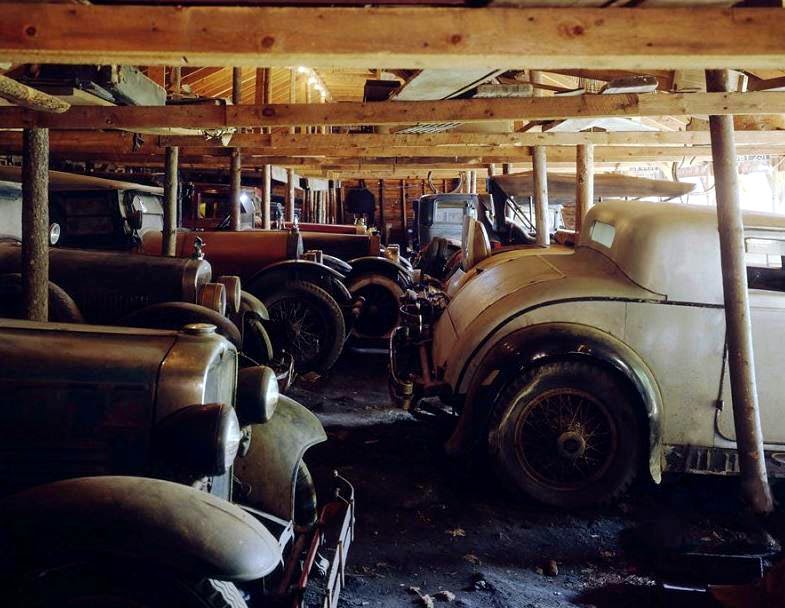 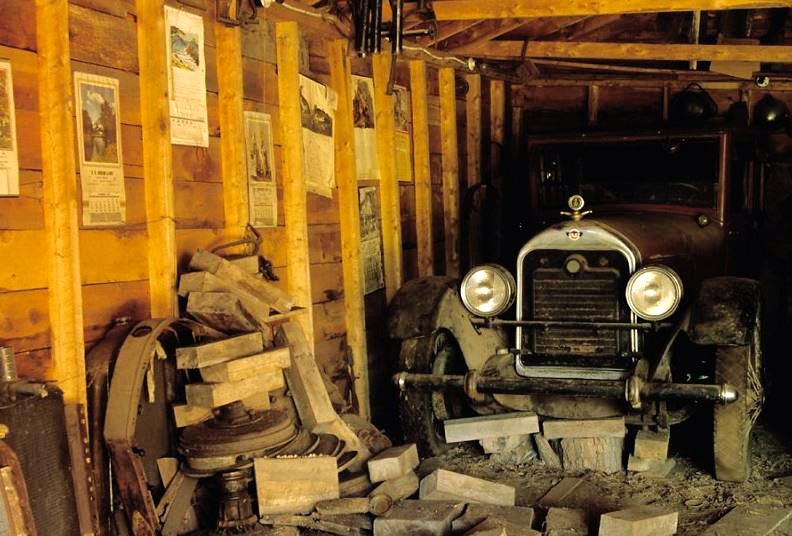 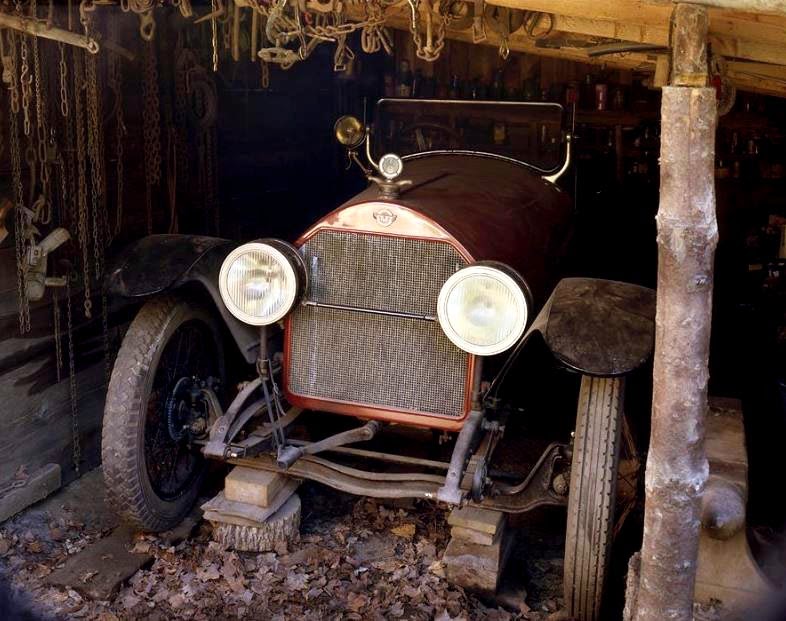 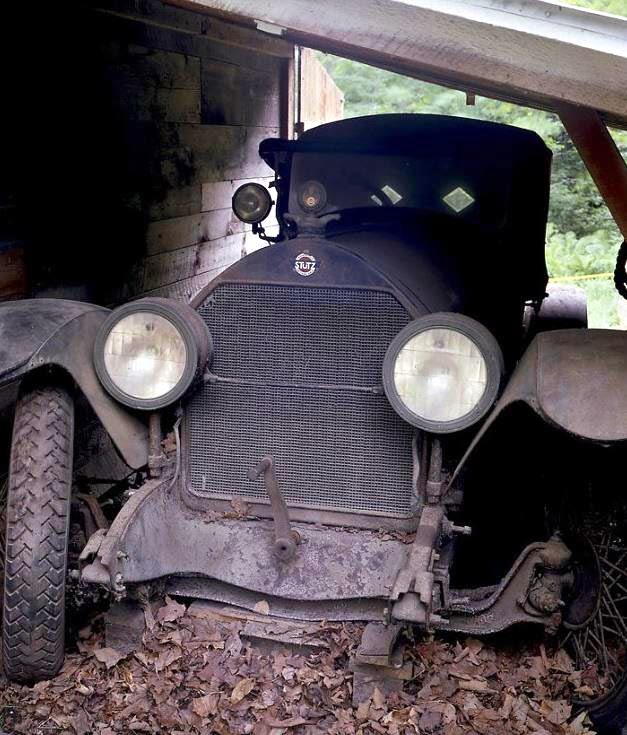 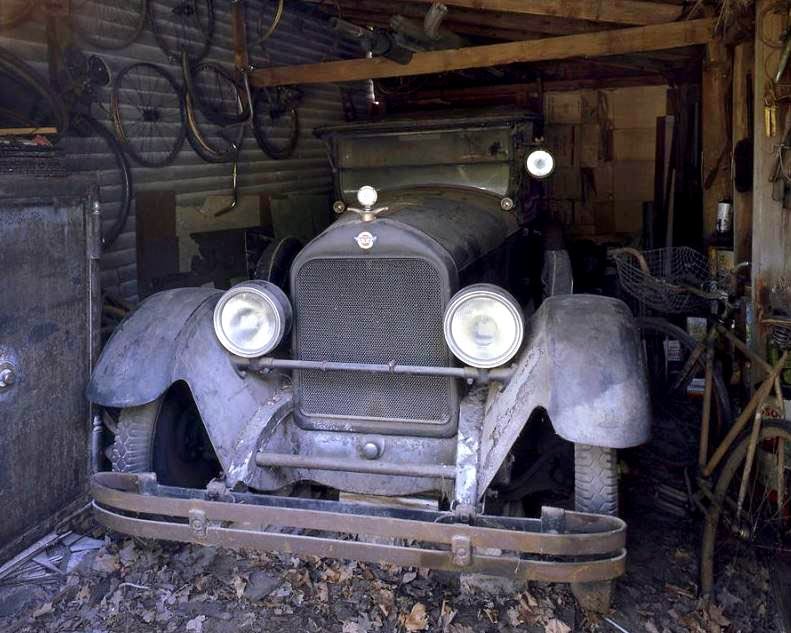 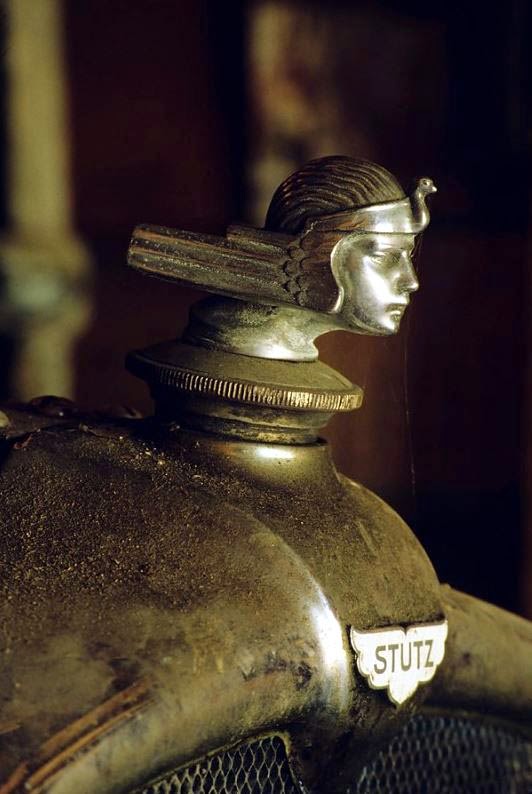 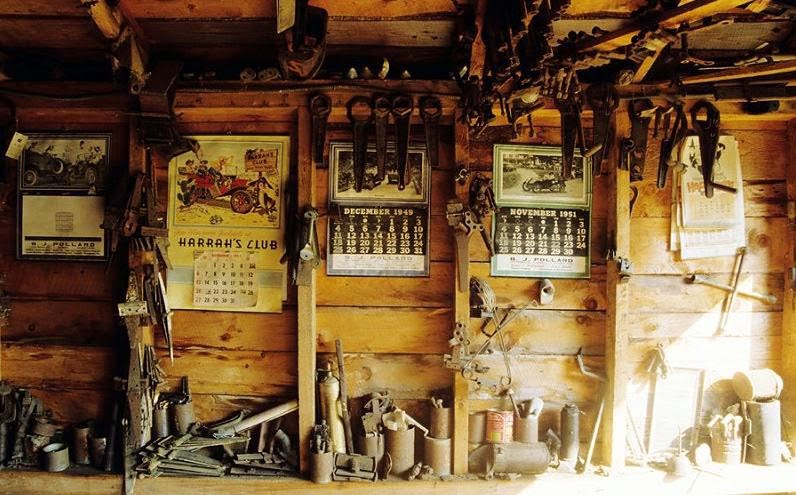 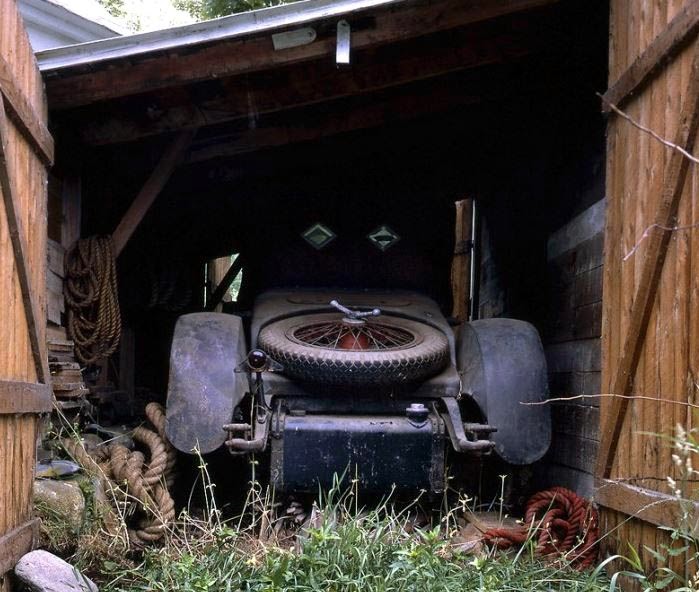 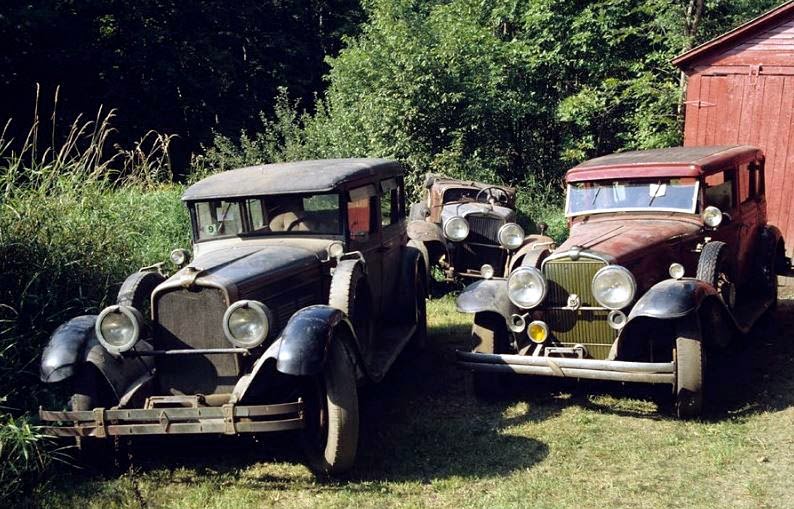 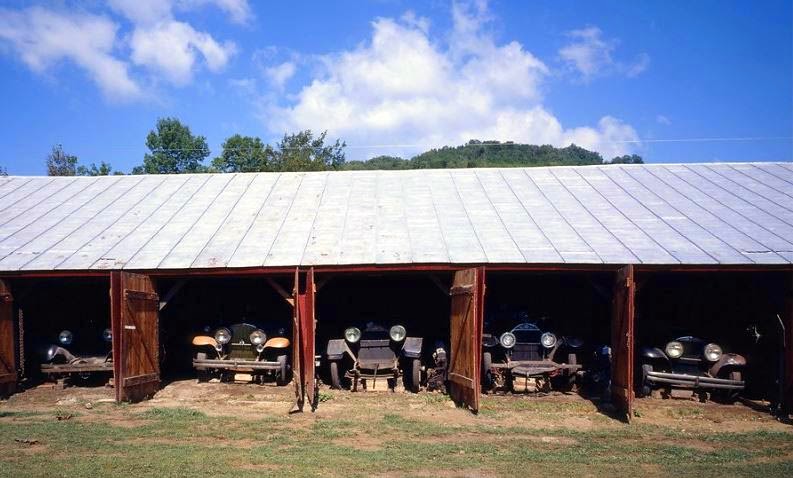 This was the collection of eccentric Stutz collector A.K. Miller. His biography is the stuff of movies and much is unknown.

He came from a wealthy family, bought Stutz cars during the great depression at bankruptcy auctions, all this before his 30's. He flew autogyros in the postal air delivery.  He was too old to join the US military for WW2, so joined the Canadian RCAF where he taught tactical avaiation, and transported aircraft across the Atlantic.

At the time of his death in 1993 he and his wife were living in what appeared to be poverty on their ramshackle farm. But in addition to dozens of collectable autos they had millions in gold, silver and stock certificates. They also had never paid taxes, which explained why the police were being so vigilant. It was by court order that the collection was liquidated.

you can see these and more by looking at the online book (free) or buying it for about 60 some dollars at http://www.blurb.com/books/4559954-the-stutz-stash-of-a-k-miller

All told,
approximately 30 original Stutz motorcars,
a Stanley Steamer,
a 1926 Rolls-Royce Silver Ghost,
several Franklins,
a Volkswagen Karmann Ghia (which had somehow been placed in the loft of the main barn),
and assorted VW Beetles were discovered about the property.

The main barn and the various sheds and shacks Miller had constructed over the years hid a fortune in antique vehicles and a huge number of spare parts Miller had purchased from the Stutz company when it went out of business.

A further $1 million in gold bullion was discovered hidden in the wood pile.
About $900,000 in stock certificates, and $75,000 in silver bullion and coins were also uncovered in various safes and crawl spaces
http://en.wikipedia.org/wiki/Alexander_Kennedy_Miller 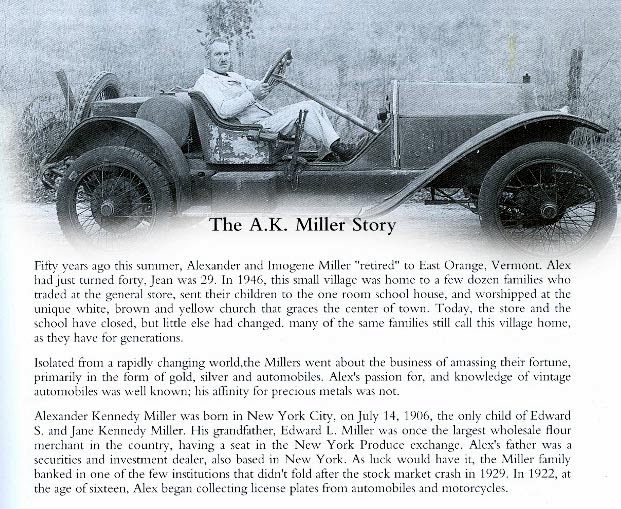 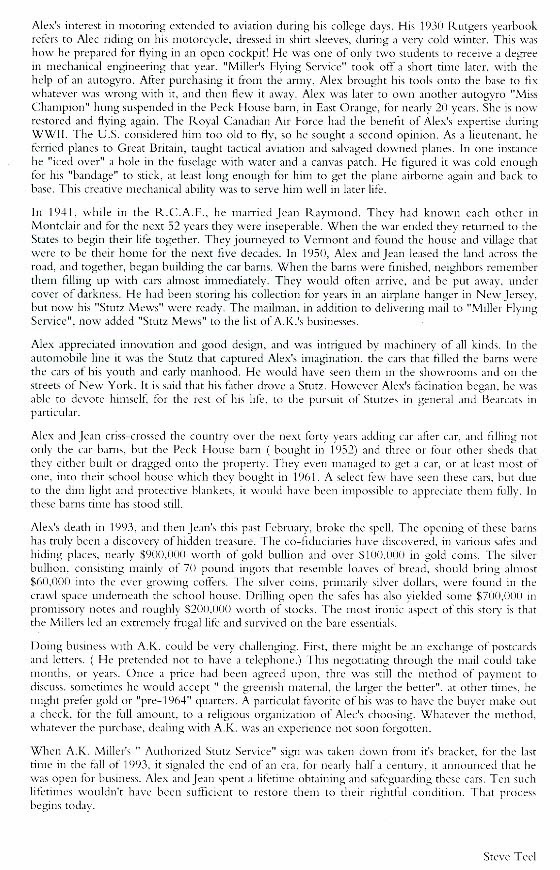