1935 Henderson KJ, completed about six months before the builder/owner was awarded U.S. Pat. No. 2,035,462 for his streamlined motorcycle body. 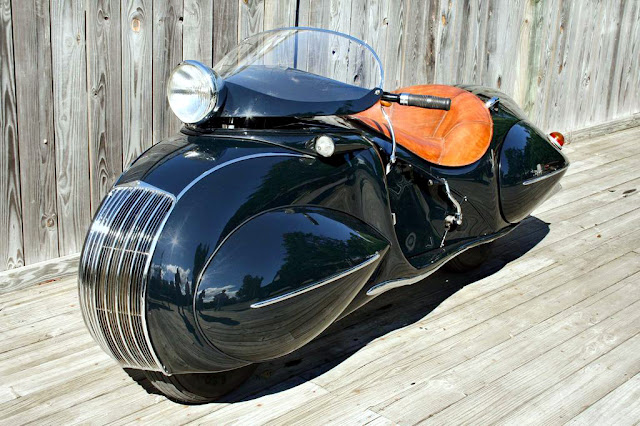 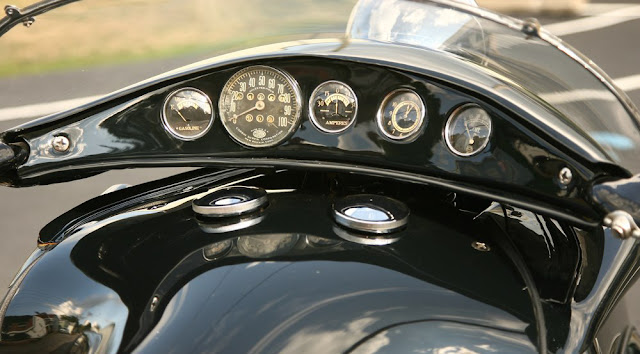 the newly restored bike was unveiled at the Rhinebeck Grand National Meet. The bike belongs to Frank Westfall from Syracuse, NY.

Ray Courtney rode his first motorcycle in 1908 at the age of 13, and acquired his first proper bike – a 1916 three-speed Excelsior V-twin – before joining the Army Air Corps to fight in WW1

After the war he found work at Central Manufacturing in Connersville, Indiana, making body panels and fenders for luxury cars such as Duesenbergs.

It sits low down on 10-inch scooter wheels – half the diameter of those on the stock Henderson – but with big balloon tires sourced from the aircraft industry, which provide it with a smooth ride by the standards of the pre-war era.

Thanks to Chris (of http://chrisoncars.com ) for letting me know about this cool bike! 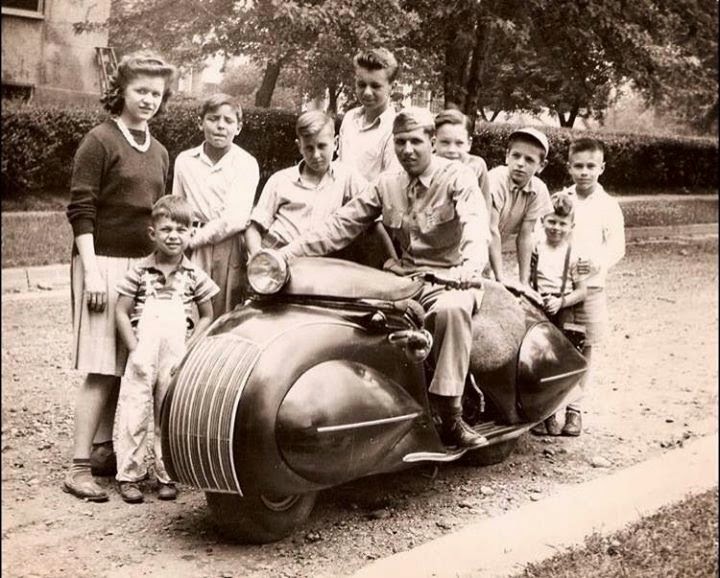