That pipeline company that got hacked, and supplies about 45% of the East Coast's gas? Paid the ransom, of 75 Bitcoin, to get back to business. That's about 5 million dolars 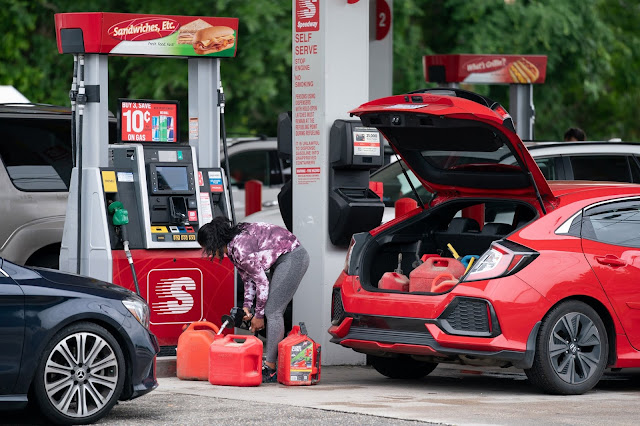 In the case of Colonial Pipeline, the DarkSide ransomware group attacked the company's business network rather than the more sensitive operational technology networks that control the pipeline. But Colonial's billing system had been infected with ransomware, so it had no way to track fuel distribution and bill customers.
Colonial’s pipeline transports 2.5 million barrels each day, taking refined gasoline, diesel fuel and jet fuel from the Gulf Coast up to New York Harbor and New York’s major airports and also provides jet fuel to major airports in Atlanta and the Washington, D.C., area..
It had to pay the ransom.  https://www.wired.com/story/colonial-pipeline-ransomware-payment
https://www.nytimes.com/2021/05/08/us/politics/cyberattack-colonial-pipeline.html
Meanwhile, here in San Diego, a lot of people are wondering how long it will be before Scripps Memorial Hospital pays the ransom to get back their medical files.
Yup, someone downloaded the virus (in a hospital for gods sake) and Scripps has been unable to attend to patients... not because there's a lack of drs and nurses, or medicine... instead, they simply don't have access to the billing software to charge for procedures.
Looks to me like the ransom software hacker/virus people are not wasting time, they've decided to hit these companies in the sensitive spot, the billing software.
The hospital claims that the medical records are affected, but, have you been lied to enough yet to quit believing the "poor little me" story from the rich and powerful? If not, you believe Epstein killed himself. He didn't.
“They won’t take appointments, they won’t answer any questions about what is happening or when they might re-open, aren’t referring people to outside doctors, and will not even allow their doctors to speak with their patients via telephone as they say they cannot do that without a functioning medical records system,” Bernitz said.
https://www.sandiegouniontribune.com/news/health/story/2021-05-14/scripps-ransomware-shutdown-hits-the-two-week-mark
at Saturday, May 15, 2021