Fitzpatrick illustrated the vehicles while Kaufman painted the backgrounds. 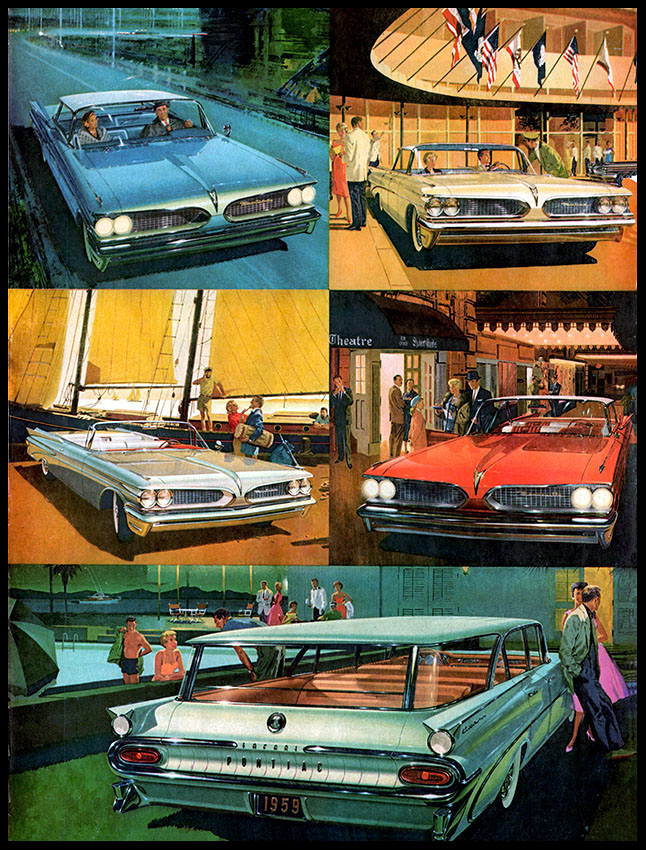 From 1959 to 1971 Van Kaufman (VK) and Art Fitzpatrick (AF) worked as a collaborative partnership, illustrating exclusively for Pontiac Motors. Fitzpatrick had previously been employed as an automotive designer while Kaufman had worked in the Disney Studio as an animator and background artist. 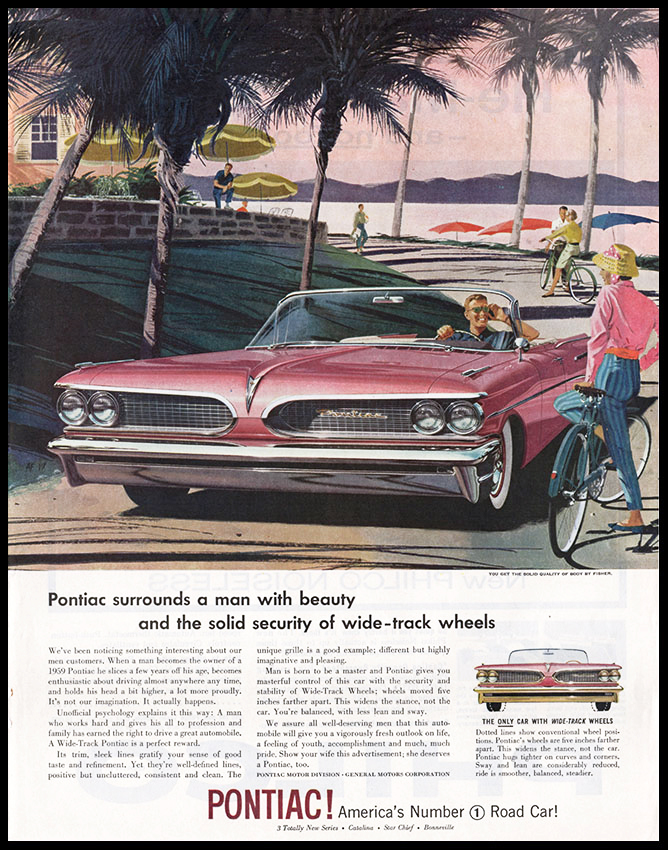 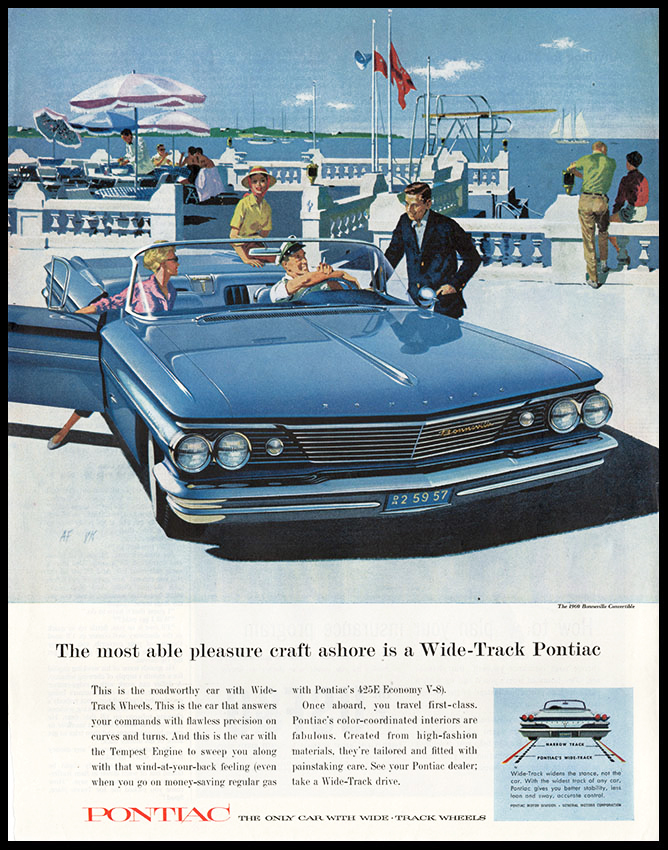 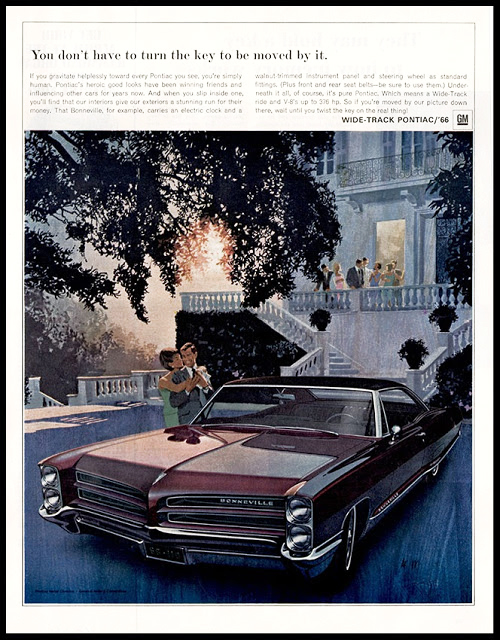