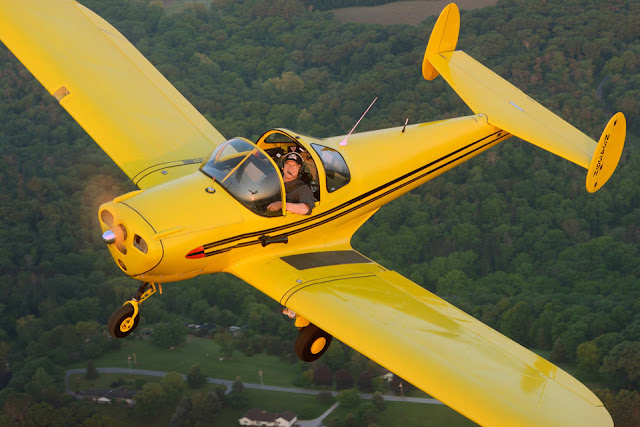 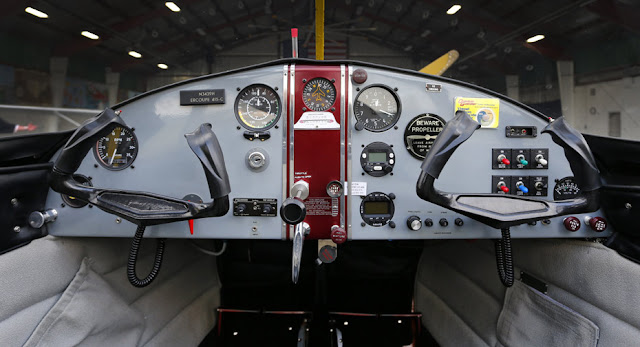 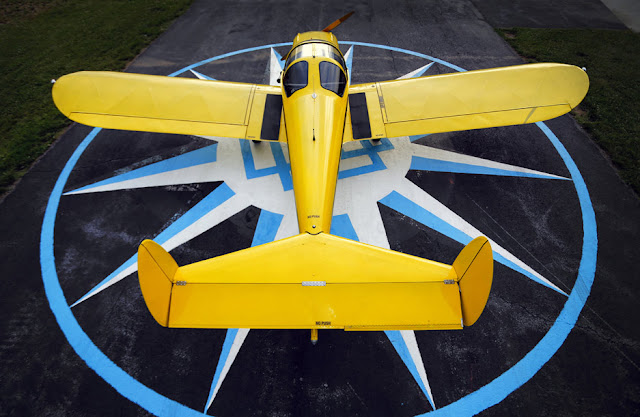 Back in 1939 a young designer named Fred Weick came up with the Ercoupe as a way to win a safety prize, which he did.

Back then, stalls and spins claimed many more lives than today, so Weick’s Ercoupe was given limited elevator travel (13 degrees up, in the early models) and a wing design that makes it incapable of stalling or spinning. Well, at least not held in a stall in which the wings are entirely stalled. You could do a hammerhead or whip stall, but the turbulent airflow from the stalled wing roots would disrupt the air moving over the elevator. This, together with the limited elevator travel, means that there would be insufficient elevator authority to maintain the airplane in even an aggravated stall.

The Ercoupe has other admirable features. The wings’ large dihedral means good roll stability. The Constellation-style twin vertical stabilizers fly in air undisturbed by propeller slipstream, so there is minimal p-factor. The trailing-link main landing gear mean smoother landings. And the tricycle-gear arrangement—revolutionary in 1939—promised an end to the ground loops and botched crosswind takeoffs and landings that are the curse of taildraggers. And in a nod to automobile design, the Ercoupe has a control yoke that does triple duty, controlling pitch, roll—and nosewheel steering. Want to brake? Step on the single, floor-mounted brake pedal.

Since it first went into production in 1940, records show that 5,600 Ercoupes of various varieties were sold. The Engineering and Research Corporation (ERCO) of Riverdale, Maryland, built 112 original Ercoupes in 1940 and 1941, delivering them from the company’s own airport. Then came a pause during World War II. But the blockbuster sales came when production resumed after the war in 1946; that’s the year ERCO delivered 4,311 Ercoupes. These were the model 415-C, which had a max takeoff weight of 1,260 pounds and 75-horsepower Continental C-75 engines. Price new: $2,665. Ercoupes were everywhere back then. Macy’s department stores even had them on display. For a few heady months it seemed that predictions of wartime pilots wanting to continue flying in civilian life were coming true. 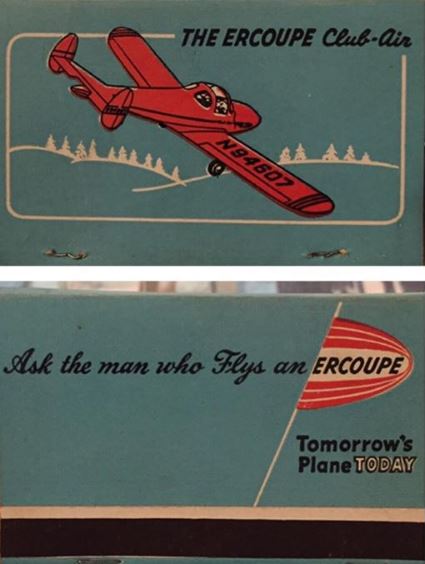 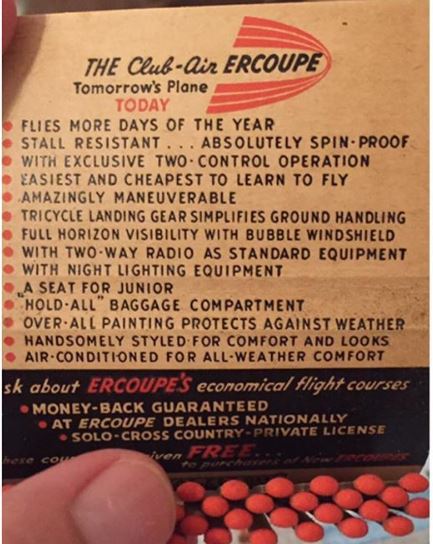 In 1937 a simple design for a personal aircraft was offered and the Ercoupe personal aircraft was born. Though the company passed through changes in ownership, these were sold until 1970. This matchbook touting the plane as spin proof and also “Tomorrow’s plane today” with air conditioning and room for Junior! So much to offer for a fair amount of money. This was the affordable solution for everyone.