a car was just discovered submerged in a pond near Palm Beach in Florida, where it had been for 22 years with the dead guy inside, because someone was using google earth to look at his home from above 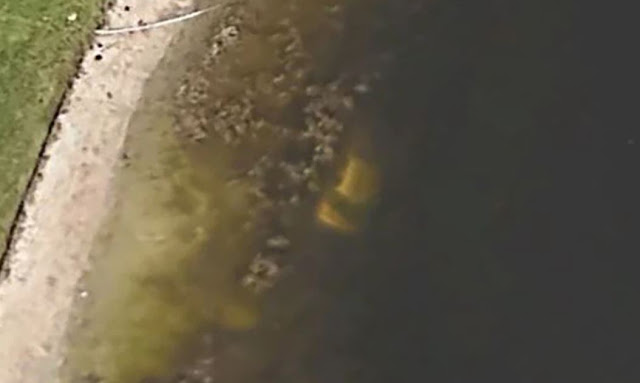 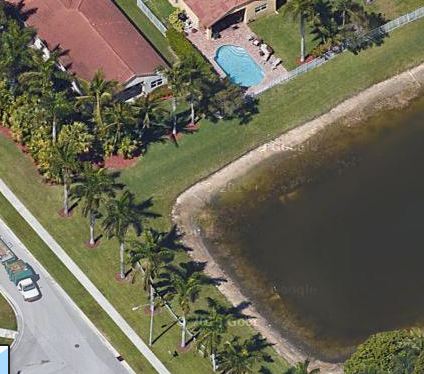 An eagle-eyed resident of Lake Worth, Fla., made the amazing find on Aug. 28, when he was looking at some satellite images of his neighborhood on the mapping program and noticed a vehicle submerged in a lake near his home, the Florida Sun Sentinel reported Thursday.

The car, which was not visible from the ground level but was obvious from above. Inside were skeletal remains identified Tuesday as William Earl Moldt.

Moldt, 40, who was last heard from the night of Nov. 7, 1997, when he called his girlfriend to say he was leaving a nightclub and would be home soon. the image from space, turned out to be a 1994 Saturn SL, cops said. 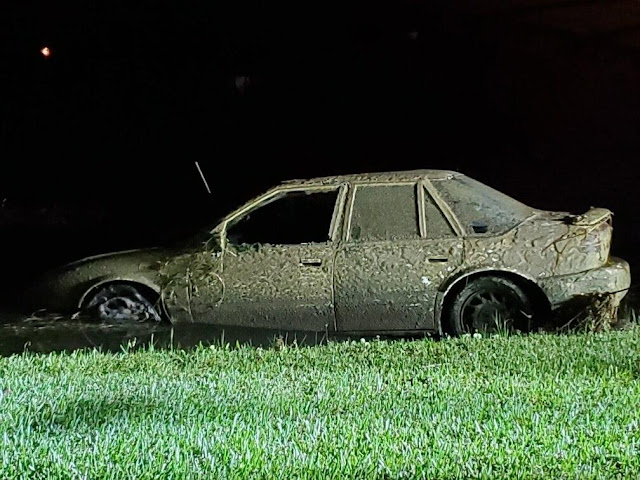 The pond where the car was found is a stretched tear-drop shape, with homes on two sides and a guardrail on the other.

But that barrier would not have been in place in 1997 to stop Moldt’s car from driving into the pond. Grand Isles was under construction at the time. It sits toward Wellington’s southeast corner and is north of Lake Worth Road and west of State Road 7.

Fay’s home and others in Grand Isles’ Sausalito subdivision weren’t built until 1998. Only the roads and ponds were in place in 1997. 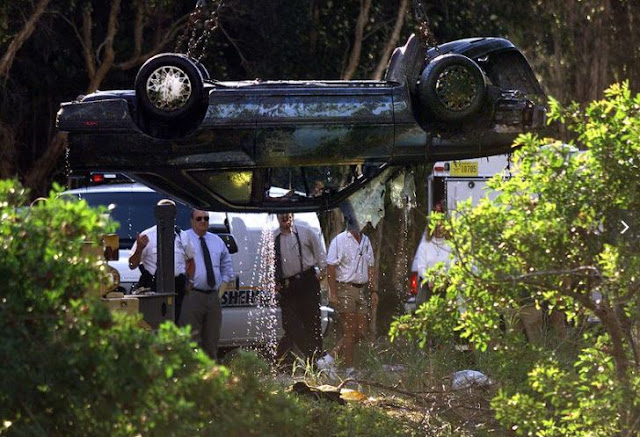 Divers lift cars from canals on a regular basis in South Florida. In 2017, when water managers lowered the depth of the Boca Rio canal before Hurricane Irma, they found six vehicles, including a Toyota with the remains of Loraine Pinto of Boca Raton inside. She had disappeared about nine months earlier.