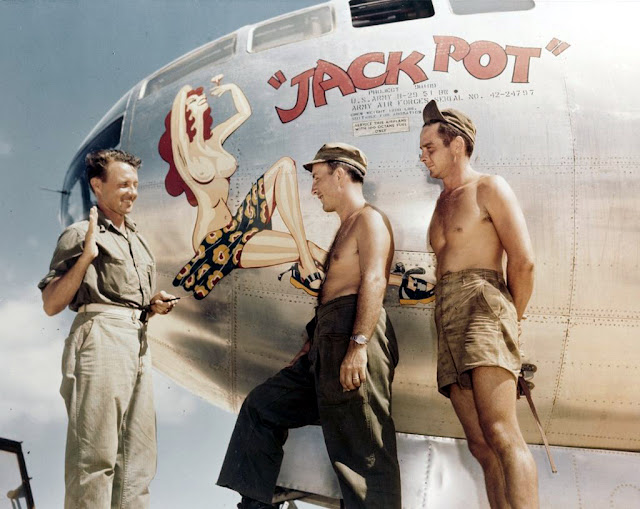 Painter I/C Edmund D. Wright, USNR, completed cartoon decoration of the plane, with nickname "Jackpot" and turns it over to Army air corps corporals Eugene H. Rees (cntr) and Marion V. Lewis (rt), at Tinian, 1944-45. Wright was a member of the Navy 107th Seabee battalion which sponsored the plane and adopted its crew.

Same guy on the left, photographed on the starboard side of the B 29 to show the other art on that side, other members of the crew 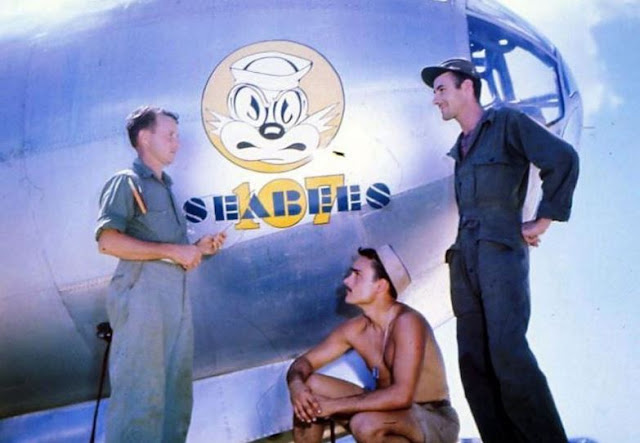 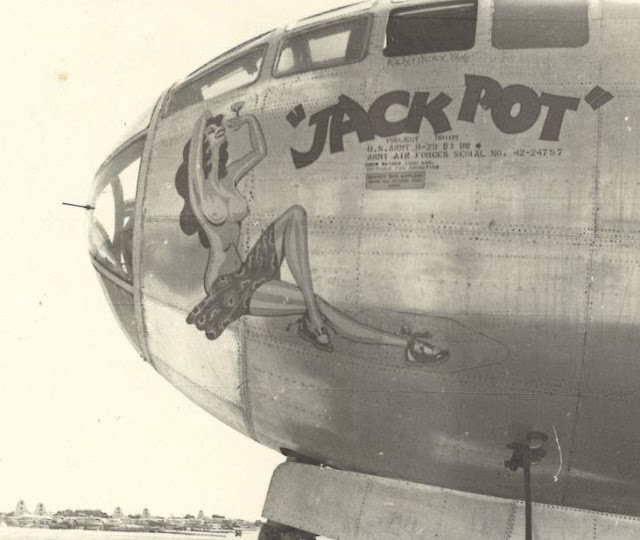 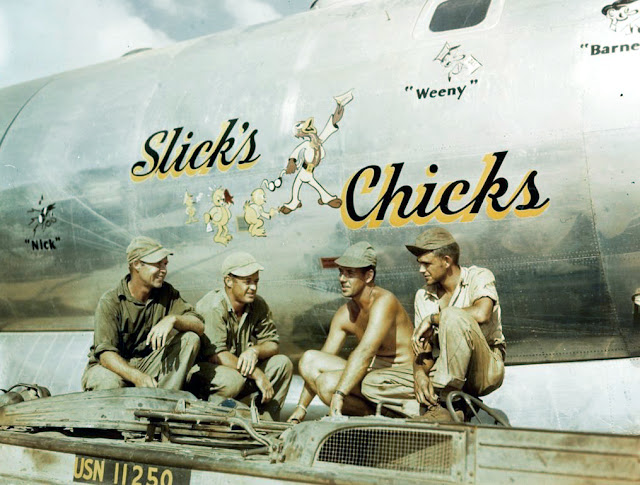 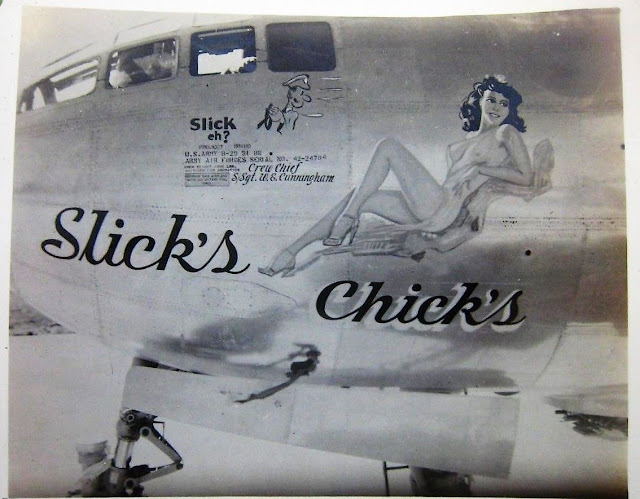 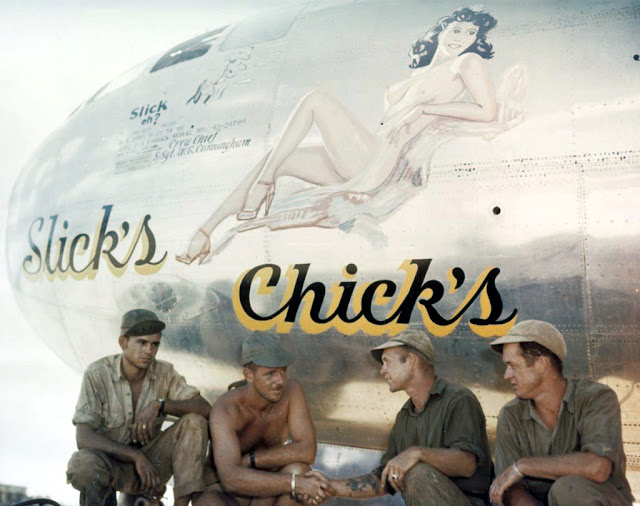 Navy Seabee Artists Lawrence (rt) and Kantz (2nd from rt) pose with their nose art handiwork, at Tinian, circa 1944-45. 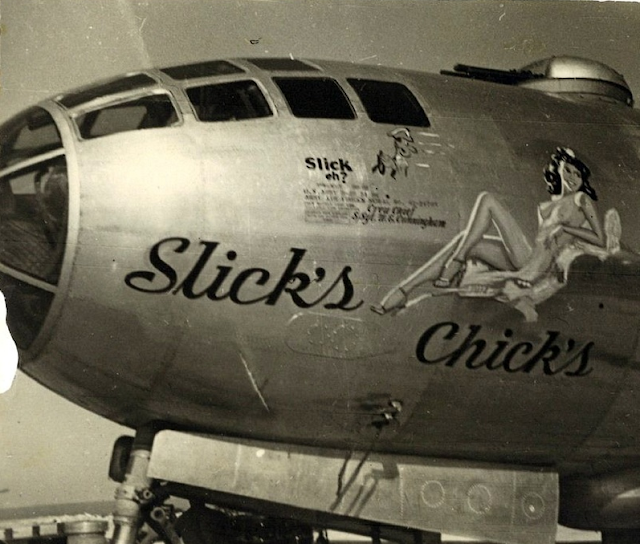 on Feb. 10, 1945 Capt. Carmel McClelan Slaughter, his co-pilot Dan Godsy, and his crew aboard a B-29 from the 505th Bomb Group, 42-24784 "92 Naval Const. Batt" aka "Slicks Chick" were part of a massive U.S. air raid that crippled a Nakajima Aircraft Co. factory in nearby Ota, northwest of Tokyo, the planes were rammed in mid-air by Japanese fighter, a Japanese fighter, out of control after being shot by a B–29, careened through the B–29 formation, causing them to collide in mid-air, which caused Capt. Slaughter's B-29 to collide with another B-29, piloted by 1Lt. Owen Barnhart, Jr., 42-24815 "121 Sea Bees", aka "Dreamer Boy", thereby causing both planes plummet to the ground in heaps of fiery, twisted metal.

Today there is a monument in the Japanese village of Akizuma close to where the two B-29’s crashed. The Japanese villagers cremated the bodies and enshrined them. The ashes were later returned to the United States.68 years later on March 20, 2013, a ceremony was held in honor of the 23 fallen airmen. Some family members of the B-29 crews which participated in the mission were present as well as local Japanese citizens and members of the Yokota AFB. Another person present was Dan Owens, the namesake of the Co-Pilot of Slick’s Chicks.He was so inspired as he grew up that he became a member of the flight crew of Fifi,the only flying B-29 in the world today 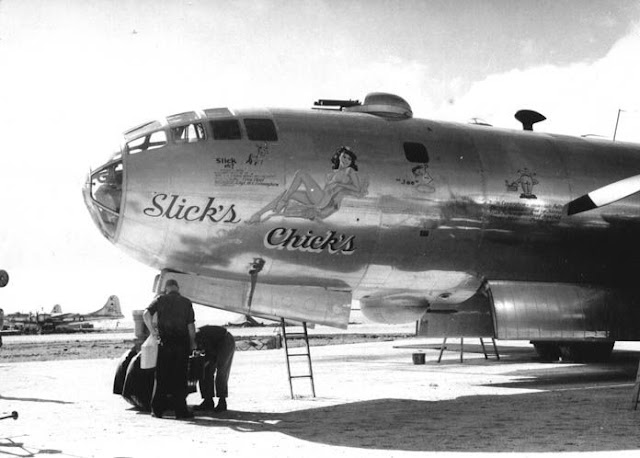 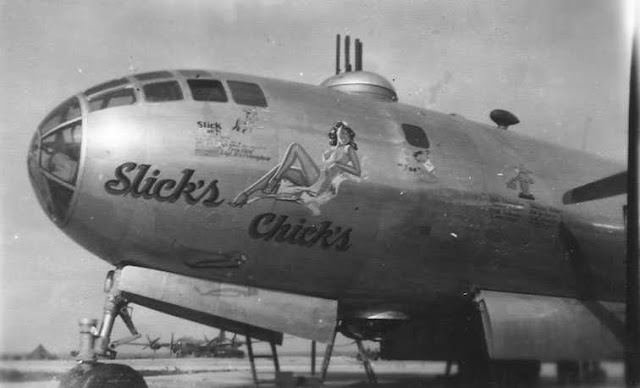 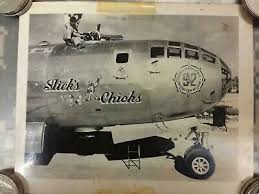 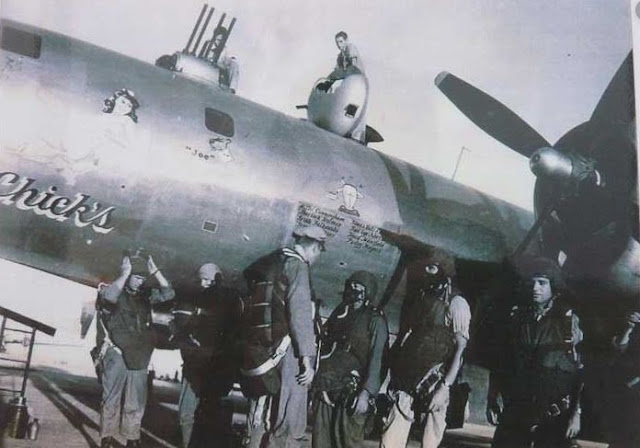 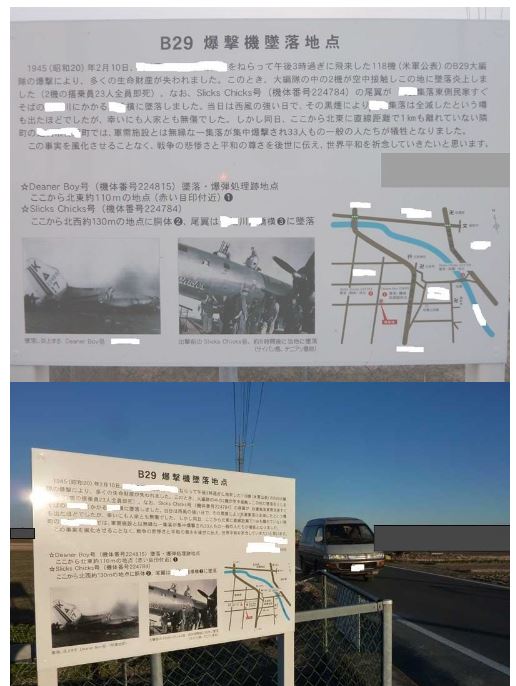