rail inspectors were outfitted with Chevys, Fords, etc... the company President, though, he went full force and got a Caddy limo 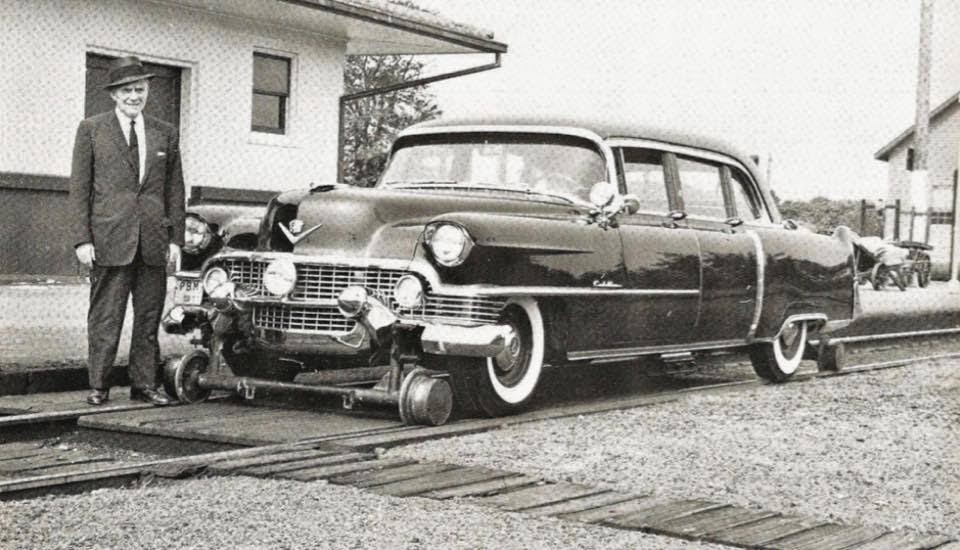 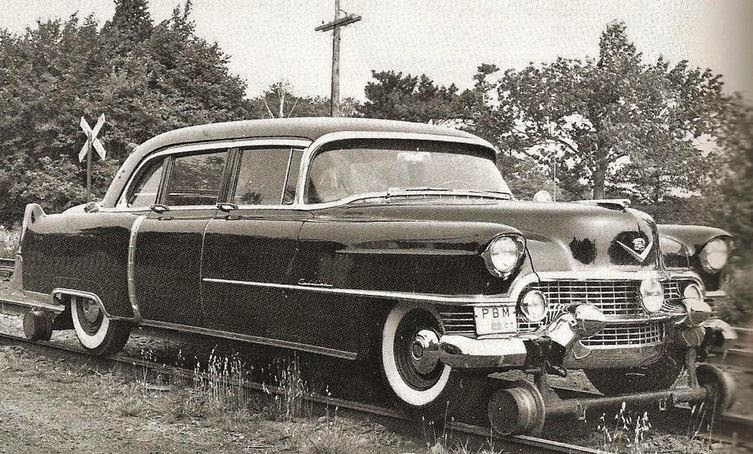 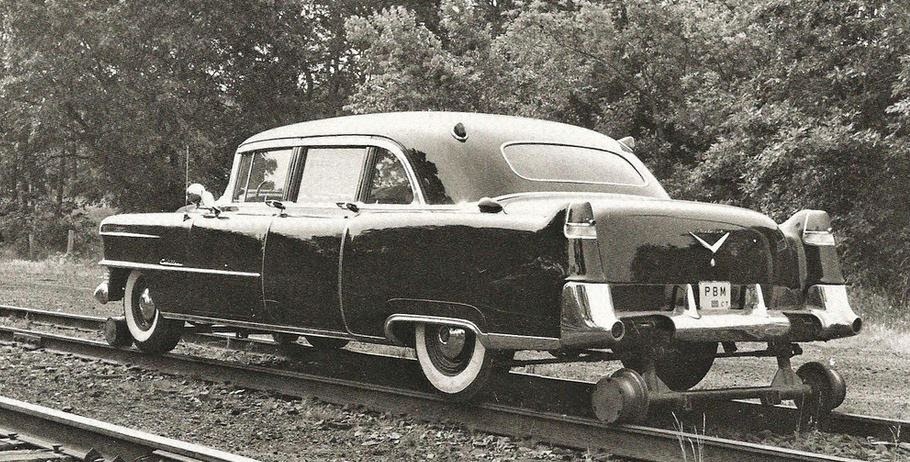 Notice the vanity plates with his initials... he mush have been ridiculously wealthy 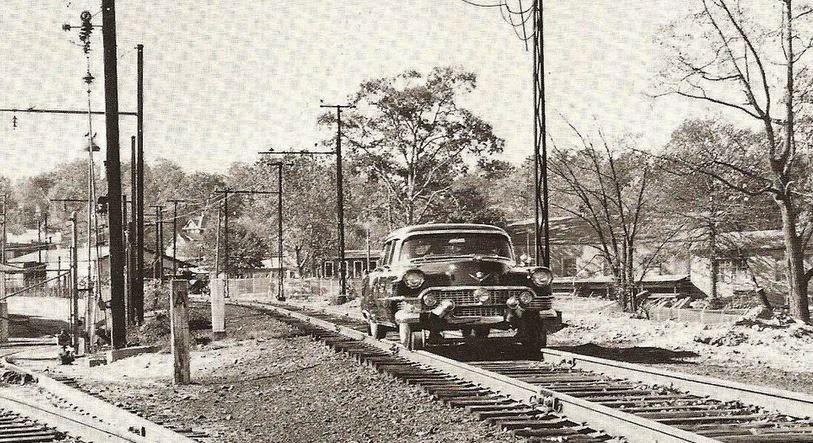 The New Haven Railroad operated in New England from 1872 to 1968, dominating the region's rail traffic for the first half of the 20th century. By 1912, the New Haven practically monopolized traffic in a wide swath from Boston to New York City.

The line went bankrupt in 1935, was reorganized and reduced in scope, went bankrupt again in 1961, and in 1969 was merged into the Penn Central system, which itself went bankrupt.

Frederic C. Dumaine, Jr. took over after his father's death in 1951 and immediately set about restoring the condition of the railroad and the morale of the employees. In 1953, control passed from the preferred stockholders to the common stockholders.

A proxy fight then ensued between McGinnis and incumbent president Dumaine; McGinnis emerged as the victor and sought to maximize revenue for shareholders.

To do this, he deferred maintenance and ordered experimental lightweight trains for Boston-New York service. Another McGinnis contribution was the imposition of parking charges at stations.

Hurricanes in 1955 washed out a number of important lines. Upon McGinnis' departure for the B and M in 1956, auditors found the NH earnings for 1955 were less than half of what McGinnis had claimed.

McGinnis' financial dealings ultimately culminated in a prison sentence for receiving kickbacks on the sale of B and M's streamlined passenger cars, ending his career in railroading.
at Thursday, March 12, 2015