an actual dynamite stick bombed car, that sets your respect for investigation reporters up a long way. The story of Dan Bolles 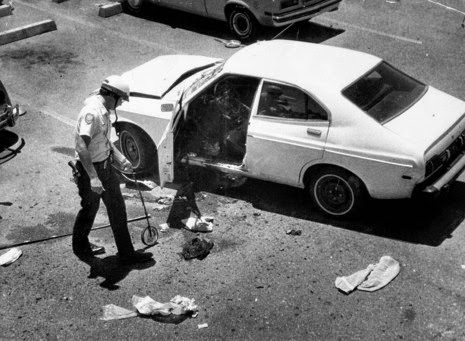 After getting his college degree and being so awesome the president of the university gave him an award just for being him, he fought in Korea. When he came back home he parlayed his lack of fear of enemy aircraft into a job taking on the mafia. He began writing for the Arizona Reporter, and developed a reputation because he actually reported the terrible things people were doing.

While investigating a real estate deal between the mafia and politicians in Phoenix in 1976, a remote controlled dynamite bomb was detonated, and after 10 days and many surgeries and amputations, the very dedicated reporter, Dan Bolles, was able to declare the dying words “They finally got me, the Mafia. Emprise. Find John.” and the John in question, John Harvey Adamson, was found guilty of planting the bomb, though the man who ordered the hit wasn’t imprisoned for decades. An entire gallery in the museum of news and journalism (The Newseum in Washington) is dedicated to Bolles’ work and memory.

Info and photo from http://www.weirdworm.com/5-journalists-who-gave-everything-for-the-story/  via the story I found on http://www.brhoward.com/don_bolles_car.html who has stopped the natural decay of the car and made it look the way it did on the day in 1976 for it's exhibition in the Washington DC museum of News and Journalism http://www.newseum.org/about/ 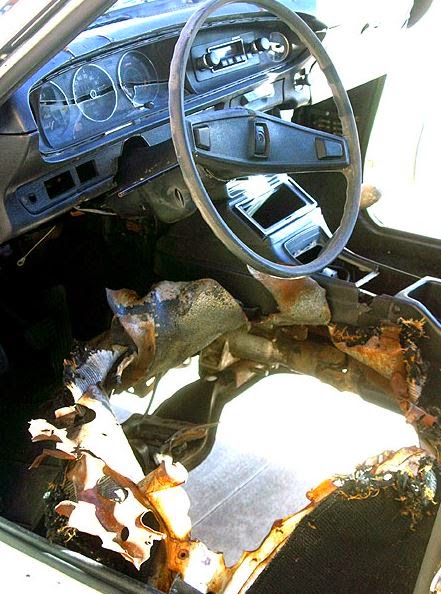 Photo and post idea from http://www.brhoward.com/don_bolles_car.html
at Monday, March 09, 2015