In 1902, Frank Hoyt of Massachusetts, ground his first bag of peanuts and milled it into peanut butter at the 1901 Pan-American Exposition in Buffalo, New York—which was the inspiration behind his brand name, “Buffalo.” 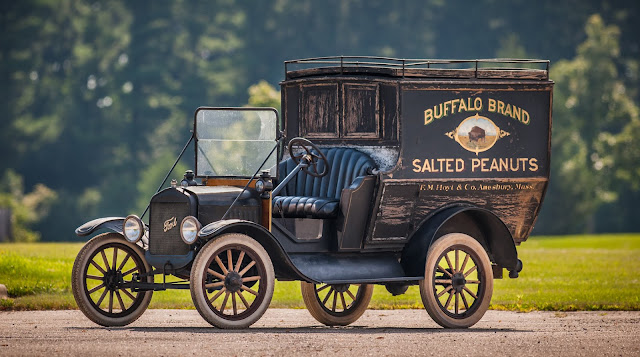 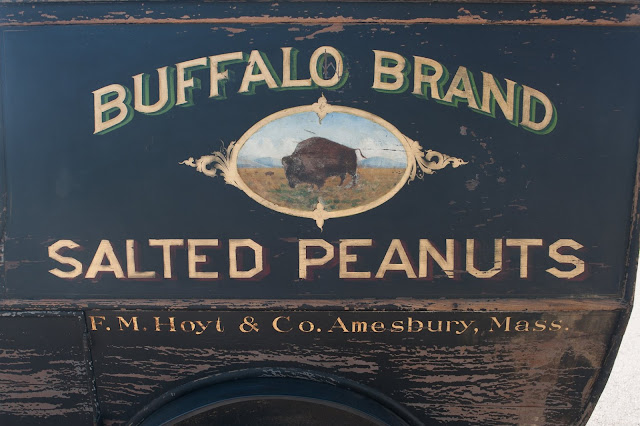 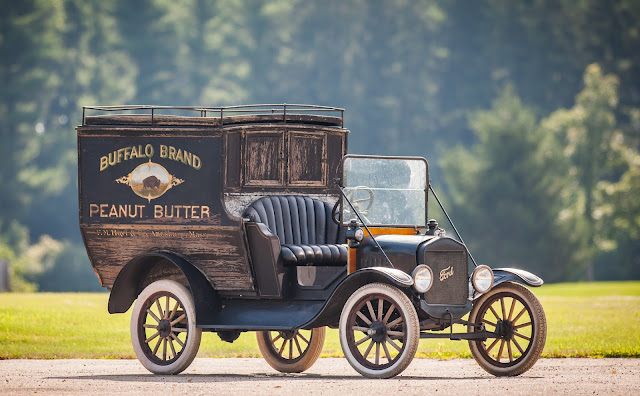 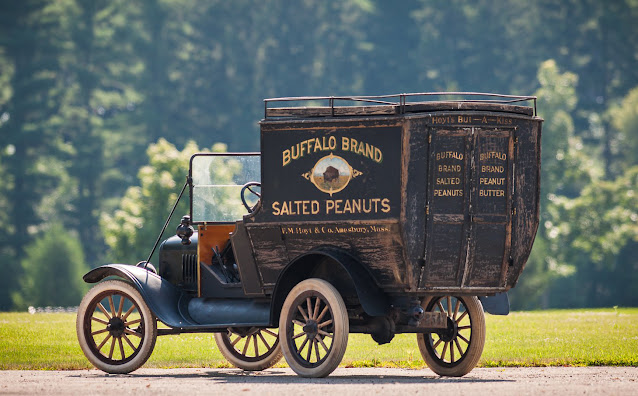 While he was not the first to invent the creamy, delicious concept of peanut butter, he did create a heightened awareness for the treat.
This rare 1918 Ford Model T was used as a delivery truck for Buffalo Brand peanut butter and includes original stenciling.
The city of Buffalo began its exponential expansion after the completion of the Erie Canal in 1825.
The Pan-American Exposition was a World's Fair held in Buffalo, New York, United States, from May 1 through November 2, 1901. The fair occupied 350 acres of land on the western edge of what is now Delaware Park
Edison and Tesla arrived at the expo on the Eire canal, after testing their electrical demonstrations in Herkimer NY. The Eire is found by looking for I 90, from Albany NY to the Mohawk river, from the North end of the Hudson river 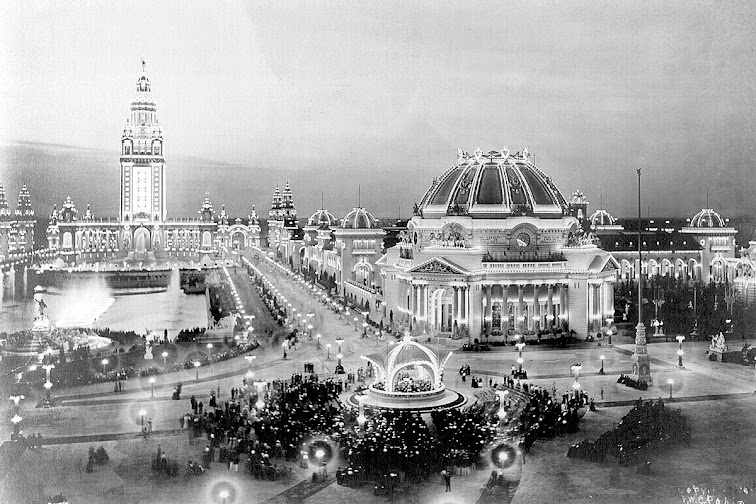 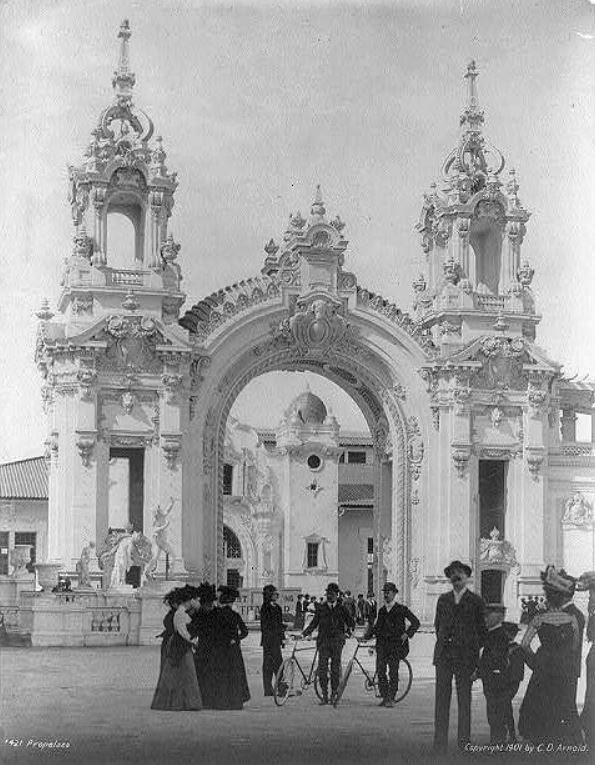 Taking place not long after the Spanish-American War, the Exposition was also a reaffirmation of the friendship and mutual interests shared by the countries of North, South, and Central America.
In 1901, Buffalo, New York was located within a five hundred-mile radius of the most populated cities in North America. Coupled with an extensive transportation network of ships and rails, located near a world famous natural wonder and at the doorstep of Canada, Buffalo was chosen to host a world’s fair. 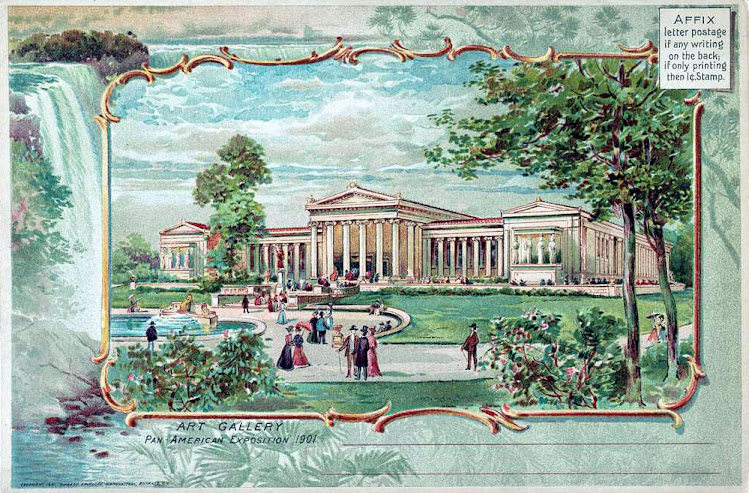 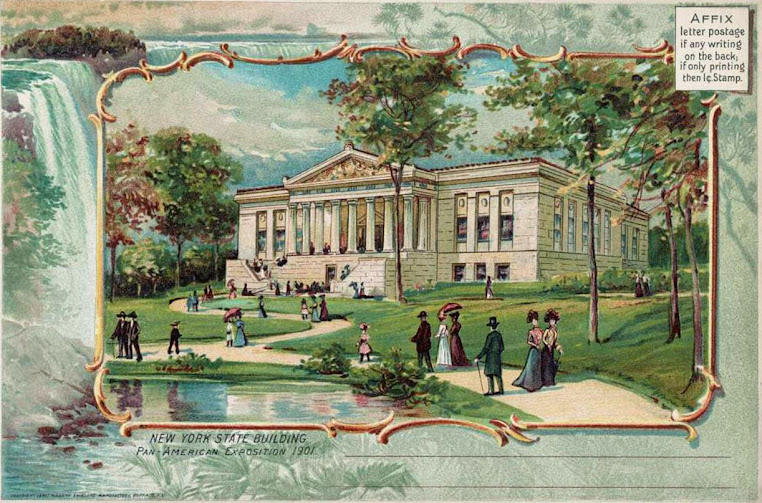 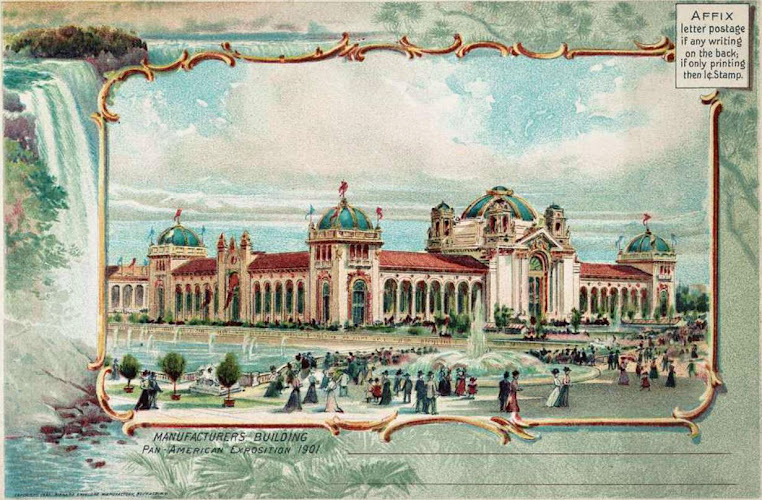 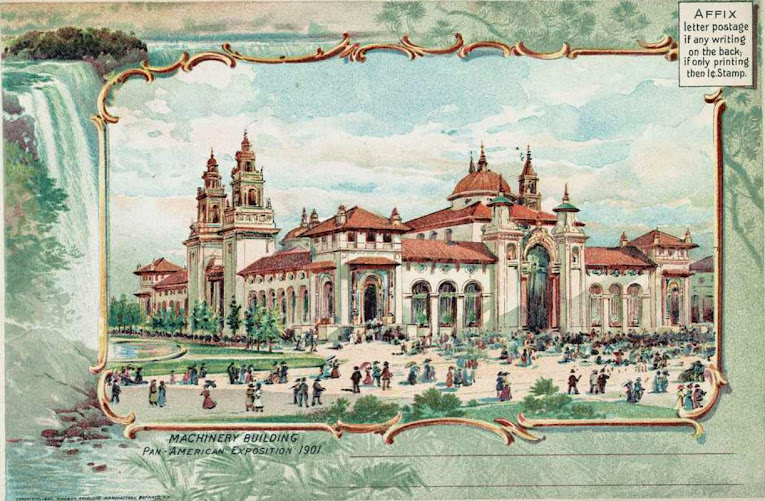 Each evening, hundreds of thousands of eight-watt light bulbs were gradually illuminated and outlined the buildings, reflecting pools, fountains and sculptures that occupied the grounds. This was the first massive display of electric power to take place in the United States and it utilized electricity generated by the power plants at Niagara Falls, New York—twenty miles away. In the eyes of people accustomed to gas, oil, and candlelight, the effect was both beautiful and startling. Thomas Edison even recorded it with one of his early moving picture cameras. 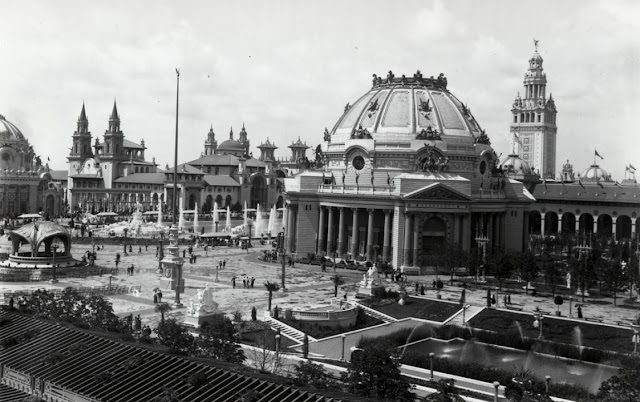 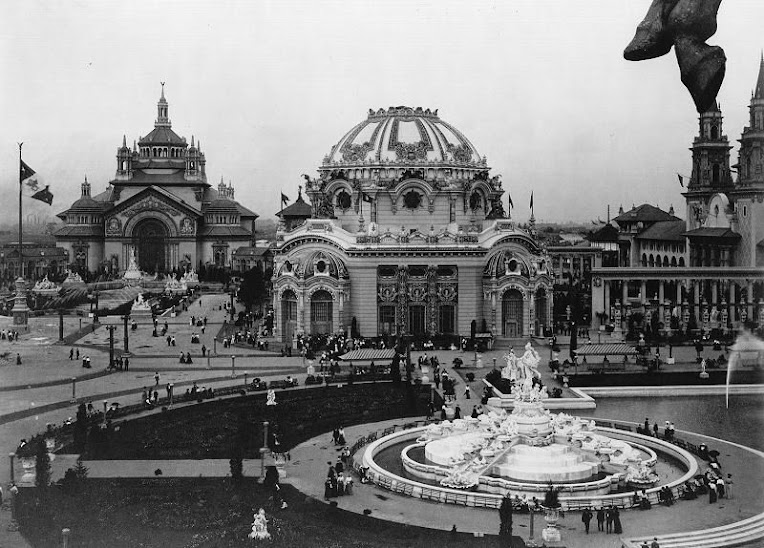 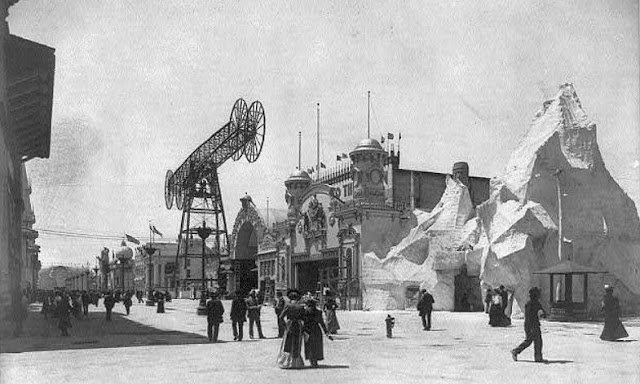 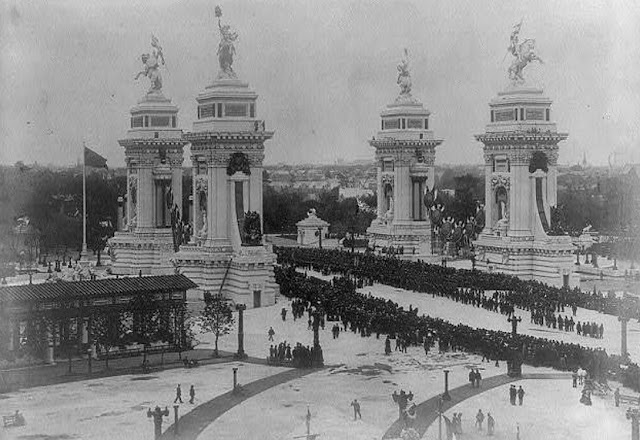 Despite much anticipation and publicity, the “Pan-Am” did not reach its expected attendance goal. Cool, rainy weather in the spring and summer kept people away. By the time the weather improved in September, the Exposition was then overshadowed by the assassination of President McKinley. When it closed on November 1, only eight million people of the projected twenty million had actually visited the Exposition.
Mabel Barnes was 23-years old, and a schoolteacher who visited the fair 33 times, recording her observations in three volumes.
The most shocking event in the fair was the public slaughter of 700 dogs, many taken from animal shelters or snatched off streets. It was held over two days in front of 20,000 spectators. The Indian Congress, made up of several tribes, carried out the executions with Geronimo, on loan from an Oklahoma prison, killing the first dog with a bow and arrow. The dogs were then eaten.
https://buffalonews.com/lifestyles/electrifying-fall-of-rainbow-city-a-colorful-look-at-1901-pan-am/article_1466a5ce-8998-5fbc-819a-5e7b15520842.html
When the fair ended, the contents of the grounds were sold to the Chicago House Wrecking Company of Chicago for US$92,000 ($2.61 million in 2021 dollars.)
Demolition of the buildings began in March 1902, and within a year, most of the buildings were demolished. The grounds were then cleared and subdivided to be used for residential streets, homes, and park land. Similar to previous world fairs, most of the buildings were constructed of timber and steel framing with precast staff panels made of a plaster/fiber mix. These buildings were built as a means of rapid construction and temporary ornamentation and not made to last.
At least one engine from the miniature railway that carried visitors around the fair was preserved. It is currently privately owned and operated in Braddock Heights, Maryland.
Within a year, most evidence of the Exposition had disappeared. The tract of land it occupied soon gave way to residential and commercial property. The New York State Building, one of the few permanent structures built for the Exposition, is now The Buffalo History Museum.
Teddy Roosevelt visited the World’s Columbian Exposition in Chicago (1893), during his time as U.S. Civil Service Commissioner. In May of 1901, when First Lady Ida McKinley fell ill and President William McKinley was unable to attend the opening of Buffalo’s Pan-American Exposition, TR filled in.
During his time as President, TR attended three major expositions: the South Carolina Inter-State and West Indian Exposition (1902); the Louisiana Purchase Exposition (1904); and the Jamestown Tercentennial (1907). The only major event that TR appears to have missed was Omaha’s Trans-Mississippi Exposition (1898), which took place while he was serving in the Spanish-American War and then running for New York State Governor.
https://www.mecum.com/lots/GN1119-387096/1918-ford-model-t
https://www.trsite.org/learn/the-pan-american-expo
https://www.trsite.org/blog/2021/04/05/artifact-of-the-month-1617632514
https://picryl.com/media/triumphal-bridge-462-scene-at-pan-am-expo-buffalo-ny-1901-shows-parade-across-ea66fc
https://picryl.com/media/manufacturers-building-pan-american-exposition-1901
https://www.teslaniagara.org/resources/pan-american-exposition/
https://untappedcities.com/2021/07/20/pan-american-exposition-retrospective/
The Smithsonian coordinated all of the U.S. Government exhibits and prepared a display on its activities and collections for the exposition, so for better phots of the 1901 expo, look in their archives http://siarchives.si.edu
at Friday, May 27, 2022