Farnum Fish, 16 years old with wealthy parents (they bought him a $5000 dollar airplane in 1911) set the record for flying over water in 1912, here he is at a flying exhibition at the Wisconsin State Fairgrounds. He was, at the age of 15, the "youngest licensed aviator in the world" 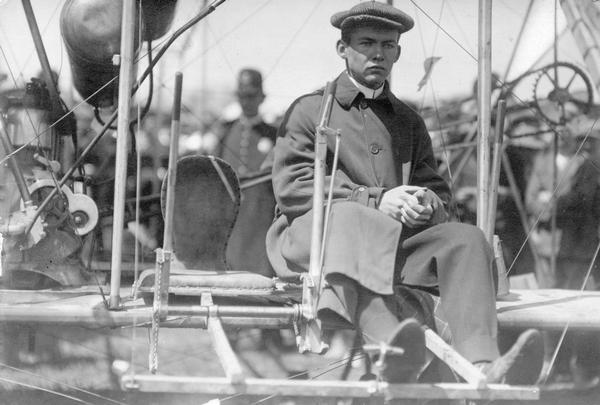 With his parents bankrolling his every wish, the 16-year-old, California-born Farnun Fish learned to fly at the Wright Aviation School in Dayton, Ohio.

Then, they bought him a $5,000 Wright Flyer Model B and he went on the exhibition circuit.

In February 1912, he participated in a pilots meet at Emeryville Race Track, in California, where he carried the first airmail to Oakland.

Next he attended a small meet in April at the Coronado Polo Grounds in San Diego, where he angered Glenn Curtiss when he landed without invitation on Curtiss's airfield

He was the first to carry newspapers, and at the time, that was a big deal, as it was far faster than the train for circulation of news.

On May 17, 1912, Fish was arrested "after landing with a woman passenger in Grant Park" in Chicago.

He avoided a fine by claiming engine trouble.

Imagine how damn awesome it would be for your sex life, to be 16, with your own airplane, your parents bankroll, and celebrity status.

In these photos, Fish had recently completed a promotional flight from Chicago to Milwaukee that was the record for over-water flight. This close-up offers an excellent view of the manner in which the early Wright planes were controlled. 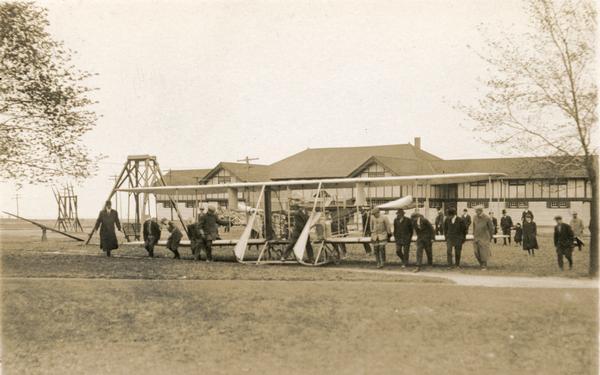 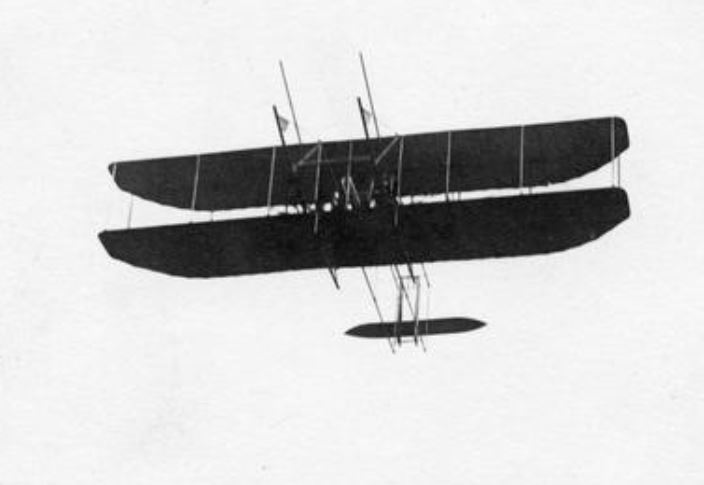 But his youthful life of adventure didn't end with fairground exhibitions... no, it was getting shot while flying recon for Pancho Villa, I shit you not.

On May 15, 1915, Fish was flying reconnaissance for Pancho Villa during the Mexican Revolution. While 500 feet over a large body of soldiers, he was shot at; one bullet entered his calf, passed through his thigh and ended up in his shoulder.

He managed to return to his base before crashing in his bullet-ridden aircraft, making him, according to Dr. John H. Lienhard, Professor Emeritus of Mechanical Engineering and History at the University of Houston, "the first airplane casualty in the history of aerial warfare." 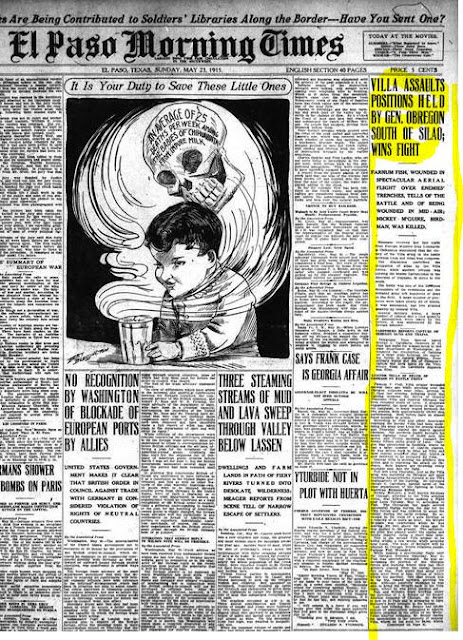 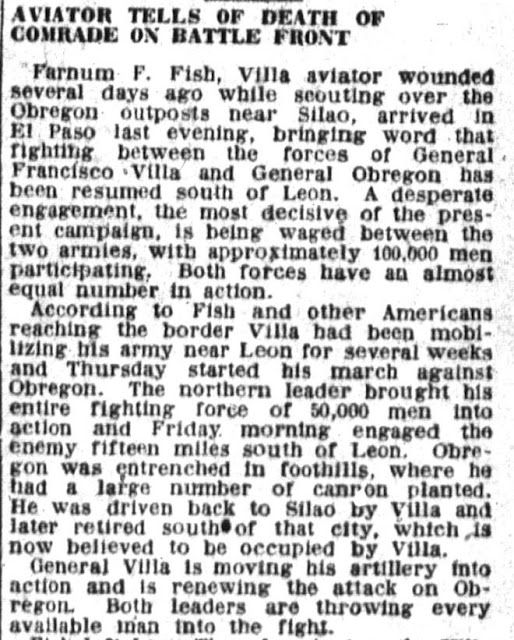 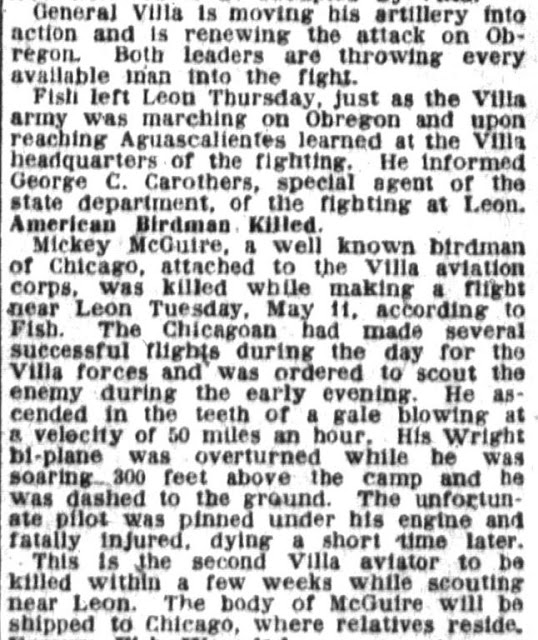 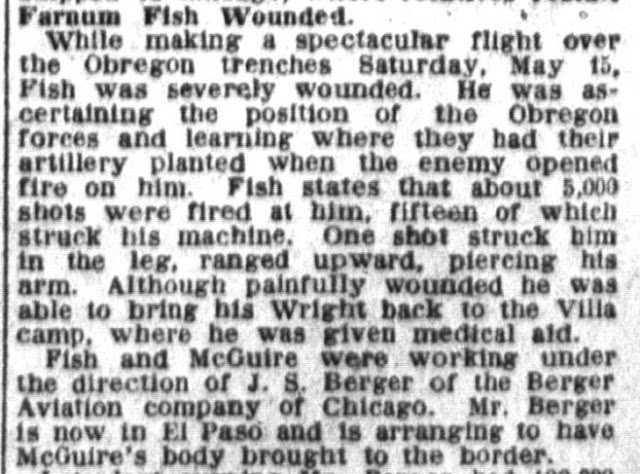