I didn't know that the National Park Service was interested in, and has plans for, preservation and re-use of historical gas stations, except for the one in San Fran on multi million dollar real estate I posted about last month 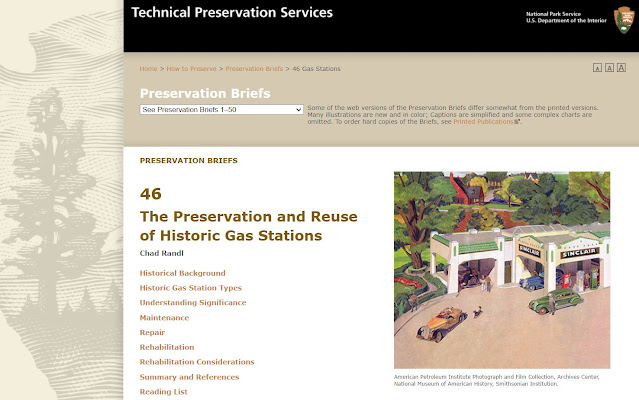 Across the United States gas stations are slowly being rediscovered for their historic significance. They have even been included on statewide endangered property lists.
Once spurned as out of place incursions or eyesores, historic stations are increasingly appreciated for their contribution to the character of a neighborhood, and the way they are easily adapted for new uses. This Preservation Brief provides guidance on assessing the significance of historic gas stations and encourages their preservation by providing information on the maintenance and repair of existing structures.
This Brief also describes appropriate rehabilitation treatments, including conversion for new functions when the historic use is no longer feasible.

The unique features and characteristics that define historic gas stations can be respected and preserved through sensitive maintenance, repair, and rehabilitation. Such work minimizes unnecessary alterations and ensures that the building continues to contribute to the character and vitality of its community. 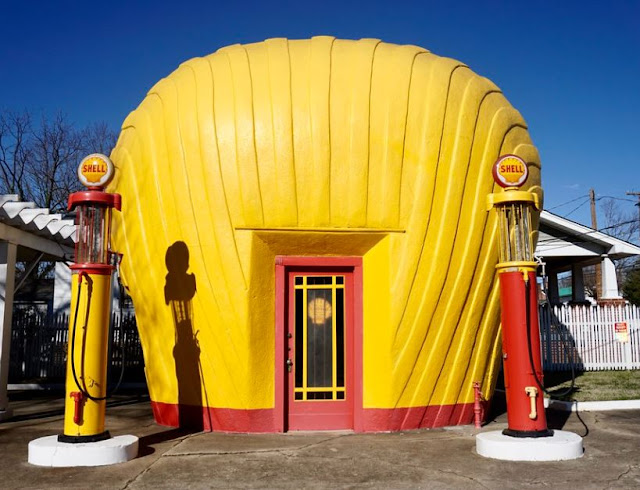 This little yellow scallop shell shaped service station on East Sprague Street in Winston-Salem is the only authentic building of its kind on earth.

Royal Dutch Petroleum, founded in 1890, was extracting crude oil from wells on the island of Sumatra. In 1907, as a defensive measure against the cut-throat tactics of the Standard Oil Company, they merged with the Shell Transport and Trading Company to form Royal Dutch Shell. The Dutch division had charge of extraction and shipping of crude. The British division did the refining and distribution. Antiques and curios became just a memory.

Shell gasoline arrived in the United States in 1915 when the company began building service stations in California. They adopted the colors red and yellow from the Spanish flag because so many Californians at that time had Spanish backgrounds. 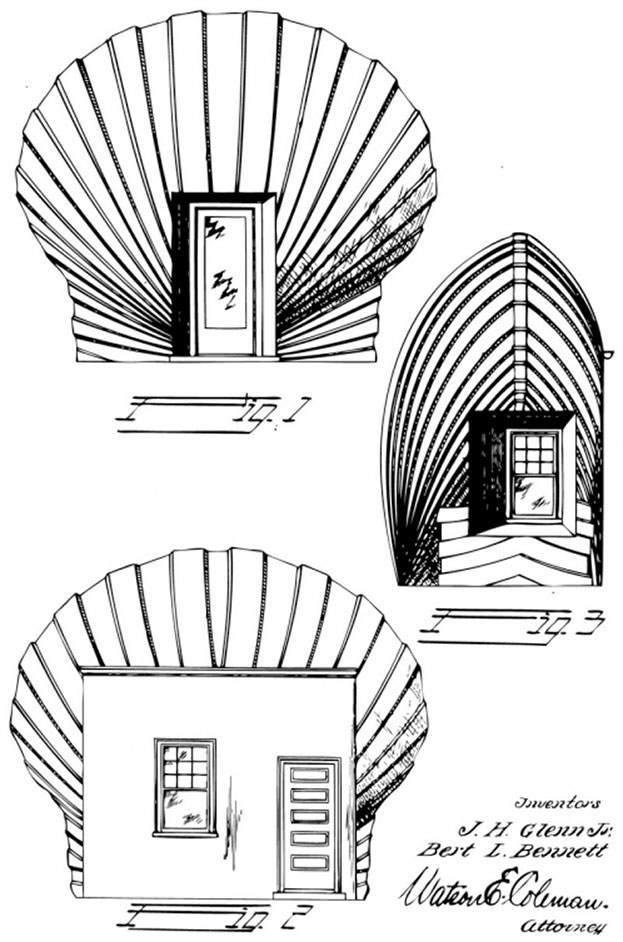 By 1934, the stations provided too little space for modern services, so one by one fell into disuse.

Most were replaced by larger buildings. But when the station at Sprague and Peachtree Street, built by Rad B. Burton in 1930, closed, it was leased in 1972 and later bought by James D. Watson who established a small engine repair shop in the building. That saved the only remaining scallop shell service station in the world. 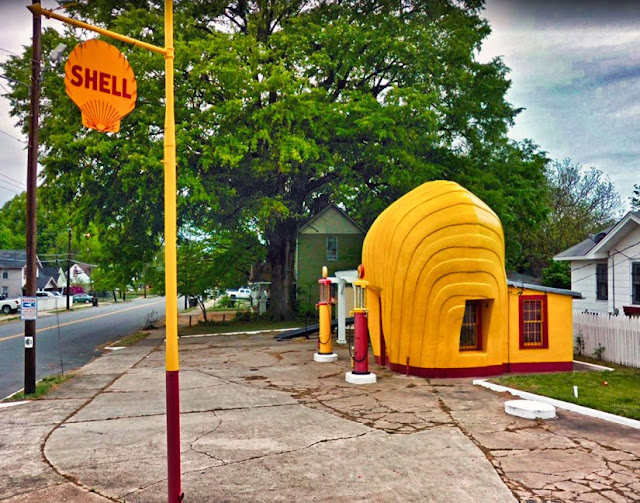 During the 1920s and 30s and continuing after World War II, some gas stations showed a marked contrast to the predominant shed, house, and later box designs.

Called programmatic architecture, these stations assumed the fanciful shape of animals, apples, tea kettles, tepees, windmills, castles, icebergs, and airplanes. Appealing to the curiosity of passing motorists, programmatic stations were inspired by local culture, distinctive local materials, or the whim of the owner. 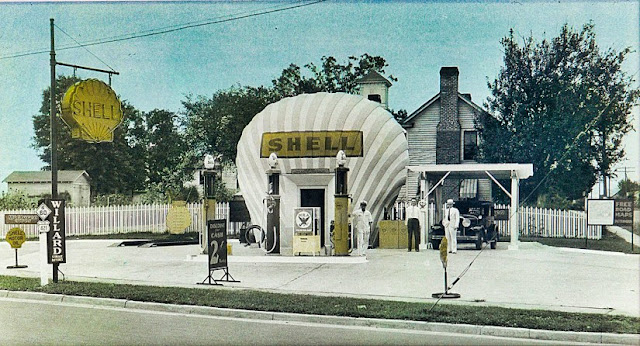 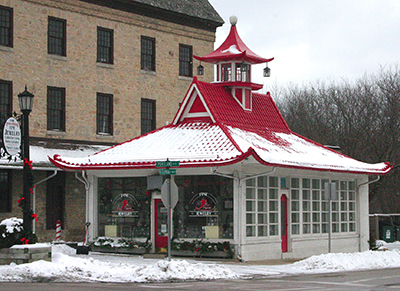 In Cedarburg, WI, is a 1929 pagoda-style metal tile roof, complete with upturned eaves and Japanese lanterns suspended from the cupola. The building currently functions as a jewelry store.

The US Environmental Protection Agency (EPA) estimated in 2004 that there were at least 200,000 abandoned vacant sites with petroleum contamination in the United States, most of which are gas stations.

Royal Dutch Shell, commonly known as Shell, an Anglo–Dutch multinational oil and gas company headquartered in The Hague, is the second largest company in the world in terms of revenue.It has operations in over 90 countries, produces around 3.1 million barrels of oil equivalent per day and has 44,000 service stations worldwide. Shell Oil Company, its subsidiary in the United States, is one of its largest businesses.