Honorary mayor of Beverly Hills in 1926, Will Rogers 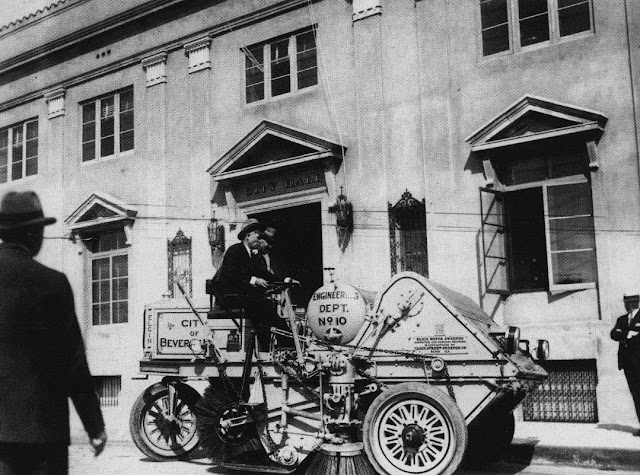 “Honorary” meant there was really nothing significant for him to do. But still, when the city acquired a new Elgin Street Sweeper, who better to demonstrate it with a drive to the original Beverly Hills city hall? 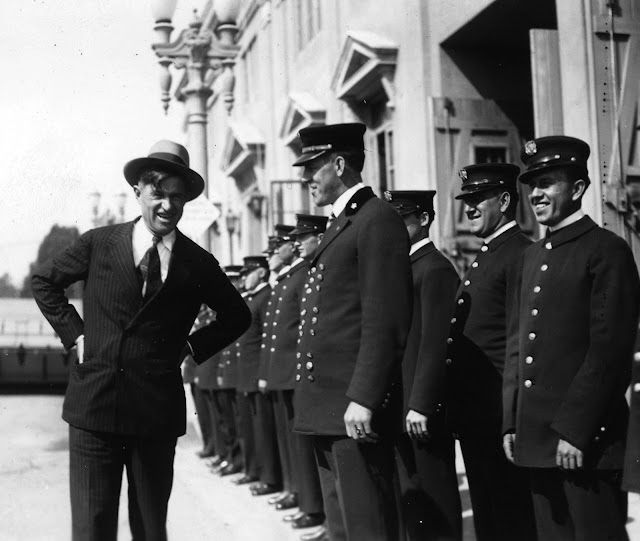 Honorary Mayor Will Rogers and the Beverly Hills Fire Department standing outside the city's first City Hall and fire station.


A new candidate for Pomona mayor appeared on the scene March 8, 1927.

He had everything you’d want in a mayor – good speaking skills, leadership ability and the ability to do rope tricks.

The only thing going against Will Rogers becoming the top man in Pomona was that he already was a mayor, though honorary, in Beverly Hills. Working some local flavor into his talk, Rogers said he would be a perfect alternative to the numerous candidates running in Pomona’s upcoming election.

He assured the audience that a year as honorary mayor of Beverly Hills had prepared him for leadership, and that he could easily take on another city – maybe even two.

He was asked how he could be mayor of Beverly Hills while always traveling around the world.
“He declared that therein lay the secret of his success,” said the newspaper account. He “advised that every other city would be a thousand fold better off if the mayor would get out of town and stay out during … their administration.”

Rogers came to Pomona at the height of his popularity. The frequent guest of the world’s elite, he took particular delight in poking fun at those in power.

He told the audience he had recently been in England during a strike by coal workers. There, the strikers collected $1 a day from a union strike fund.

“He explained to the authorities that this paying men when they did not work was all wrong,” reported the Pomona Bulletin the next day. “He knew because we had tried it here with the Senate and (House of) Representatives.”

He said it was wrong for the United States to intervene in unrest in China: “He thinks things have come to a pretty mess when a country can’t have its own civil war without other nations butting in. China did not interfere when America had its Civil War, and why should we do so now?”

On assisting farmers: “It isn’t necessary for Congress to pass any more relief bills for the farmers as they have been relieved of about everything now.”

On a plan to force New York City saloons to close at 3 a.m.: “He thinks that a town that isn’t drunk by 3 a.m. isn’t half trying.”

But before Rogers left Beverly Hills, he was named the town's "Honorary Mayor" in December 1926. A popular resident, Rogers was also a generous financier to Beverly Hills, having personally paid for a gymnasium and handball court for the city's police force. However, just weeks after his inauguration, the California Legislature ruled that Rogers could not serve because Beverly Hills was obligated to make the president of the board of trustees its mayor.
at Saturday, August 29, 2020