The Gebruder Verga Coupe was a special body on a Volkswagen chassis, a little space age Coupe produced by a small Carrozzeria or bodyshop in Switzerland in the late 50’s 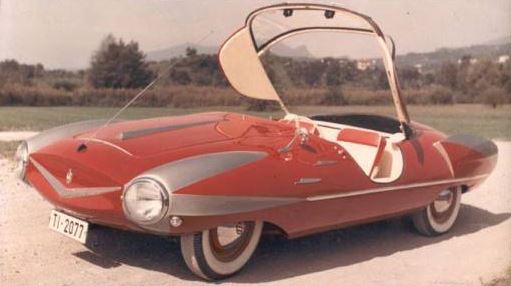 The Carrozzeria Verga was founded in 1830 by Benjamin Verga as a maker of wagons and carriages crafted from wood and iron. The business stayed in the family and in the next century, later generations became skilled coach builders.

In 1956 Enrico Verga produced a prototype car which appeared at a Concours D’Elegance competition in Campione d’Italia near Lugano. The Gebruder Verga Coupe was a special body on a Volkswagen chassis with a rear-mounted air-cooled engine 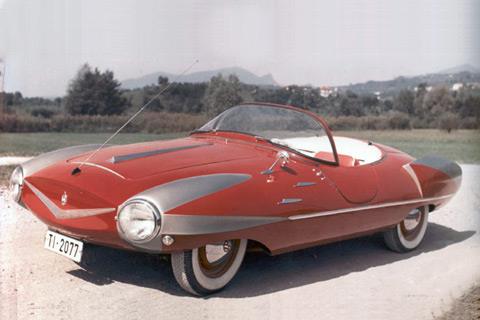 Over the years this car had some rather extensive modifications for not entirely legal reasons. It was used to smuggle auto bits, especially truck ball bearings at a time when customs duties were high. Secret compartments had been installed and the four corners of the body had jacks, which raised it up to reveal the contraband goods. The frame had been reinforced to take the extra weight.

In 1959 the car was seized by the French Police at Arnéguy on the Spainish border. It was confiscated by the state and stored in a warehouse at the La Rochelle Customs School until it was rediscovered quite recently.