The first license plate in the US was "1", issued in Massachusetts, to Frederick Tudor, in 1903. He got it because he was related to the right person, the fix was in. The plate is still held by someone in his family. 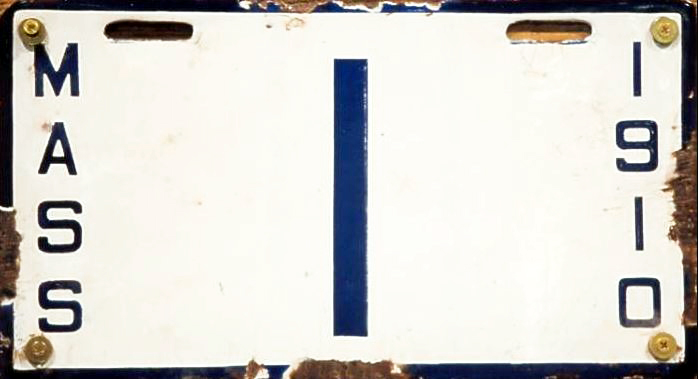 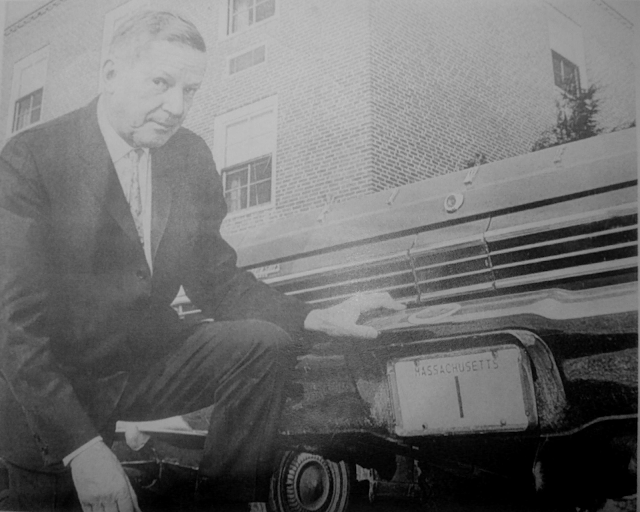 The Massachusetts Legislature passed a bill in 1892, creating a Commission of Inquiry that noted more than 90 percent of the roads were in very poor condition and were only going to get worse as traffic increased. This investigation led to the creation of the Massachusetts Highway Commission a year later; it was one of the first such governmental bodies in the country to “improve the public roads, and to define its powers and duties,” according to the 1893 Commission Report.

Meanwhile, wealthy Henry Lee Higginson (he was the founder of Boston Symphony Orchestra) was growing tired of cars regularly exceeding the speed limit of 15 miles an hour on the roads near his summer estate. He submitted a petition in 1903 about his problem entitled, “A Petition Relative to Licensing Automobiles and Those Operating the Same.” Higginson had influential friends.

By June of that same year, as a way of creating the revenue to improve the roads, as well as identifying cars involved in newly created traffic infractions, Massachusetts passed a provision in Chapter 473 of the Acts of 1903, creating the “automobile department” (headed by Elting O’Hara, the highway commission board’s stenographer). As Higginson suggested, the new “automobile department” required all automobile owners to register their cars and pay the two dollar fee each year; in exchange, license plates were issued to each registered car.

Massachusetts was the first state in the nation to issue plates, and by New Year’s Eve 1903, 3,241 automobiles and 502 motorcycles (in addition to 692 chauffeur licenses and car manufacturer licenses) helped deposit $17,684 into the state treasury. The very first license plate issued by a state government (Number 1) was issued on September 1, 1903, to Frederick Tudor of Brookline. Not only was Tudor just the right man at the right time, but he was working with the highway commission at the time and he just so happened to be the nephew of Henry Lee Higginson. 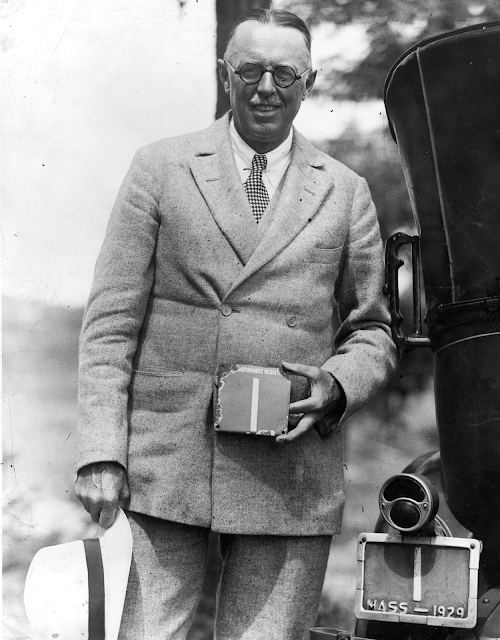 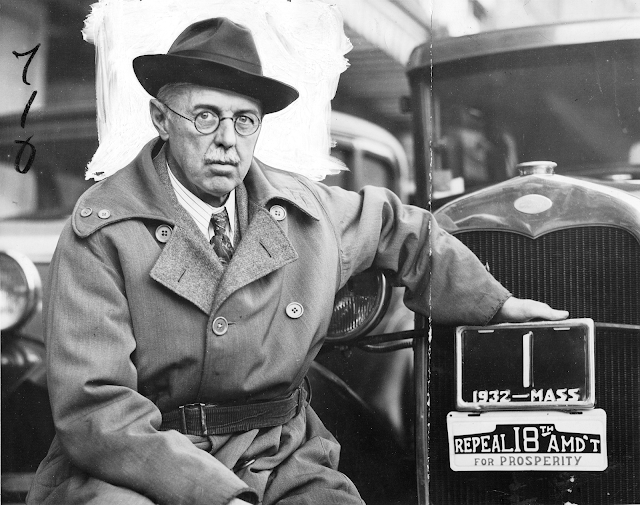 Immediately after the first license plates appeared, drivers in Massachusetts were vying to obtain the lowest numbered plate available as a symbol of status. For the past 20 years, the Registry of Motor Vehicles has held a lottery to clear out low numbered license plates from its inventory. Nearly 5,000 people enter this lottery every year in the hopes of winning a much coveted low-number plate, and even though a three- or four-digit license plate can carry an air of exclusivity to its owner, no one can get any better than Tudor’s license plate Number 1, which is still actively registered to one of his descendants