Miss Lace, a character from a comic strip by the artist who made Terry and the Pirates, was graciously conferred by the artist to a Lt who requested its use for his B 17 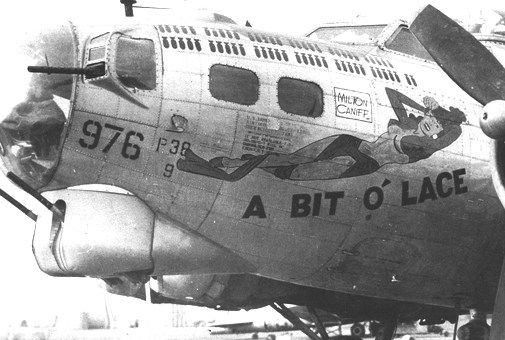 he was also famous for Steve Canyon.

In his support for the forces Caniff produced a comic strip dedicated to and centering on the forces during the war, it was initially a special version of ‘Terry and the Pirates’, concentrating on the character ‘Burma’ and only published in military newspapers. However after complaints were made about its inaccessibility to the general public it was re named ‘Male Call’ and the main character called ‘Miss Lace’.

The strip was produced until 7 months after V-J day and ‘Miss Lace’ became the inspiration for B-17 nose art ‘Bit o Lace’ after Caniff received a request from Lt John Bauman to use the character ‘Miss Lace’. Caniff responded in the affirmative and sent a sketch back entitled ‘Bit o Lace’ with the message “A bit of lace for Lt John Bauman and the gang, with my very best wishes” 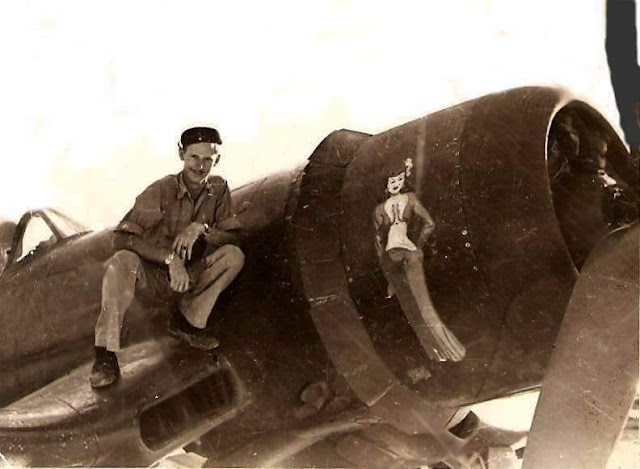 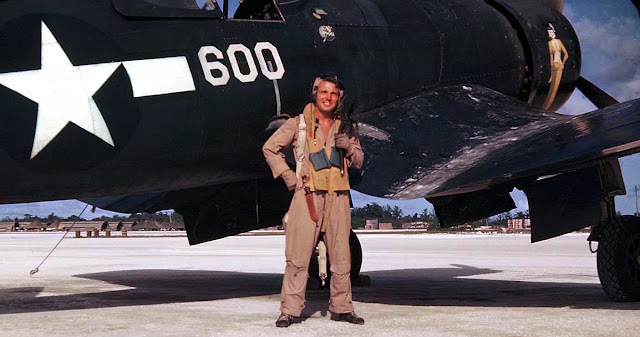 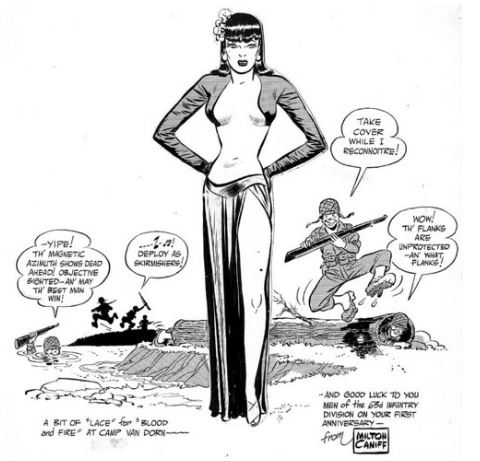 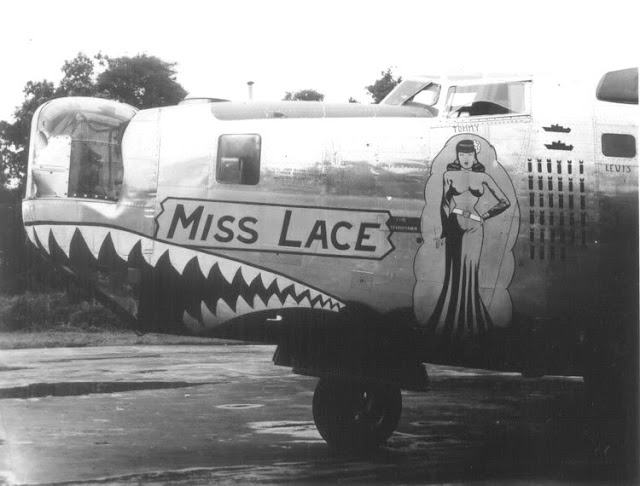 Although most people never had the chance to see Caniff’s legendary, although rarest, comic strip Male Call, and it's featured femme extraordinaire Miss Lace, you can now buy Caniff’s unique contribution to the war effort, combining sex and humor, in its entirety on Amazon.

I just got mine, and they were the only in stock of their published examples, but there are a hell of a lot of others, https://www.amazon.com/s/ref=nb_sb_noss_2?url=search-alias%3Daps&field-keywords=male+call+caniff 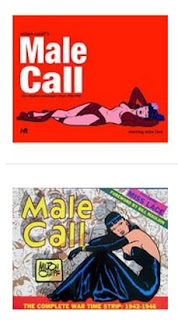 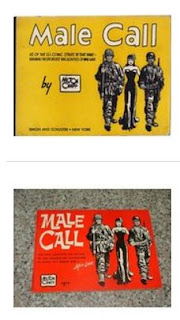 Caniff became popular overseas and on the home front for his painstakingly accurate research and attention to detail in Terry and the Pirates, which has gone into history as one of the most important comic strips of the era.

However, the comic strip was a continuing daily strip, and with many GI’s often being away from newspapers for long periods of time due to being in battle, the continuity of the strip often became lost, making Terry virtually unreadable to the men that it celebrated.

As a service to the US armed forces, Caniff developed a second “gag a day” Terry and the Pirates strip that he would draw and submit to overseas military camp newspapers completely separate from the on-going Terry comic strip. Popular for his smart and sexy heroines, Caniff chose his popular character Burma, a con-artist turned singer, as his central character. In each strip Burma would be put in a fun and often sexy situation involving her interactions with American GIs.

However, when the editor of the Miami Herald learned that a second version of the strip was being given away to overseas papers for free, he complained to the Tribune that he was being “cheated.” Always takes one jerk to wreck everything. Caniff was forced to end his daily Terry strip with Burma in just less than four months. 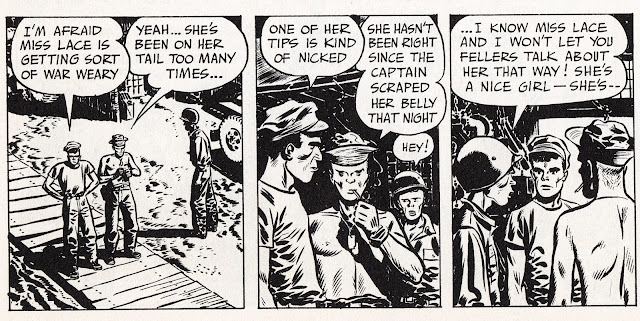 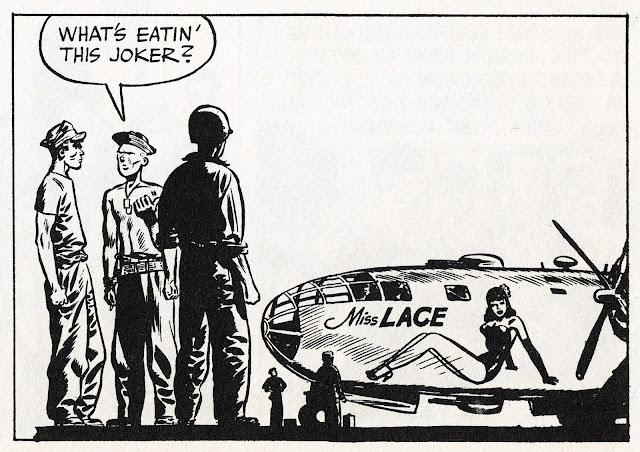