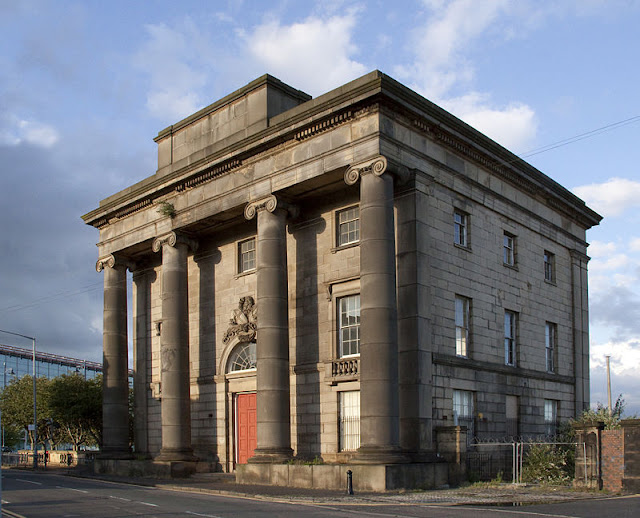 it is so old, there are engravings of it instead of photos, from when it was first built 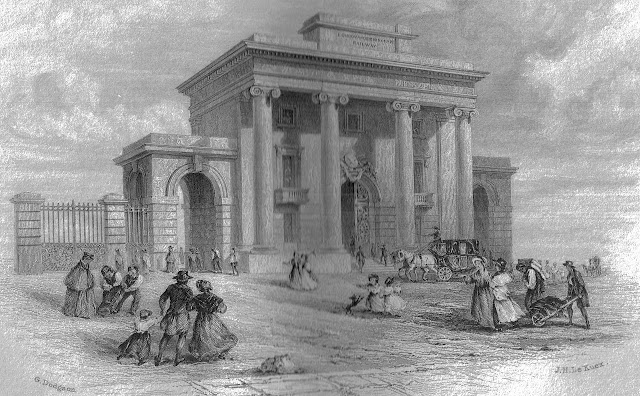 Built in 1838, it is the world's oldest surviving piece of monumental railway architecture, and was designed by Philip Hardwick, inspired by his trip to Italy in 1818–19. It has tall pillars running up the front of the building, made out of a series of huge blocks of stone.

The design mirrored the Euston Arch at the London end of the L and BR. In the original design the building was to be flanked by two arches leading into the station: excavations have revealed that these were never built. The interior housed the booking hall, with a large iron balustraded stone staircase, a refreshment room and offices. It is three storeys tall but relatively small. In 1840 a now demolished hotel extension was added to the northern side of the building.

It was meant to impress users of the new railway. And it did. Unfortunately the location in the east of the city didn't, and the station was only used by scheduled passenger trains between 1838 and 1854.