the 70 T Bird is a car I don't think I have seen before, and when I saw this one, I had no idea it was even a Ford. Looks like a Gran Prix. For a good reason, same designer 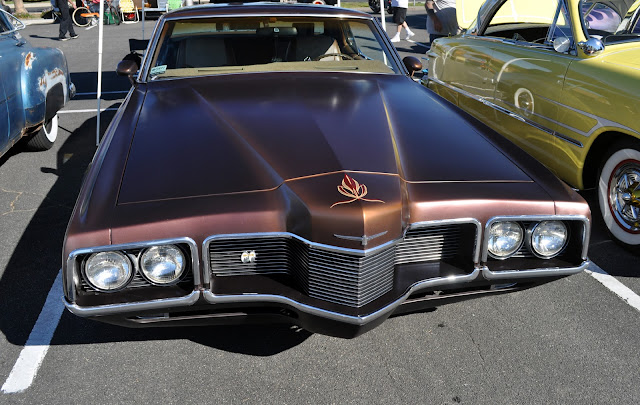 Low miles and a 428 if I recall correctly. Cool fade from dark brown to gold. The rootbeer like color is why it has an A&W bear on the shifter console 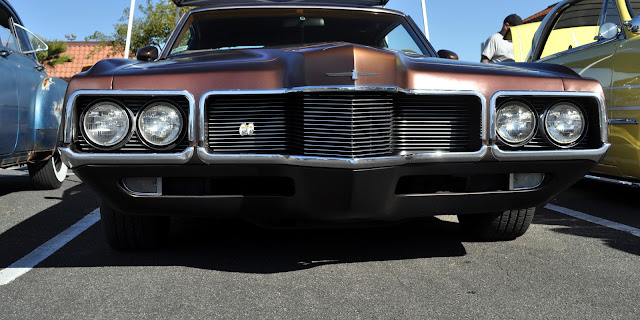 in the front fascia you can see the large prominent projection resembling a bird or eagle's beak that was in line with long angular lines in the hood. Semon "Bunkie" Knudsen, the former GM man now President of Ford, is said to be responsible for this dramatic change. Wikipedia

According to Wagner, Ford's grand plan for the 1970 Ford Thunderbird included an all-new Fairlane/Torino with a self-supporting body and compliant frame similar to the full-size Ford's. Dearborn appears to have also considered a new Thunderbird based on this mid-size platform. That idea certainly would have appealed to Semon E. "Bunkie" Knudsen, whom Henry Ford II hired as Ford Motor Company CEO in early 1968.

Having served as general manager of Pontiac and then Chevrolet, Bunkie was easily lured away from General Motors when he felt his career there had stalled. At Ford, he questioned the contradiction that the Thunderbird had become: a large but sporty prestige car offered through the company's mass-market division.

He knew that Pontiac was moving the slow-selling Grand Prix to a mid-size platform for 1969, and thought the Thunderbird might benefit from a similar change. Although no designer himself, he kibitzed liberally in the studios, pushing for his trademark "bold nose" front ends (the designers called them "Bunkie Beaks") and massive rear quarters.
He twisted engineering arms to allow stationary sheet metal ahead of the engine hood -- an idea favored at General Motors for design flexibility but previously banned by Ford engineers, who saw only extra seams to go awry during assembly.

He clashed bitterly with Lee Iacocca, who no doubt believed that he deserved Knudsen's job. After one particularly acerbic conflict in September 1969, Henry Ford II dispatched Knudsen to the unemployment line. But by then, Bunkie had left his mark on the Thunderbird.
http://auto.howstuffworks.com/1967-1971-ford-thunderbird5.htm 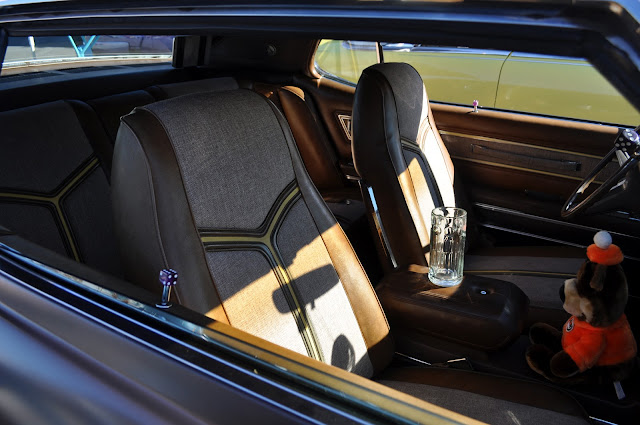 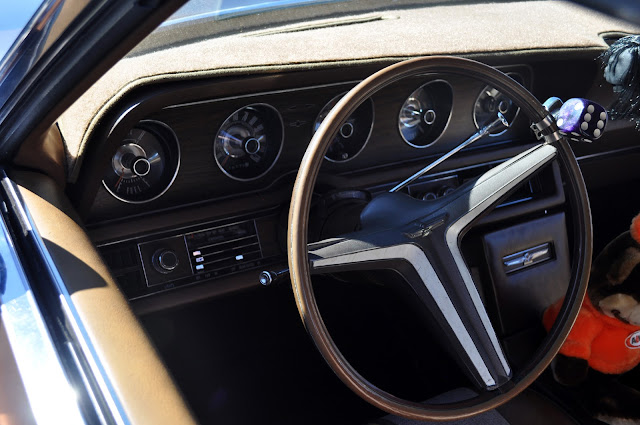 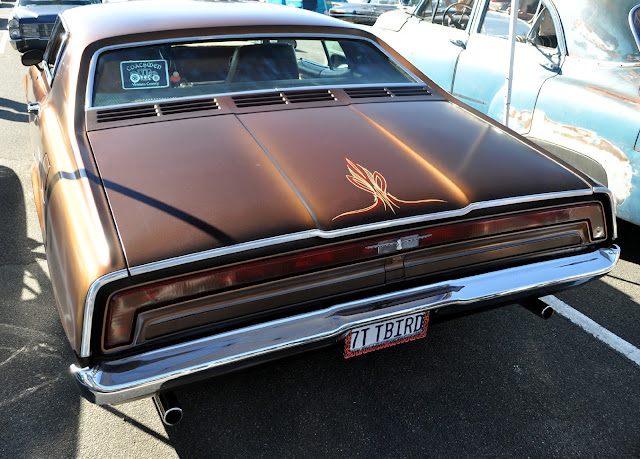 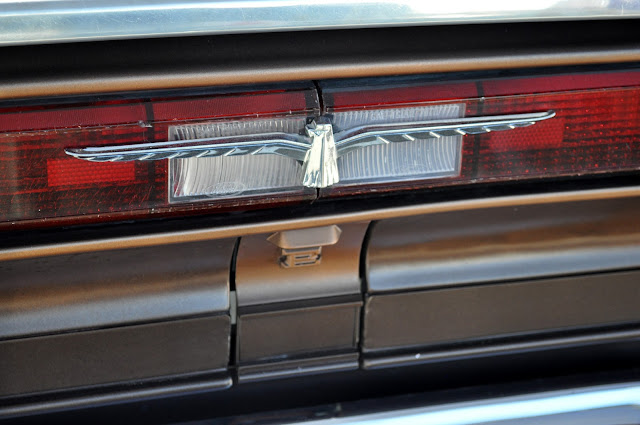 Why and "E" below the Bird? Cause it wouldn't come off! The strange way that cars were made included casting all the letters in the word Thunderbird, except the center "E" is not separated from the gas tank door. Some designer couldn't bear to see it simple and easy perhaps. Just more "E"s ordered and riveted on. 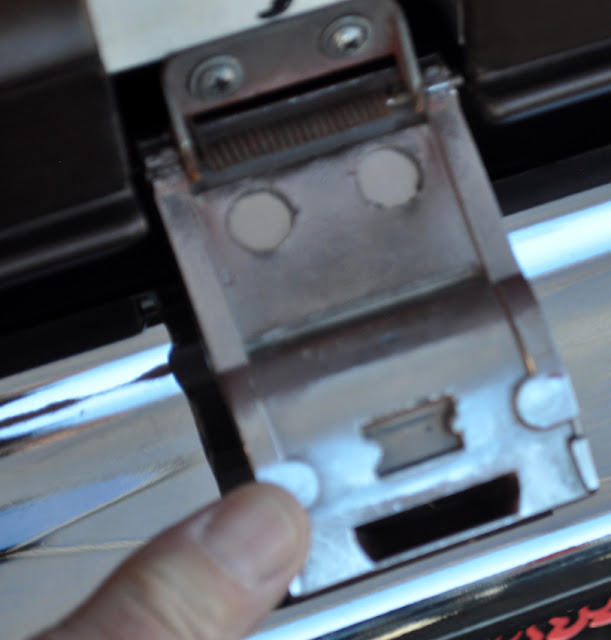