Does anyone know a member of Walter Seeley's family? Jim is trying to return a book to them 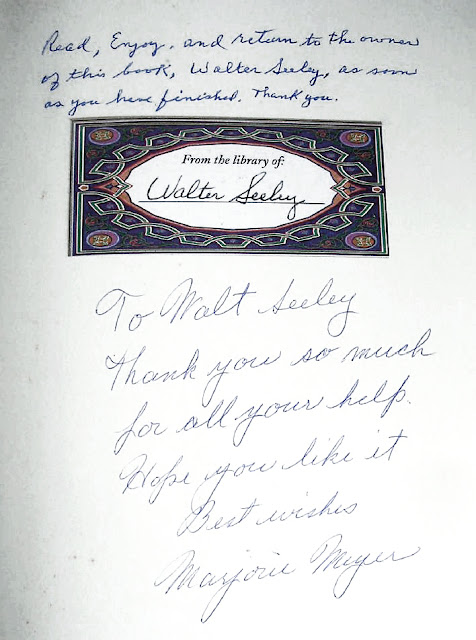 these were all found in the book that Jim bought, and he thinks that this book would be better kept by Walt's family 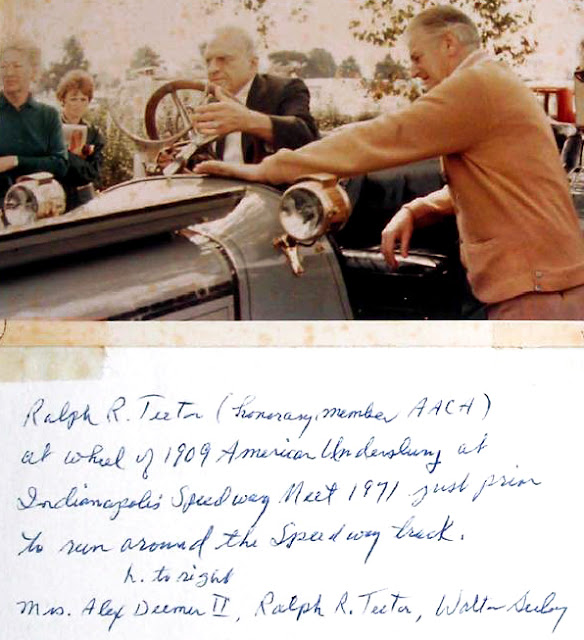 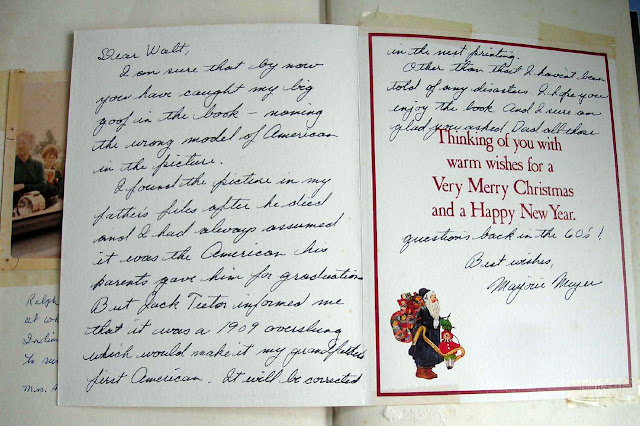 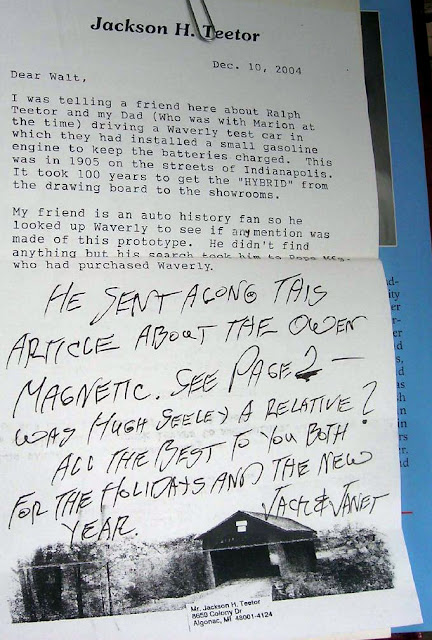 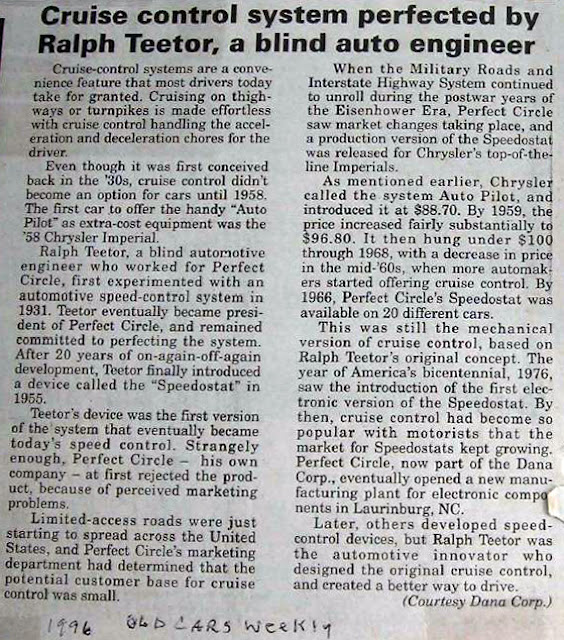 If you can help Jim get this book back to Walt's family, that would be a kindness. Jim's email is sourdoughjim@hotmail.com

Jim wrote the following:
The following letter is one that i wrote to the Antique Automobile Club of America seeking information on an auto restoration man, Walter Seeley.  This regards a book that I received which did belong to him and has some correspondence and a photo inside of it.  See attachments.  If you haven't read the book yet, I highly recommend it.  The Teetor family was involved with the auto industry from it's beginnings until the 1970's.  The note from Jackson Teetor is very interesting regarding a hybrid they experimented with in 1905 with the Waverly (Pope-Waverly) motor co.

Good Morning,I have a book which, apparently, belonged to Walter Seeley.  From what I can find on the web, he was/is a member of AACA.  I would like to get this back to him or his heirs if he has passed on. I was intrigued by a man named Ralph Teetor and purchased a book One Man's Vision  written by his daughter, Marjorie Meyer.  I so enjoyed the book I bought two more copies from Alibris.com at $.99 each.  To my surprise, one of the books appears to have belonged to a man mentioned in the book, Walter Seeley.  It contains items from the author and a photo of Ralph Teetor with Walter and Mrs. F.C. Deemer and one of the American Underslung automobiles that Walter had restored for Mr. Deemer.  Attached are photo's of the items in the book.  There is something written on the back of the photo but I did not remove it from it's place on the page.  I assume what's written on the photo is the same as the caption that Walter wrote in the book under the photo. I penned a letter to Marjorie Meyer c/o Tedco Toys in Hagerstown, IN but received no response.  I'm sure this item would have some sentimental value to someone in the Seeley family and am trying to get it returned.  It seems obvious that Walter did treasure this volume with the items he placed inside of it.  It does no one any good sitting on my bookshelf in Newtonville, IN. Please let me know if you could help.Thank You,Jim Warren
at Saturday, January 05, 2013