it's winter in Southern California, time for sand dunes and sand drags 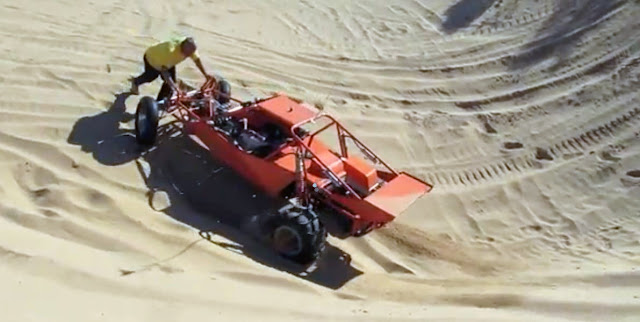 Top fuel, top alcohol, and top eliminator sand drags East of Hemet at http://www.socalsanddrags.com and the first events of 2013 will be March 1-3 and then April 12-14

But try to get actual information about where and when some sand drag racing is held? Nothing I could find in an hour of looking around. Sucks that no websites are actually informative, just commercialized and full of advertising I'll just keep on ignoring

Over at National Sand Drag News I learned a small bit about events and locations,
Las Vegas Jeep Club Jamboree in the Dumont Dunes over President’s Day weekend
Avenal Sand Drags in Central California for their April race
Nitro Nationals at the Dirt 300 in Albuquerque, NM.
Green’s Dragstrip in Henderson, MI
Dome Valley Raceway in Wellton, AZ has announced that the 2013 Top Fuel Shootout will take place on January 25-27
at Saturday, January 05, 2013