Lucas off road racing series to be taking place in Ca, Az, and Nevada 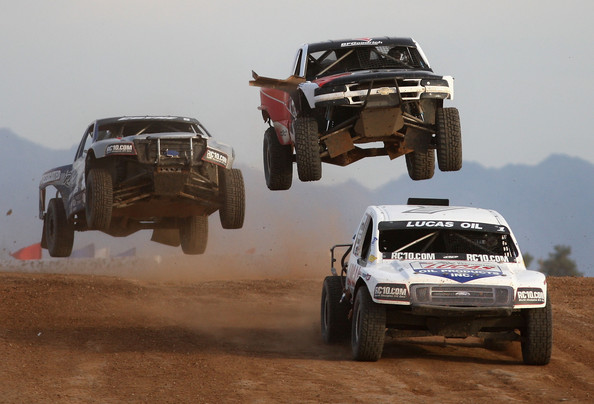 LOORRS unlimited 4 drivers Carl Renezeder (R), Travis Coyne (C) and Alan Pflueger (L) compete in round 3 of the Lucas Oil Off Road Racing Series on May 2, 2009 at the Speedworld Off Road Park in Wittmann, Arizona. (Photo by Christian Petersen)


The Lucas Off-Road Racing Series - the pinnacle of off road short course racing, consisting of 15 races and the season championship, is rapidly climbing up the leader board of televised motor sports and is now ranked second only to NASCAR in cumulative on-air hours.