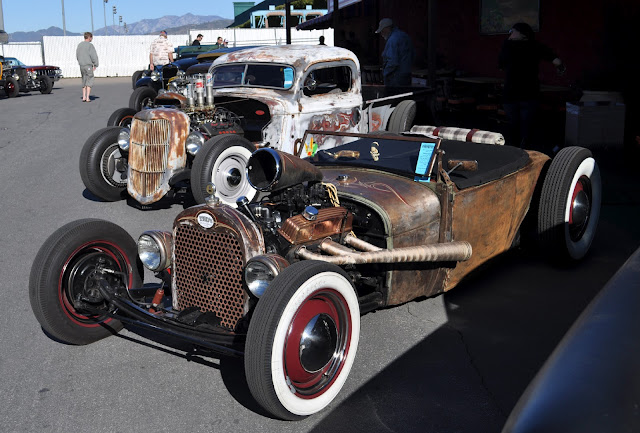 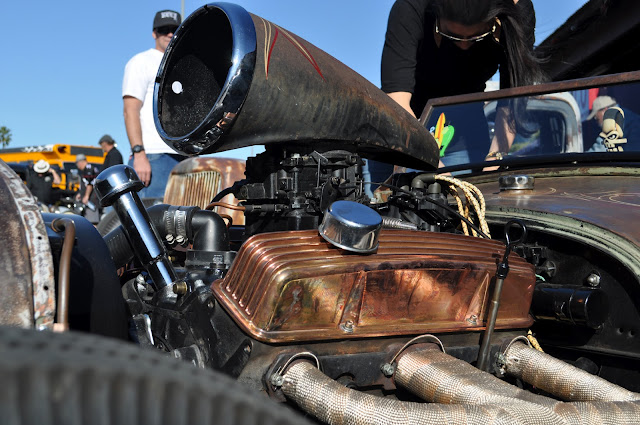 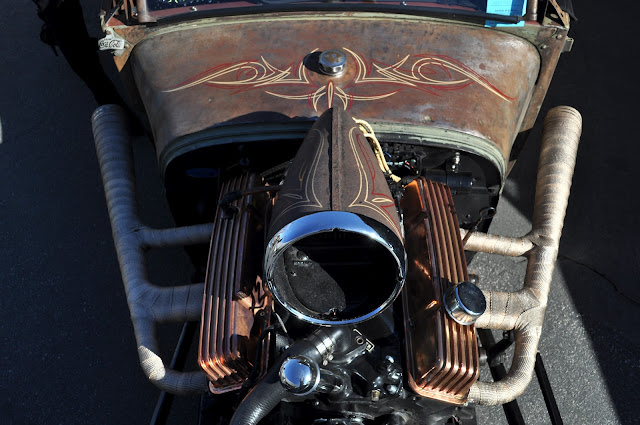 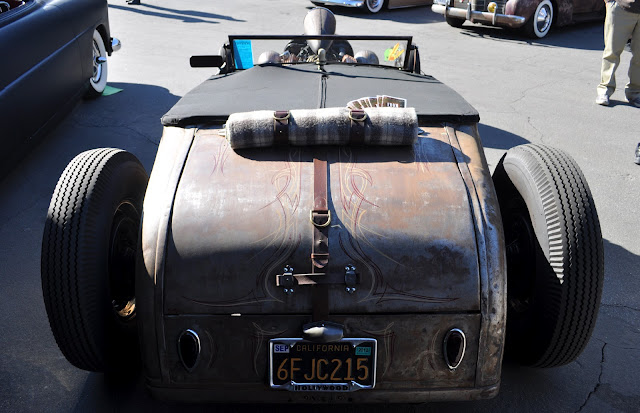 I dig the leather belts and blanket... it's a small touch, but it seems to complete the look of the trunk area very well. Nice pinstriping too... very nice. Not day glow neon colors, instead they are complimentary to the colors of the car, and are subtle, but accentuating. 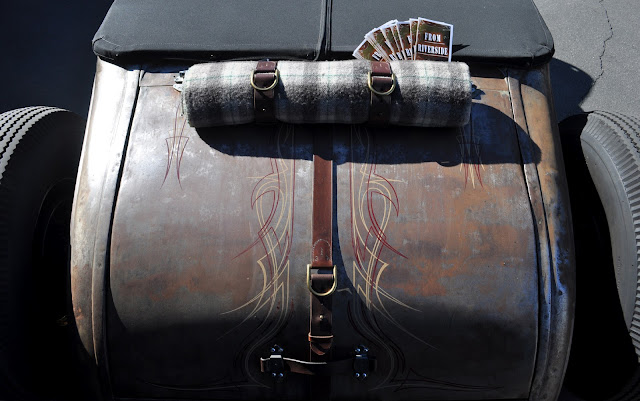 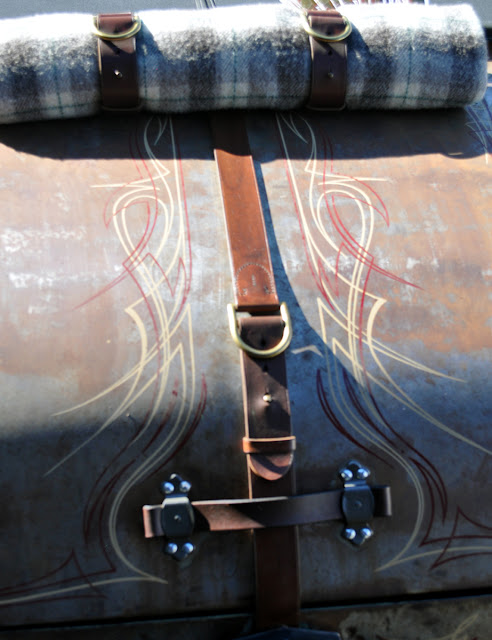 http://www.tedsrodshop.com/ is the winner of the GNRS 2011 Best Radical Custom 1935-1948 and the
West Coast Kustoms Most Outstanding Custom of the Year.

the next rat rod is also from Ted's 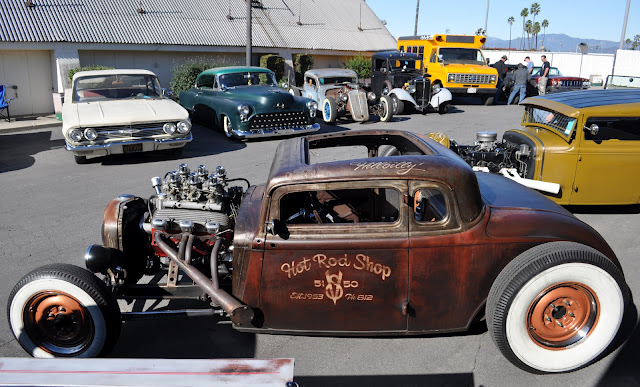 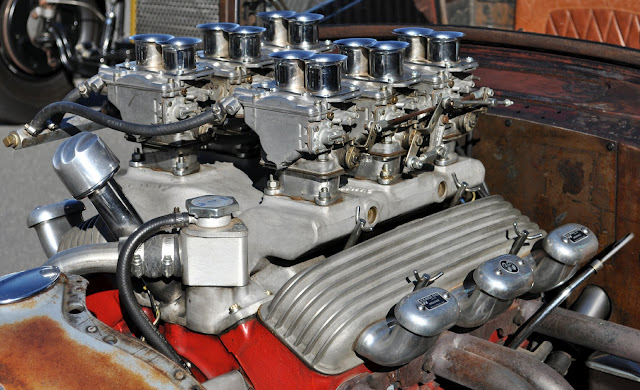 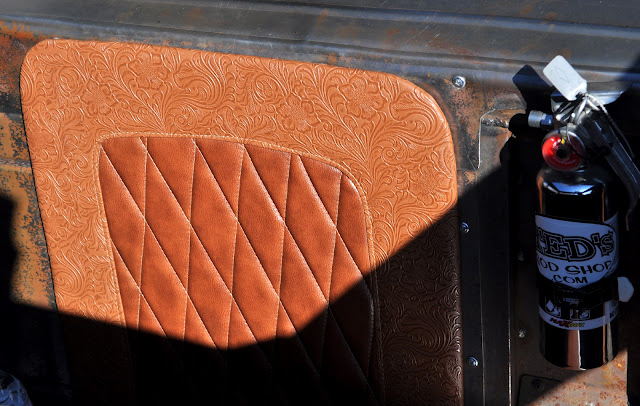 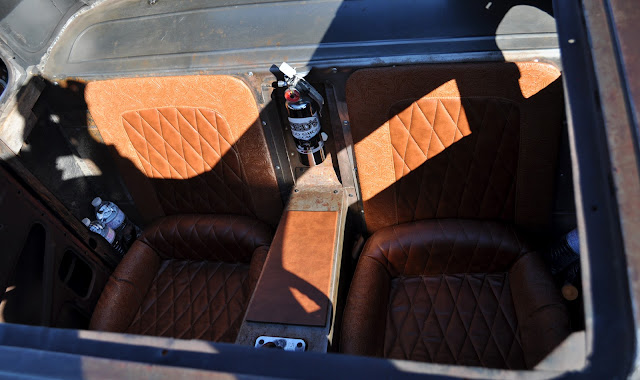 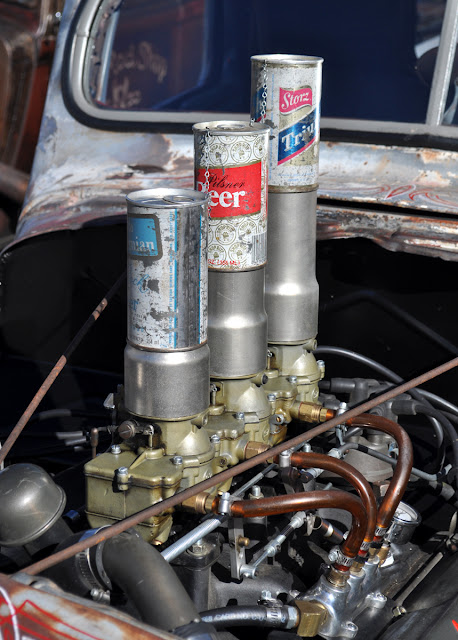 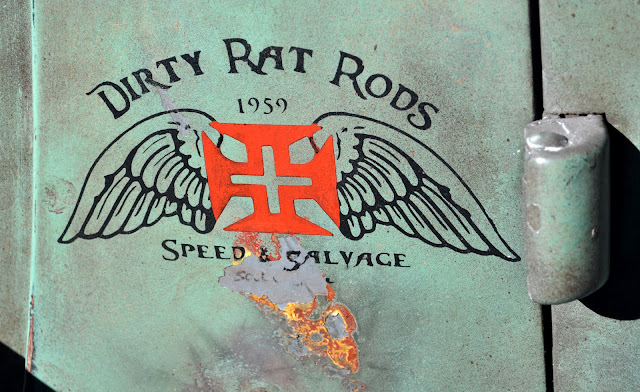 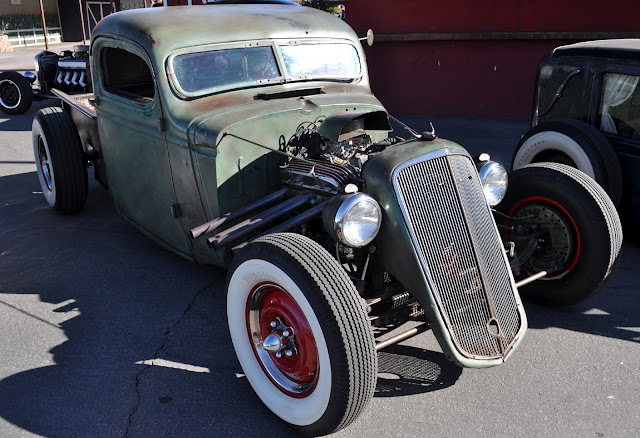 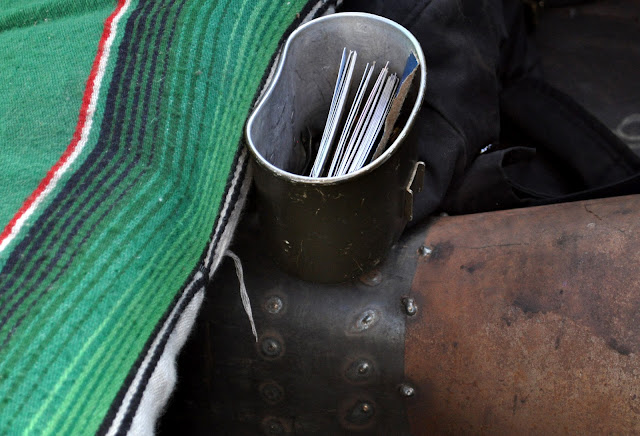 I think the above catch all is from a military mess kit. Intended to be used as a cup or soup bowl. 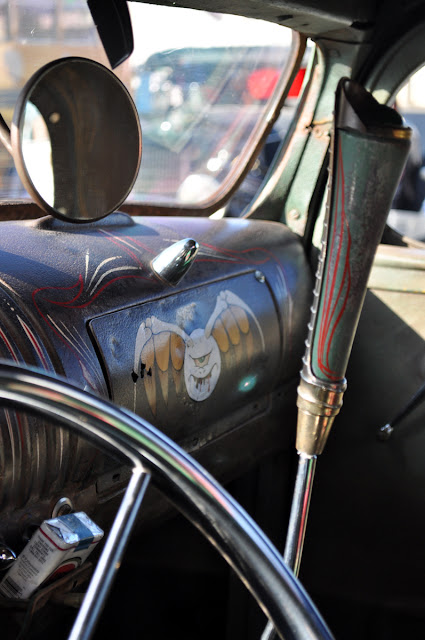 I don't know what the shifter handle is or was... but I like it 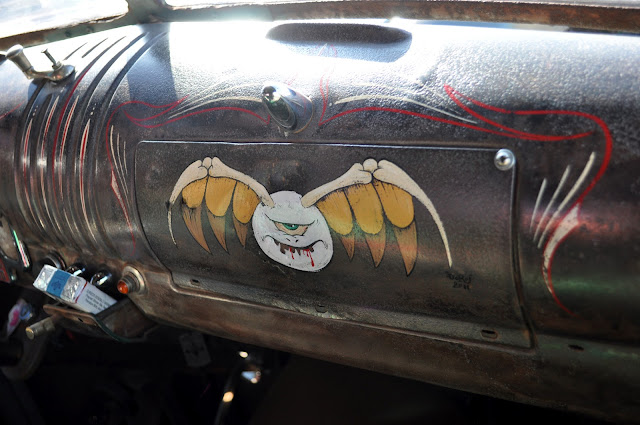 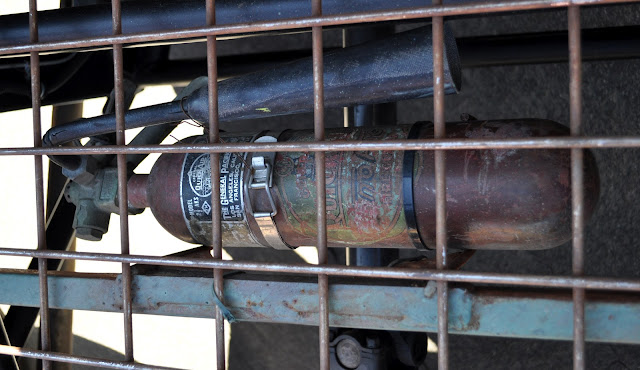 Not many people include bitchin old fire extinhuishers... but it is cool. 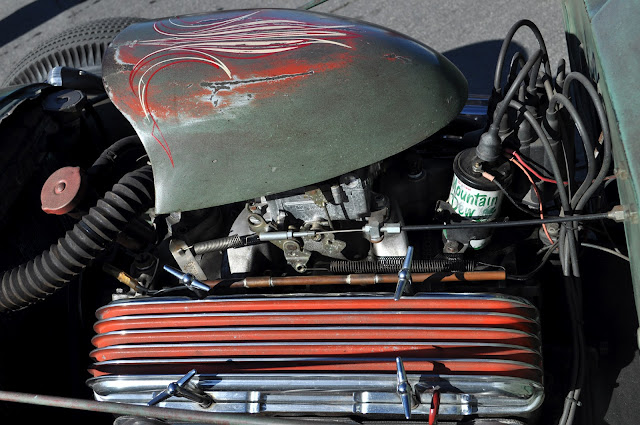 and having an old can wrapped around the ignition coil is not uncommon, but never is it oeverstated. It's cool, and I like seeing what guys have found, and how old or auto related the cans original use was. The more unusual the better
at Sunday, February 05, 2012