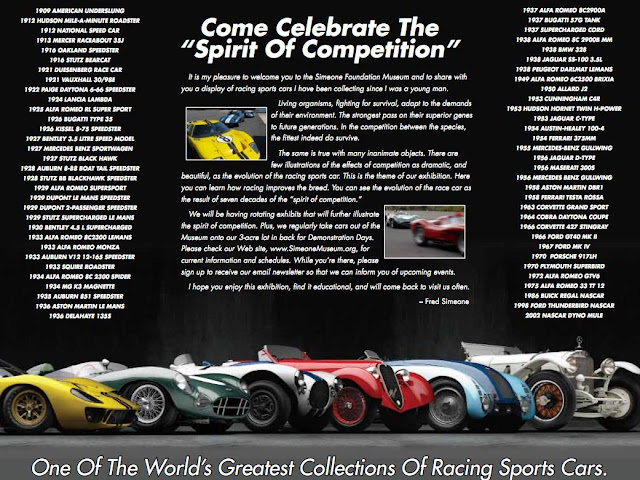 The other museums that were considered were the National Motor Museum of England and the Jaguar Heritage Museum in the UK, the Peterson Museum in Los Angeles, and the Auto Museum Prototyp in Germany.

“This is an enormous honor for the Simeone Automotive Museum, especially considering the quality of the other institutions that were considered,” said Executive Director Fred Simeone. “These are the very best automotive museums in the world and we were humbled just to be considered. To actually win was beyond our wildest dreams. This award is the greatest international recognition to which an automotive museum can aspire.”