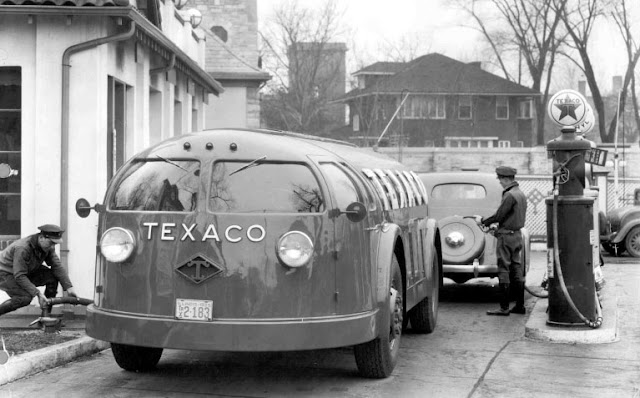 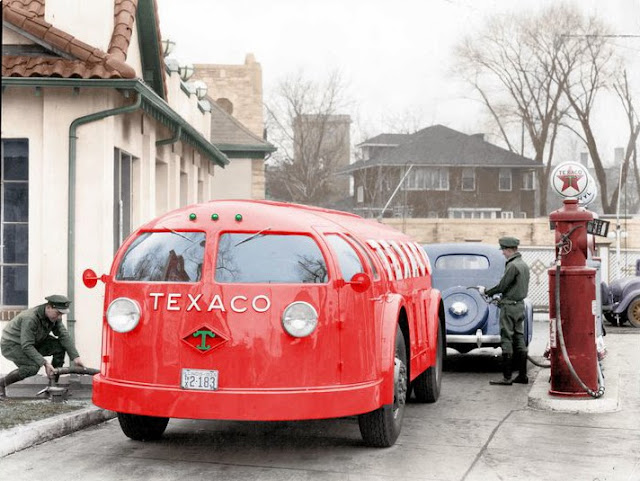 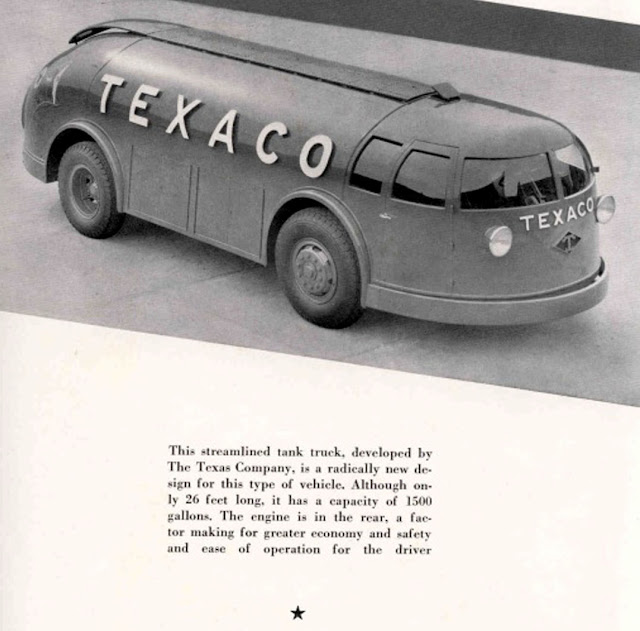 the first 3 photos are also in the article http://blog.hemmings.com/index.php/2013/06/16/sia-flashback-the-1933-texaco-doodlebug-bel-geddess-truck-of-the-future/ 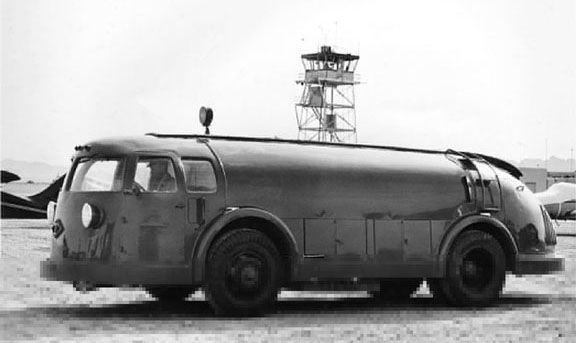 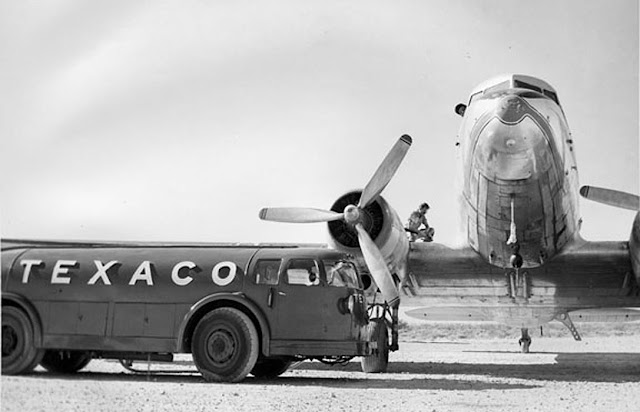 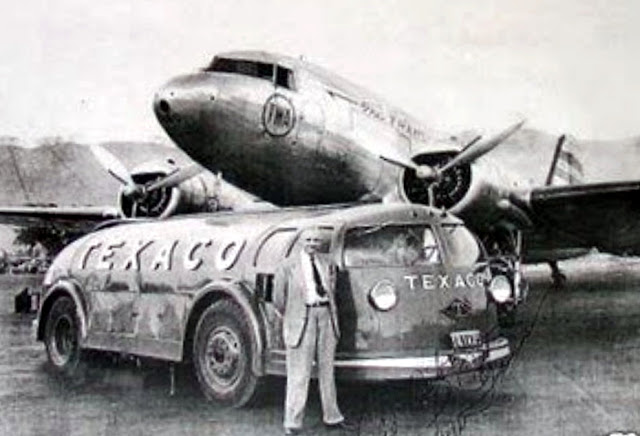 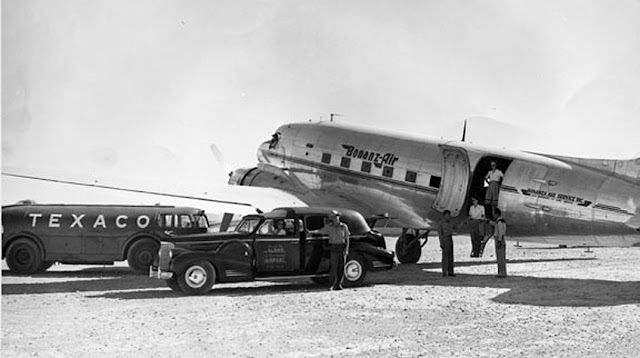 the above and below images are from the same time and place, check out the VIP limo, a 1940Cadillac V16 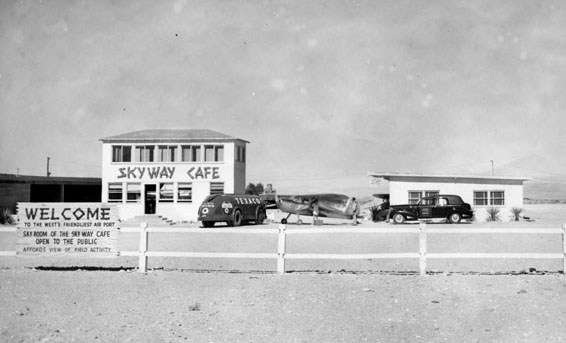 It was stylistically important for several reasons. First, it departed from all common car and truck-body conventions. There were no fenders on the Doodlebug, certainly not in any normal sense. The conventional hood was gone, as were the running boards, cowl,and setback windshield. The "little house on wheels" that made up the passenger compartment of most vehicles of the day was visually absent. The Doodlebug's bread-Ioaf shape was all of one piece and, except for the applied headlights, could have been designed today. Second, the Doodlebug used curved side glass and a compound curved windshield. This last innovation didn't see mass production until the '57 Chrysler Imperial. The "through" body sides were at least 13 years ahead of their time--Kaiser and Frazer put the idea into production for 1946. The eyebrows over the full wheel cutouts reappeared as a focal point on the '66 Olds Toronado. Third, the Doodlebug tapered toward the rear and had considerable uninterrupted tumblehome curve, which were unusual features in that day of boxy bodies.

Most surprising was the overall height. At 72 inches, the Doodlebug stood a mere 4 inches higher than a '34 Ford sedan. No one was building trucks that low in those days, nor do many manufacturers do so even today. Bel Geddes' inspired Texaco fleet, helped prompt other oil companies to produce similarly streamlined commercial vehicles.

I saved these photos yesterday and now I can't find the webpage I got them from
at Monday, July 04, 2011

if you like reading, I'm putting together the best I've found in scrapbooks, anthologies, and poetry compilations
http://better-than-palgrave.blogspot.com
things done at home that make a significant visual or functional improvement
http://designandstyleathome.tumblr.com/
When I can find time, I'm going to put my best photos into a livejournal, the image size is enormous
http://justacarguy.livejournal.com//
And to show what an improvement a moment with photoshop 7 can do for old photos:
http://muchimproved.tumblr.com