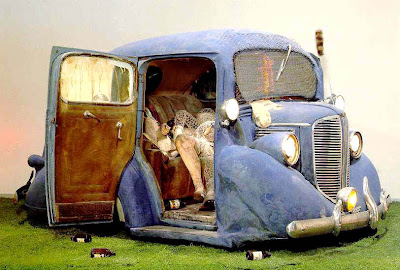 1964 sculpture expressing the "bedroom on wheels" statement about the older generation who were sexualy charged teens in the 30's, but became hypocrites and criticized the 60's sexually charged teens.
So, why post it? I'd love to see a '38 Dodge customized like this, sort of looking like a COE
at Saturday, March 27, 2010