the Ford Motor Company had a fleet of ships, for moving iron ore down the great lakes to Detroit 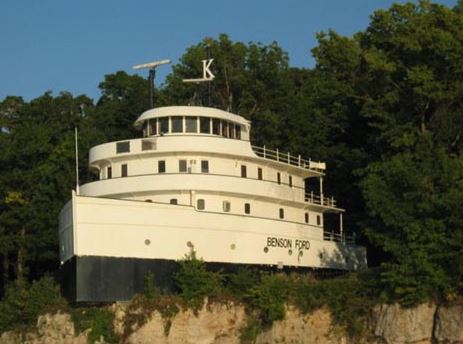 Built in 1924 for use by the Ford Motor Company, the Benson Ford was original utilized to transport iron ore and related materials across the Great Lakes by the growing auto company. 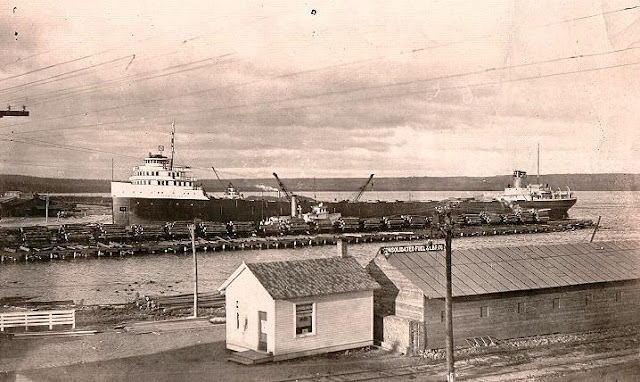 Above the Henry Ford II in L'Anse  http://www.baragacountyhistoricalmuseum.com/photohistory/picture_ford_sawmill_1920s_henryfordII.JPG 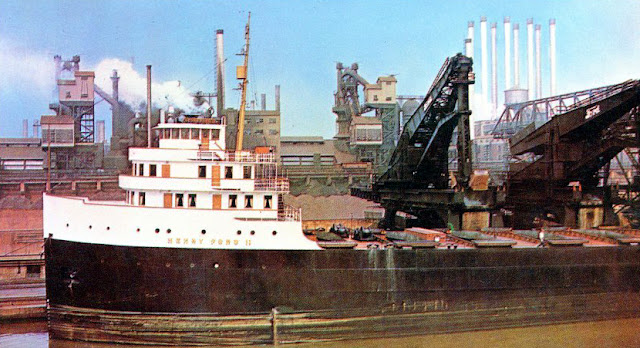 Both ships were named after Henry Ford’s grandsons and the Henry Ford II was officially launched by the youngsters through electrical remote control in Detroit. Clearly the most modern ships on the Great Lakes, the twin ships were the cornerstone of the Ford Motor Company’s lake transport system.

After more than 50 years of tireless service, the Benson Ford was decommissioned in December of 1981 and stripped of the engine and other salvageable parts, sold to Sullivan Marine, for intended use as a barge; however, it never sailed again.

After much consideration, Sullivan decided it would not be cost effective to utilize the ship on the Great Lakes and opted for a less conventional use, so, the entire forward superstructure was removed and transported by the barge to South Bass Island, also called Put-in-Bay.

The 62’ X 59’ foot section was then used as a 7,000 square foot, four story, summer home, which included the walnut paneled state rooms, dining room, galley, and passenger lounge designed by Henry Ford for his own pleasure while traversing the Great Lakes on business. 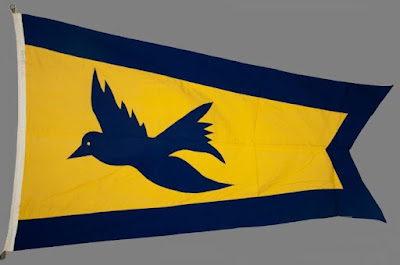 Company burgee from the Ford Motor Company steamship fleet. The flag is blue and yellow and is made of heavy cotton in a swallowtail shape. It has a blue border (5 inches wide) along all of the edges except for the hoist. The center area is yellow and contains a blue silhouette image of a bluebird in flight. 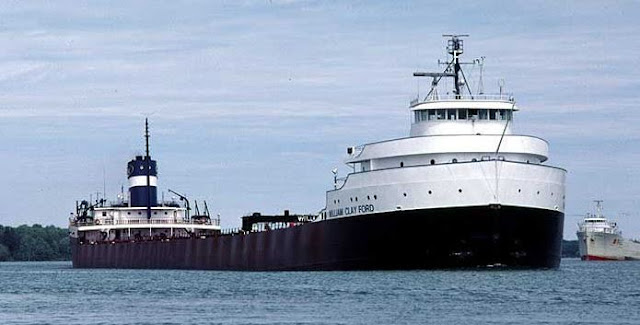