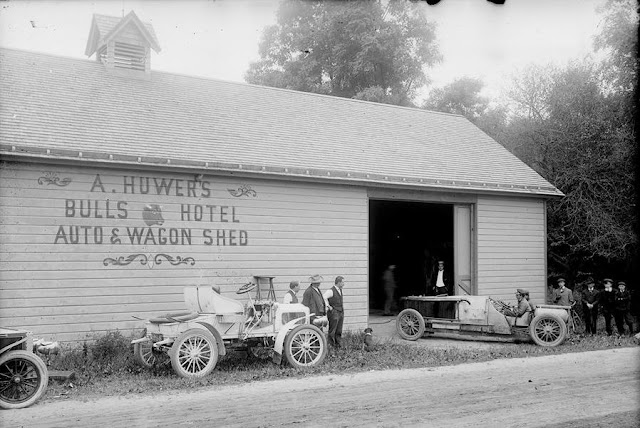 Bulls Head Hotel was the headquarters for racing teams for both the 1905 and 1906 Vanderbilt Cup Races. In 2005, Fred Blumlein, great-grandson of Aloyous Huwer, wrote:

Greenvale’s Bulls Head Hotel, located smack-dab on the corner of that tough turn, played an important role in the 1905 race.

Aloyous Huwer, proprietor of the hotel (and the writer’s great-grandfather), rented his “Auto and Wagon Shed,” to race driver and car owner, Walter White.

White and his mechanics bunked in the Hotel and used Huwer’s Shed to ready his steam-driven racer for the event. White’s machine was the only steam racer ever to be driven in the Vanderbilt Cup Races. 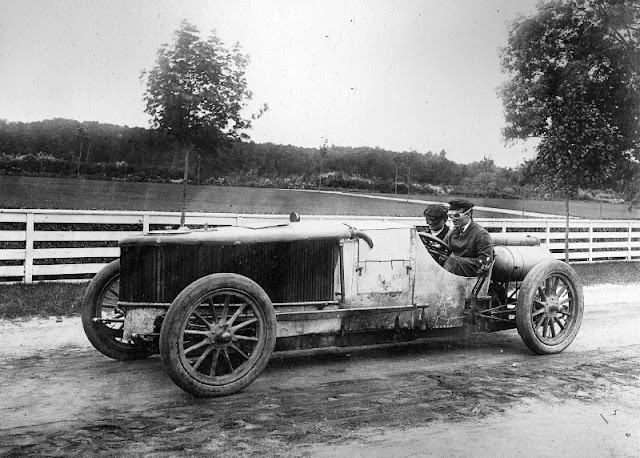 He received an “A” for trying, but had to abandon his car in the fifth lap because of engine and tire troubles. During the 1906 race, the Bulls Head Hotel and Shed became the base camp for the Pope-Toledo car group. They were the last race team to use the site during the races. 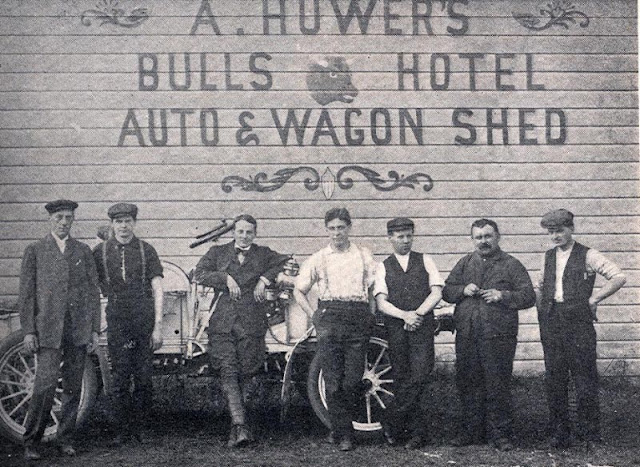