Fifteen states, 3,000 miles, one bike path from Florida to Maine. 30% complete, and slowly growing. Might be done in 15 more years. The biking equivalent of the hiker's Appalachian Trail 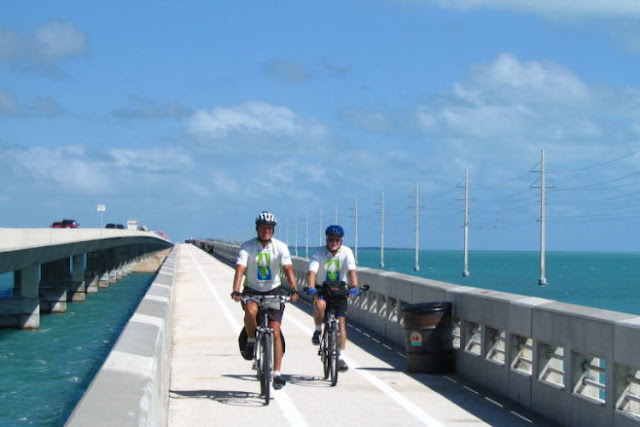 the Greenway Bike Trail, is being built by the non-profit organization East Coast Greenway Alliance (ECGA) is already 850 miles long, or about 30 percent complete, with another 200 miles expected to be completed in the next four years.

The project has been underway for 25 years so far, and that equals only 34 miles per year.
They are building different segments of a trail that relies almost entirely on local volunteers to ensure the path is up to code, and linking together sections of other trails.

The trail is intended to be completely off-road once it is finished, though currently it uses interim on-road sections. The trail connects several existing bike paths such as the trail following the length of the Hudson River in New York, and a 25-mile-long path along the Schuylkill River in Philadelphia.

As it winds down the coast, the East Coast Greenway passes through 450 communities in 15 states,  mostly following the rivers and old train tracks connecting the cities and towns along the coast.

Each of the Greenway-designated sections conforms to standard trail requirements: The material of the path must be strong enough to support a touring bike, and the lanes have to be wide enough so people can safely pass, about 10 feet wide.