Otto Meyer traction engine/locomobile/road trains and the world's largest plow, last built in 1957, last commercial use 1972 (color video).... Was used to plow deep into moor lands and bogs. The extra wide wheels, and cat track, were to keep the farm equipment from sinking in due to the enormous weight of the tractors, and the digging force of the 6 foot deep plow 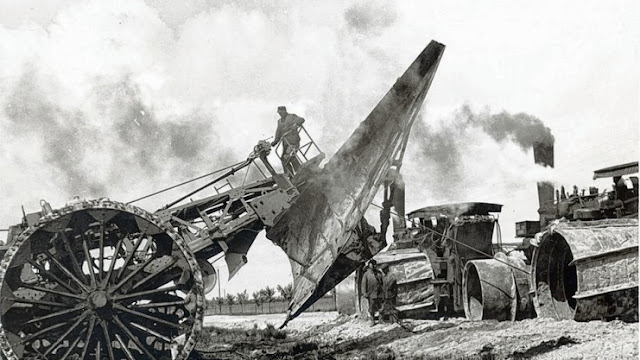 the weird thing is that the enormous tractors don't haul the plow... they winch it. In the photo above you can see the cable. The tractors were on either side of the field being plowed, and the plow was pulled by the cable from one side to the other. The plow was bladed on either side of the center wheel, and would teeter totter to cut into the turf in one direction at a time

A complete unit consisted of four steam traction engines, (also known as locomobiles) pulling one tipping plow at each one side. There was one big cable reel attached under every locomobile.

The plow was led by the cable and pulled from the left side of two locomobiles towards the right of the other 2 creating a big “X”- shape with the plow in the middle. The lateral distance between the two locomobiles could get quite big and was only limited by the cable length. After every run of the plow, the locomobiles moved forward by the desired furrow width. The cable gear system was developed by Mr Max Eyth.

Between 1950 and 1970 the bog areas of the Emsland district were cultivated, they had been determined to be uninhabitable from the 1700s on, but with the invention of the deep plow to get the peat bog from under the sandy topsoil, the next 20 years were undertaken to plow up the North West of Germany, 5 counties, 12 hours a day, 6 days a week, from Easter to October.

The Emsland Plan covers the region of the entire North-West Germany and the counties Ostfriesland Leer, Cloppenburg, Bersenbrück and Bentheim 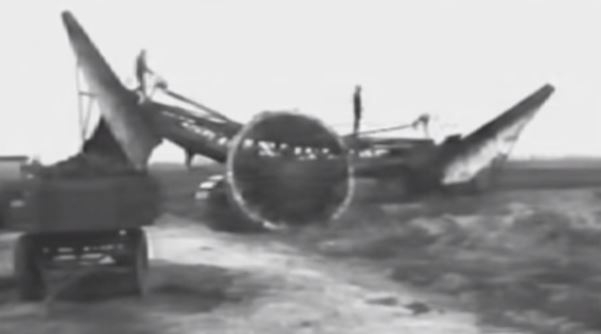 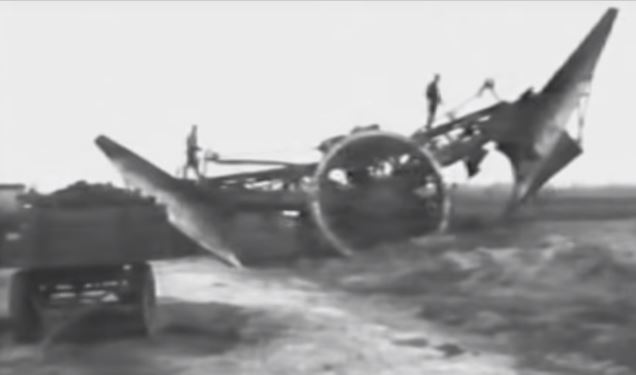 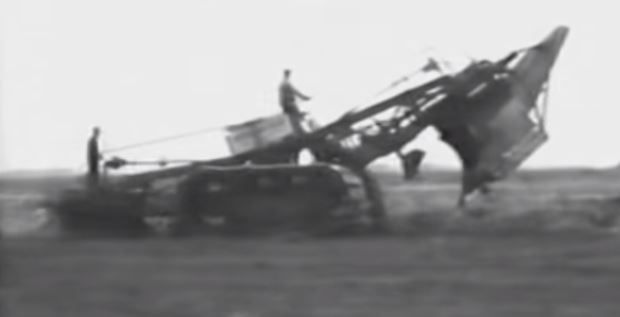 The traction engines (TE's) are positioned on both sides of the field, the TE's are used as a winch to pull the double sided plough two meters deep through the soil. They needed to go that deep to get the deeper peat mixed with the topsoil for better fertilizing.

The TE's were built in 1953 by Wilhelm Otto Meyer. They are two cylinder high pressure engines who have an operating pressure of 20 bar. Each TE has 500Hp. The engines are able to provide the huge amounts of torque needed to get the plough moving.

This is the Emsland Moor Museum in Geeste Germany, opened in July 2010. Coincidentally, the Director General of the German Historical Museum in Berlin, Professor Hans Otto Meyer is the great-grandson of the Otto Meyer that repurposed the 1919 steam engines by doubling their horsepower, and using them to winch the plow across the moors. 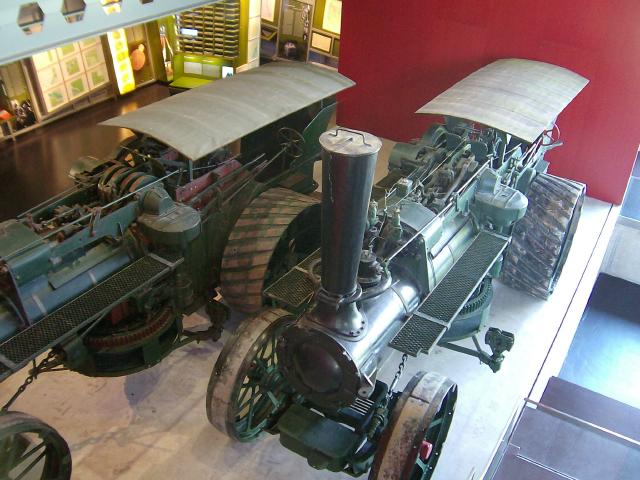 Above, "Thuringia" and "Magdeburg", below "Mammoth" 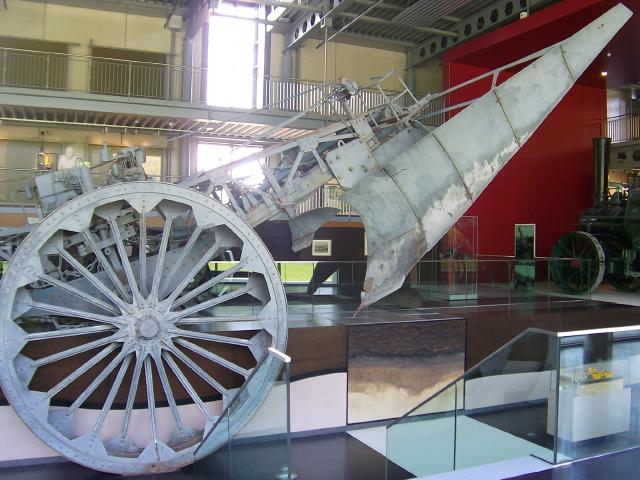 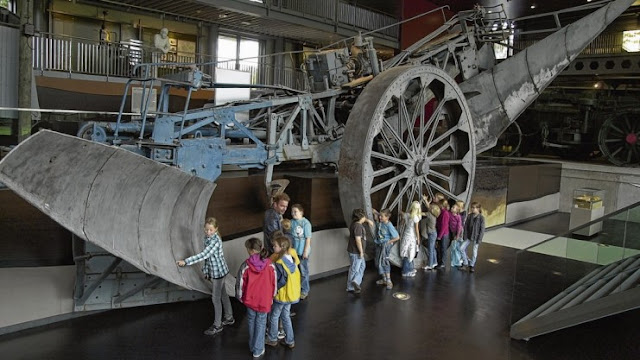 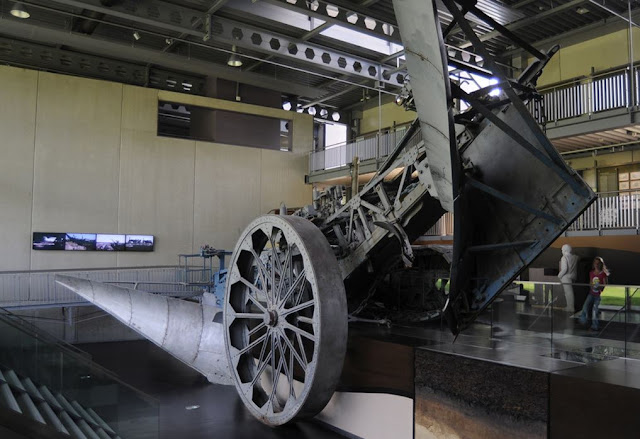 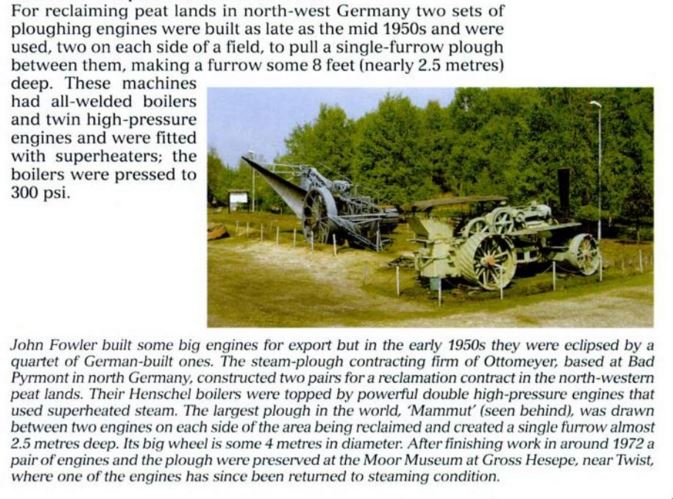 Traction Engines and Other Steam Road Engines, by Derek Rayner


the only remaining example I can find online, is at the Emsland Moor Museum in Germany, consisting of the deep plow "Mammoth", and just two traction engines. 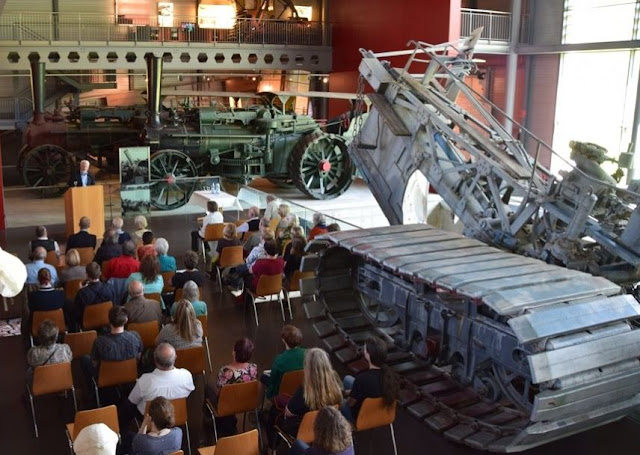 there is also a book recently published (I can't find info online) about the moors, the collection "Moor Tide" Publisher Dirk Roese and the Emsland Moor Museum presented in Geeste the book to the public, with over 300 stories, from 54 authors have been recognized in the 370-page book.

The moors near Bargerveen, were, in the 19th century, the largest contiguous moor in northern Europe 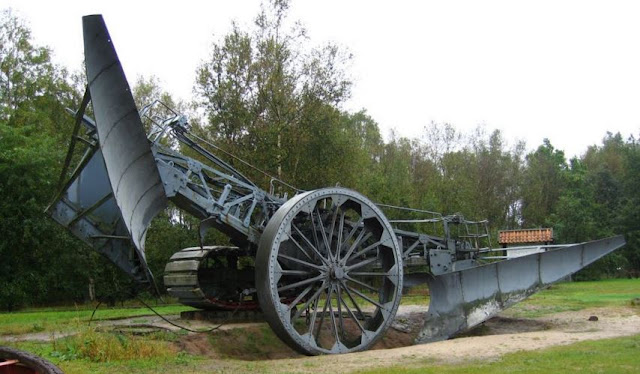