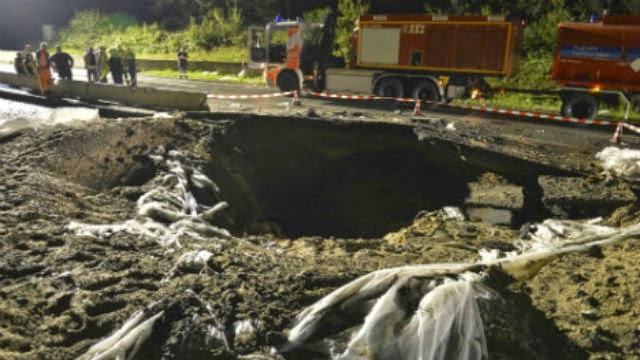 he remnant of World War II was found by a crew working on the flight path at Frankfurt Airport, and authorities immediately took safety precautions as the unexploded ordinance had a blast radius of 300 meters (or roughly 984 ft.).

When the bomb was eventually detonated (an earlier attempt to diffuse the bomb failed), it left a 20-meter-wide crater. Not surprisingly, given the bomb’s proximity (and now the crater’s proximity) to the A3 outside of Offenbach, traffic has been diverted and severe congestion has followed.

Found on http://www.carcrushing.com/british-bomb-just-blew-part-autobahn/
at Wednesday, August 20, 2014