Stutz made fire engines! That is a rare cool item, and one is for sale 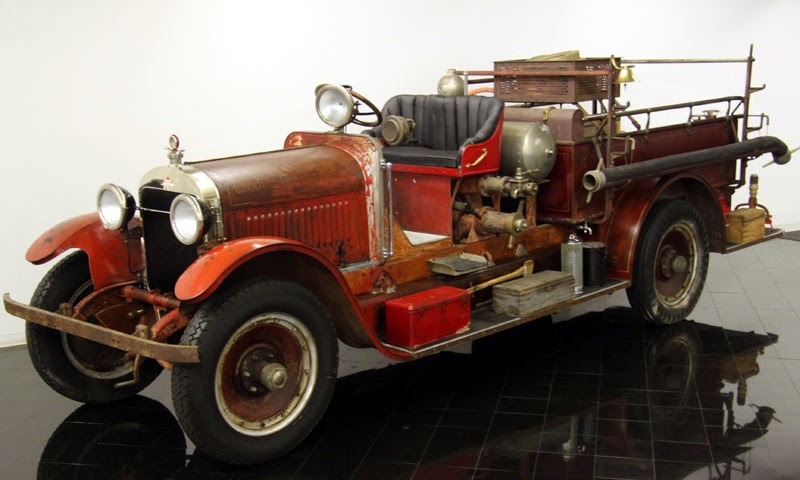 The Stutz High Duty Fire Engine Company came to life in 1919 when A.C. Mecklenburg & Harry Stutz came together to form a new firm to build fire apparatus from Indianapolis, Indiana. With both of their skills of building and selling fine automobiles, the idea of building a strong machine that would not break at the crucial moment when it was most needed came to be. The first pumper was tested in late spring 1919, and by June of 1919 was entered to compete against other fire apparatus manufacturers at the International Association of Fire Engineers in Kansas City, MO. This competition included American LaFrance, White, Ahrens-Fox, Seagrave, and Mack just to name few. Not only did they do well in the 12-hour run performance by taking top honors, they were noted for having the lowest motor pump speed among all exhibitors at only 1,130 rpms and low hose pulsation. It was the only pumper of all eight competitors to finish with a perfect score! The new advertising read “Made Good In a Day!”

the St Louis Car Museum is selling off a lot of vehicles. http://www.stlouiscarmuseum.com/stlcarmuseumtemplate.asp?id=1891
at Thursday, March 06, 2014